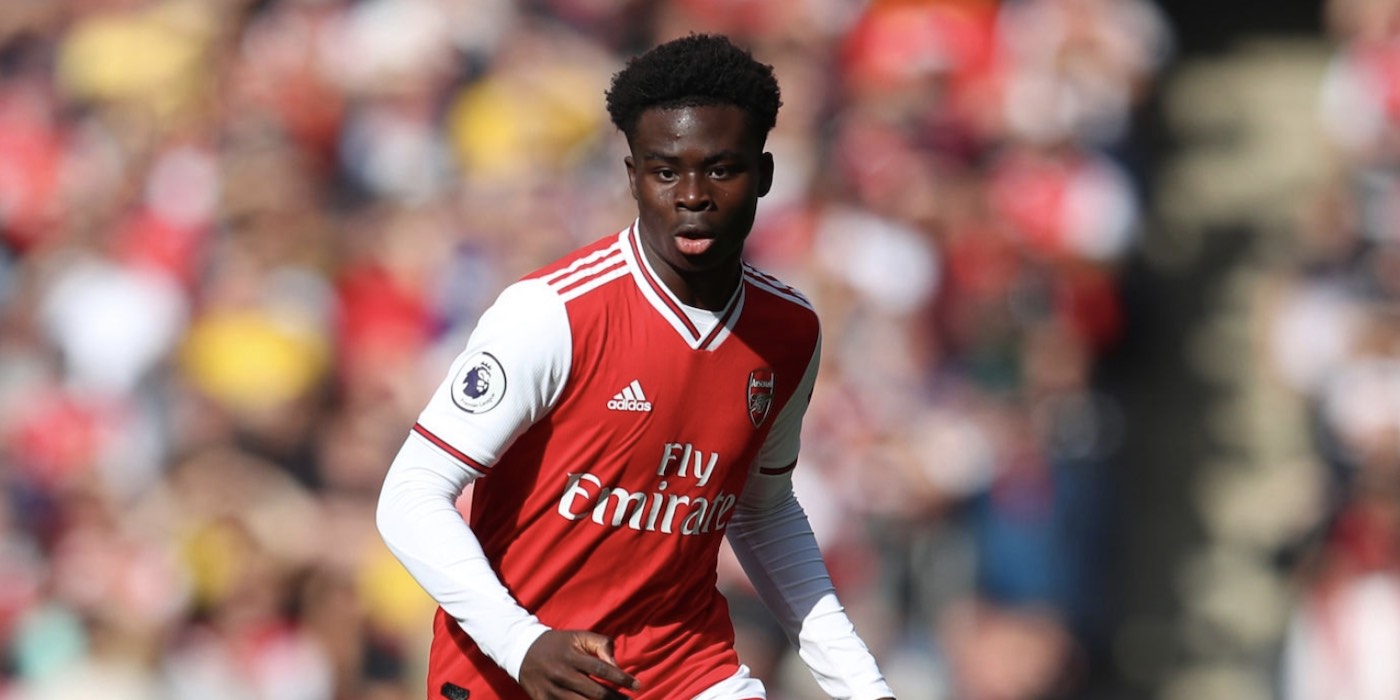 Although Alex Lacazette is back in the squad, it remains to be seen if he’s considered fit enough to start, and if not chances are the exciting 18 year old will be play from the left hand side again.

The Academy graduate has taken a big step forward this season after impressing during pre-season, and he says he’s feeling confident by the way he’s been used and how the other players have helped him.

“The players give me a lot of confidence,” he told the Evening Standard.

“I just try to go out there, do my best, play without fear and doubt. If the boss trusts me to do it I can do it.

“I don’t feel the pressure. I try to go out there and not think about the outcome, just focus on the things I can control.

“Even if things aren’t going well I just work hard and the game will take care of itself.”

And while Lacazette’s return might see his chances of playing diminished, he’s backing himself to challenge anyone for a place in the team.

“Do I feel ready to challenge him? Yeah!,” he said.

“It’s always good to have all our best players available, all of us competing makes us push to play better and better.

“If one player is injured then others get an opportunity but I want everyone to come back and do the best for Arsenal.”

Great amounts of skill already and if he has the right mentality I reckon he can be a big star in the future and help Emery avoid getting the saka by playing the Saka.

How long before we sell him to Liverpool so he can warm the bench like Chambo?

Can you not just enjoy an exciting player without coming out with this kind of talk?

If things don’t work out for him here (obviously I hope they do) then I’m happy to take another £35m from Liverpool.

More than? Unless he’s as crocked as Ox was for us (if we have to speculate!).

Chamberlain had the offer to stay but decided to go to Liverpool. He chose that in spite of Wenger doing all he could to keep him. That’s how he repaid the faith and support he’d had from Wenger and the club during long periods of injury and poor performances. When he finally showed consistency over a season it was in a position he didn’t fancy playing in and off he went to Liverpool where bench time and more injury followed. I’m just glad we got a decent wedge for him.

Nonsense. Ox was sold because he was too inconsistent. I can never remember him showing any consistency. I’m sure Wenger was happy to be rid of him

I’m sure Chambo is pretty upset as a Champions League Winner…(even if he didn’t play in the final). If we wanna stop losing players we better at least get back in the Champions league…ASAP and then hopefully kick-on to where we should be – perennial contenders. Got the talent – time to deliver.

A Champions League he contributed the sum total of fuck all towards. The medal he got was for having signed the contract and wearing the Liverpool shirt, nothing else.

He is undoubtedly with a better team now and his contributions to the progression of that team are as stated above, virtually nil. We got the best out of him and 35 million to spend on other players when he left. No need for regrets on our behalf.

Whenever have we sold a successful player who hasn’t wanted to leave. I can’t think of one

How much did we get for Ramsey?

Wenger really didn’t sell players the last 5-6 years unless they forced him to which meant we tended to keep hold of more squad players while some of our better players chose to leave (RVP, Henry – he won the cl with Barca, fabregas, nasri-player pretty well for city for several years). I can’t think of a single player Wenger sold who wanted to stay the latter years

That’s pretty normal though for most clubs. Generally players aren’t sold unless they want to be sold given the power they have in the era of Bosmans.

Sorry down voters. Name me one if you disagree

For me the best thing about Arsenal this season has been the exciting youngsters.

He’s certainly saying all the right things, and clearly appears to have his feet on the ground. If he keeps trying to improve in every game, I have no doubt we have a future England international on our hands.

We have a much bigger squad now.
Pray for an injury free run and we will see how good we can be.
As for Mr Saka…….he’s class!

I like how the young boy is approaching his game and the courage that he has, its gonna help him reach his climax. He has said he is not scared of anyone and wants everybody to be fit because it brings competition into the club so that it gets good result

If anything, it should be Pepe’s place at threat.

Pepe has loads of potential & has shown some real flashes. I really like what Saka is doing – he doesn’t look scared at all out there & is willing to take on players (Pepe is doing the same but is lacking the final product right now). BUT some of this comes down to the fact that nothing was expected from Saka while Pepe was expected by many to be an instant star. Remember it took Sanchez a bit to really get going to the point where there were rumblings of us not even trying to extend his contract after… Read more »

Definitely agree We’ve not seen everything from Pepe yet, there’s the pressure of that transfer fee, and being at a new club in a new country, Saka might be new to the premier League but he’s in familiar surroundings at Arsenal so he doesn’t have that issue

You would probably have said the same thing about Henry and Bergkamp after their slow starts. You don’t become the 5th highest rated player in Europe for nothing. He is improving and just need a few more matches

Emery’s changed the dynamic of our squad, it’s just going to take time to implement, people need patience. Last season we had no wide players, Ozil, Mkhitaryan and Iwobi’s natural games were to drop into pockets, and Aubameyang+Welbeck were strikers playing wide, who attack the spaces. This forced Emery into playing wing backs, with Kolasinac + Niles on the overlap. This season we have Pepe, Saka, Martinelli, who are all direct forwards who dribble, press and continually provoke, we also have Nelson who’s a hybrid winger, who’ll do a bit of both, he’s rapid over short and long distances, but… Read more »

So we’re picking xhaka for his aerial ability… ?