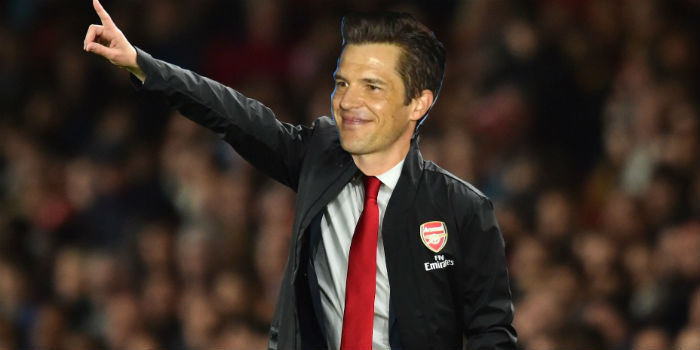 It has been confirmed that American band The Killers will play at the Emirates on 6 June next year.

How do I know? Somebody told me.

Given how bad things have been for Arsenal recently it’s hard to believe everything will be alright by then but perhaps the arrival of Brandon Flowers and his musical cohorts will give us supporters a reason to smile like we mean it. We’re trying to look on the Mr. Brightside of life.

Like the Gunners, The Killers peaked in the early-noughties and have been getting progressively worse. You might say, they were good when you were young.

Still, by the time next summer rolls around, any Gunners fans in attendance will likely have fun rejigging the words to Emery was a friend of mine. That’s unless our Spanish coach is still in the job…for reasons unknown.

Right, you’re probably fed up with all these puns that I’ve done. It’s time to run for cover.

Bruce Springsteen, Coldplay, Green Day and Muse have also played at the Emirates.

Arteta calls on returning supporters to get behind the team

No doubt the killers will storm off stage telling all the fans to fuck off and then expect everyone to be ok when they don’t apologise. ?

Absolutely loved their first 2 albums, even the b-sides released after that was pretty good. But they have really taken a nosedive since then.
Couple of good songs here and there, but its nothing compared to the beginning.

Btw, love all the puns!

Pepe:
Coming off of the bench, doing just fine

Are we human or are we arsenal board..

Sorry, got a bit of punettes.

Shouldn’t it be I’ve got Soul but I’m not Sol Campbell?

Finally a deadly team playing at the emrirates

I came here exclusively to pun, you bastard.
Well played

Can we get Brendan Rodgers instead of Brendan Flowers please.

Sam Fender is supporting, check the guy out, he’s going to be big.

Can we get Samuel Umtiti instead of Samuel Fender please.

Hardly surprising, he’s a geordie. I think they invented obesity.

It will be a new thing for them when they are booed for not leaving the stage quickly enough at the interval.

Thank you, I laughed aloud for the first time reading this site in a long while, I also spooked the organic chemistry class I was proctoring at the same time. Two birds, one stone.

Christ they are awful! Oh well, at least they’re not Muse.

Anyone who feels Emery should be sacked can Read my Mind

Why such boring mainstream acts? Let’s have Nile crush out their new album and “greatest hits” at the Emirates instead of always having to play at the Dome in Tufnell Park. “Lashed to the slave stick” come on!!

Green Day playing there is more appropriate given how dookie the gunners are playing and watching them has turned me into a basket case.

Great. Something more mediocre than Arsenal at the Emirates.

Wake Me Up When the Season Ends

Arsenal roster: I’ve got soul but I’m not a soldier

Well, at least the American Idiot has left town. What’s that? Oh.

Why is there no pre sale for season ticket holders as in previous years?

Oh yesterday I had a dream, they told me don’t worry about Arsenal as things would get better. In their own words: “We’ve got a soul, but we are not soldiers”