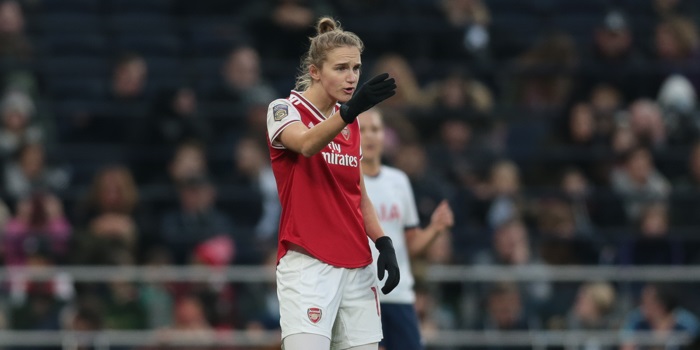 I admit to experiencing a large dose of FOMO (Fear of Missing Out) when Freddie Ljungberg replaced Unai Emery in temporary charge of Arsenal on Friday. Some weeks ago, I made the decision to miss the Norwich game to cover Arsenal Women’s game against Bristol City. I was already wavering when it became apparent that there were engineering works impeding the journey to and from East Anglia.

After the Leicester match, when the back-channel briefings suggested Unai Emery’s job was safe for the medium term, I gave up my ticket for Norwich. Little did I know that it would signal the start of a temporary new era. I was offered a ticket at the 11th hour, but declined, satisfied that I had made my bed and I was happy to lie in it. Besides which, I thoroughly enjoy covering the women’s games, which is the main part of the reason I made the call in the first place.

It turned out to be exactly the correct decision. The departure of Unai Emery was never going to solve Arsenal’s issues instantly, but leaving that aside, Arsenal Women thrashed Bristol City 11-1- a record scoreline for the WSL. I will leave more august and impartial women’s football journalists to justifiably pontificate on whether such score lines are good for the health of the league and the product.

What I saw today from Vivianne Miedema was the single most devastating individual performance I have ever seen from a player. With 25 minutes remaining, Arsenal led 10-0 and Viv had scored six and set up the other four. These weren’t incidental assists either, where she just happened to have the penultimate touch. These were goals she crafted with her vision and delivery. Two right wing crosses, two left wing crosses.

? "She's a number 10 and a number 9 all in one!" @VivianneMiedema is @Stillberto's one to watch tonight ? pic.twitter.com/KSVH3wB887

Miedema is a predatory number 9 who thinks like a 10. I asked her about this just a few weeks ago. “I have lots of freedom at Arsenal and if you watch my games, yeah, I would say I play more like a 10. I know I have my goalscoring qualities, but I like setting people up. I like to drop and pick up the ball and see if I can send someone through on goal,” she told me.

Arsenal’s fleet of attacking midfielders enjoy running into the space she vacates, as she proved on four separate occasions this afternoon. “We have lots of players that can get into the area, Lisa, Beth, Jill, DvD,” she told me after the game. “We have a lot of power going forward and that’s the good thing about playing in this team, we don’t have to stand in our positions and we can mix it up. I am really happy with that, that suits me and I think it suits this team.”

Miedema’s insistence on talking in the collective sounds like a trope, but it’s felt. For a start, she famously rarely celebrates her goals with little more than poker-faced acclaim. Her diffidence means that, irritatingly, she is constantly omitted from the podium when it comes to individual awards. Yet Viv’s total and utter indifference- bordering on disdain- for individual awards is the stuff of legend. Today, she was true to form again when quizzed on the subject.

queen said what she said and that's on PERIODT https://t.co/GgyWfqRORV pic.twitter.com/jdMZdrZjbc

That aside, Miedema is a special player, a force of nature. I usually resist comparisons with the men’s game, but she gives me the same feeling I had when Thierry Henry was in his pomp. I often turn up to Meadow Park, look to the opposition and think, “you’re already 1-0 down before you start.” Today it was obvious that Viv was ‘on it’- to adopt peculiarly British footballing parlance- from the first minute.

She roamed the pitch ballerina like, the black shirted Bristol players relegated to a mere audience in the Miedema theatre. She was on the left, on the right, on the halfway line and, most crushingly for Bristol, in the penalty area. Prior to today’s game, Viv had the most goal involvements in the WSL with 7. Today she pushed that bar to 17.

I’ve been watching Arsenal Women for around 25 years and I have seen some of the best players to grace the women’s game. One of them, Kelly Smith, was in attendance today with the BBC. Miedema might just be the best of the lot. Arsenal Women are worth watching for many reasons, but I urge you, if you can get to Meadow Park, go and see her play. Greatness is rare- it is even rarer in the team that you support. It is to be cherished.

That was 10 out of 10 performance. The league is ours. Thanks for covering Arsenal Women Tim.

I wonder how many goals she’ll be involved in when she is fit and can play a full match?

Wish I was at Borehamwood today instead of watching the men on Sky! COYG

Watching her – particularly in the first half today when she was crossing sublimely from both sides as well as finishing – was a joy. Part of that is her ability to execute her role in the game plan, which, along with how Joe set them set up, completely destroyed Bristol today. I think she’s already sent her response to the Ballon D’Or judges.

Holy Moly what do you get for that masterclass the game ball and the net?!

Perfect summary Tim. Ms M is a special footballer & her humility is legend. Not sure if it was her first or second goal today but it was the one where Lia Walti planted the perfect lofted pass at her feet and she turned to acknowledge the pass even as her shot hit the net.

I’m a big fan of a player who scores as much as she does but looks happier to have created.

When can we expect her statue?

Huge attacking freedom today with three at the back and Lisa on the wing instead of at rb. Interesting to see if we do it more often, especially considering Evans and McCabe are both top WSL level wingers as well as being able to play ably at fullback.

Immaculate.
Not so much a player as a deus ex machina yesterday.