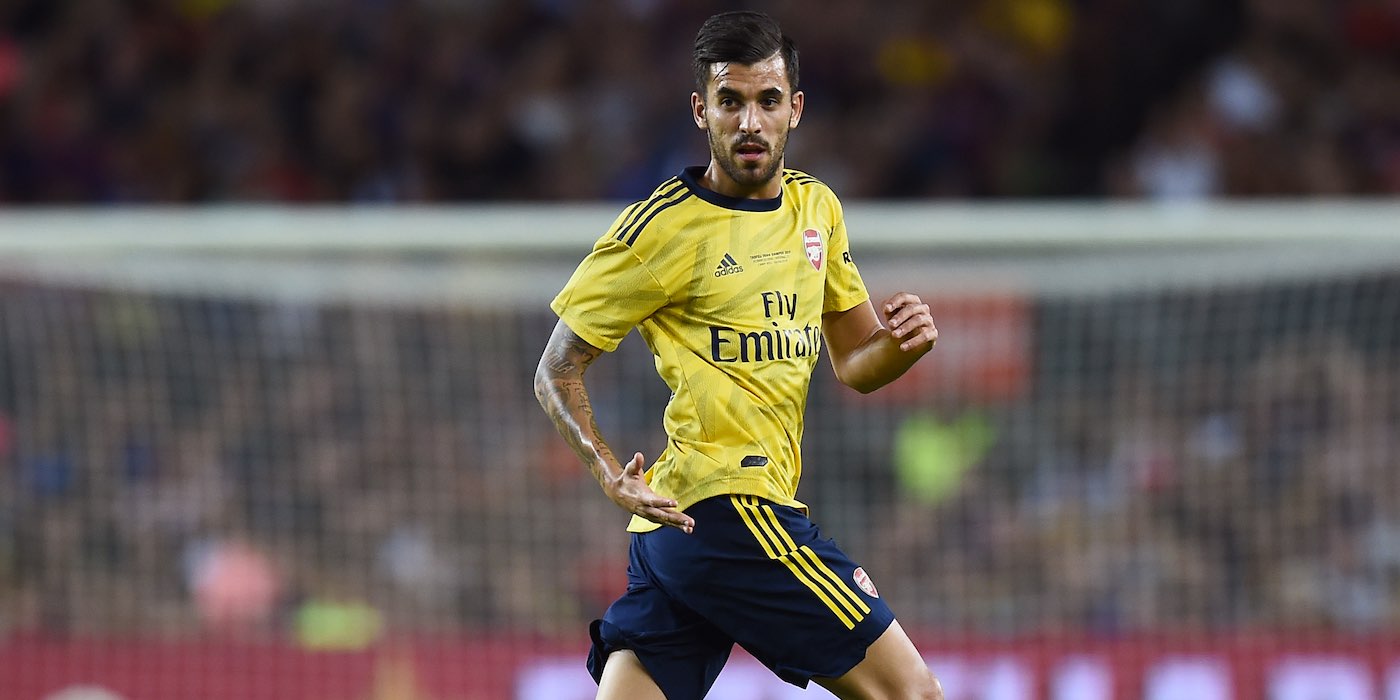 Dani Ceballos may be fit again after his hamstring injury but he hasn’t been included in the squad for Arsenal’s clash with Crystal Palace this afternoon.

Judging by Mikel Arteta’s comments in his pre-game press conference, he has a clear idea of where he might play his compatriot in the future but it sounds as though he’s not quite up to the fitness levels to be considered competitive.

Speaking on Friday, the boss said: “He’s much closer to the fitness levels that I expect from him to be competitive with his teammates.

“Obviously, he had a long-term injury, he had an adaptation to this league.

“I know him really well from Spain, I watched him many, many times. He’s a player who can fit our style and now he needs to make the step forward and make things difficult for me, for my selection.”

Ceballos may be known for his trickery and technical quality but Arteta doesn’t think he’ll use him in Mesut Ozil’s position. Instead, he thinks the Real Madrid loanee will work better as part of a midfield duo.

“I like him more when he’s close to the box rather than coming deep to receive the ball,” explained Arteta.

“Defensively he can play in a two, rather than as a number 10. I don’t really see him as an isolated number 10 playing with two holding midfielder.

“He’s a very creative player, one who can cause problems in the final third, he always wants the ball, he had beig personality to play so I like him.”

OK o tell it to them, those who think Ceballos is a number 10. I have always seen Ceballos as a CM as he lacks the killer pass and intelligence to play as a CAM.

If only ‘They’ were as intelligent as you are obviously.

Arteta is not doubting in his intelligence, , neither are “they”. Seems it’s only you

Just wanted to say that Emery thought the same way about the way to use Ceballos.

The lone upvote there is my error. Apologies to everyone else.

If you upvote in error pressing down will remove, and down again to do what you wanted in the first place.

The CM/Deep lying playmaker is one of the most intelligent parts of play. No wonder great managers from that position

Hum I think Arteta meant more like Ceballos could play as a forward, as one of the two players pressing high, rather than as a midfielder sitting in front of the defence.
So basically the job Aubameyang is doing right now.

“Defensively he can play in a two, rather than as a number 10.”

Put it simply, he is a number 8, something most of us have known anyway.

No, most of fans thought he’s got to be a playmaker or a pure winger and criticized Emery for it.

I, for one, thought him to be an 8 not a 10. Generally found it weird that people thought of him as an attacking midfielder on the blogs but figured they might know better…

He doesn’t like he’s coming deep to receive the and needs to play closer to the opposition box (number 10) but he sees him more as part of a midfield dou?..

What am i missing here?

The skills and trickery would be handy for a deep playing no8. He can link the play from the back and find ways out of tight spaces when we’re being closed down near our box.

Doesn’t matter.
He will be gone come the end of the season.
A very disappointing loan move – right up there with Suarez.
Loan moves are pointless for a club like Arsenal who should be building for the future instead of developing other team’s players.
You don’t see Liverpool and City “loaning” players.
But then again – Arsenal are not a top four club anymore…

Will
Reply to  Leon

Why so much negativity?

Fkn bang on…ceballos is so lightweight it’s not funny. A replacement for Ramsey for a season?! Joke. Mhkitarayan under arteta is a more intriguing option.

First of all, he is not an Arsenal player, but a loanee UE wanted to train for Real next season. No interest.

Man ur hate for Ceballos is at another level. First “15 mil” and now “he is not Arsenal player”. Whether you like it or not, he is an Arsenal player till summer. Just support every player and keep hatred away.

Will be interesting to see if he can add in deep midfield to help Granit=Torreira. Thus far this is our best pairing and they cancel out each other’s weakness. But as mentioned one knock or suspension to either one and we may struggle. did not think Guendouzi was doing anything wrong and he was good second half against Leeds but he is still on a learning curve. Frankly see Cebellos AS a number 10 but if Arteta feels he can drop into the deeper role, it may negate the need otherwise to find an extra body for rotation (say an… Read more »

So he isn’t a pure 10, cannot distribute or penetrate from deep, but his defensive side is better in a midfield two.

And he can’t replace Ozil which is his preferred position.

Reading between the lines, it seems like he doesn’t work so well in a structured midfield defensively. And needs to curb his ball hogging instincts for the good of the team.