Arseblog News – the Arsenal news site
Home Staff Manager Arteta: Lack of European football next season would be a concern 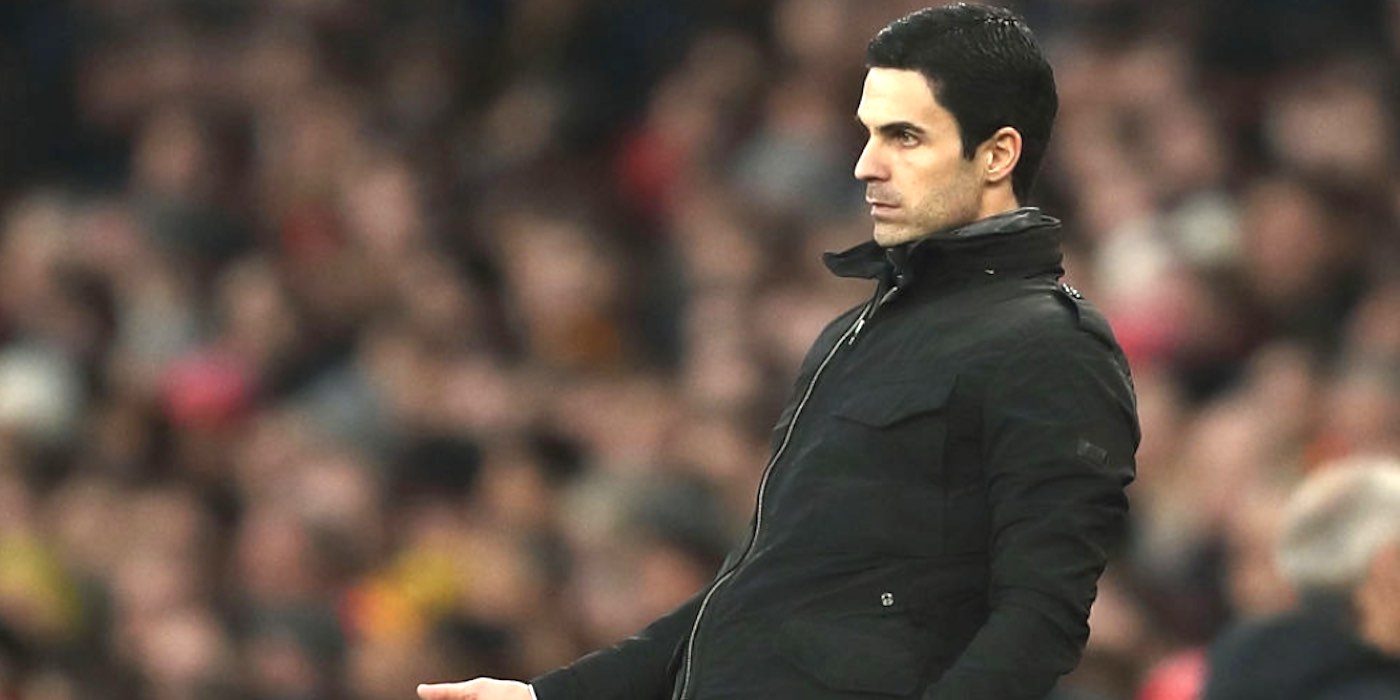 While he says he’s completely focused on what happens this season, Mikel Arteta admits that no European football next season for Arsenal would be ‘a big concern for everybody’.

The Gunners are now in their third successive Europa League campaign, but the domestic issues that have plagued the team – just six wins from twenty-three league games – mean even playing in that competition is far from assured next time around.

The aim at the beginning of this season was to get back into the Champions League, and that’s where Arteta is setting his sights as we prepare to face Chelsea at Stamford Bridge tonight.

Speaking about the top four, the Arsenal boss said, “It’s very, very important for us to win this game to fight for that.

“The game we played at home could have made a big difference and we were very close to it. Tomorrow we need to win.

“I don’t look at next season at all. I just look at what we can do to get better, and what happens next season is only going to be a consequence of what we are able to do this season.

“We cannot waste these four months just thinking about next season, because the hurry of a big football club is now, not in the summer.”

The Spaniard is keeping a positive outlook, suggesting that a run of good results could change the complexion of the table.

“If we are able to win three or four games on the trot, then we are right there,” he said.

“That’s the challenge we have and all the teams have at the moment. When you look at the results from the weekend, all the draws, and how one decision changed the whole game between Burnley and Leicester, the margin is not that big.”

talk about fall from grace for such a big club, that we aren’t even assured of Europa league football next season.. goes to show how much we took what Arsene did for granted. I miss those days 🙁

Wenger-out brigade wanted him out as they said we have a great squad but Wenger’s tactics (justifiably at times) and man management are responsible for our slide and when Emery did well they said it proved their point. Once Emery started failing they started saying that the rot started in AW’s time and went as far back as 2010(even though personnel have changed and high profile signings have been made). Now, look at the traits they are hailing in Arteta – ‘away or home we want to win playing our football’ ‘we want to concentrate more on us than opposition’… Read more »

Kind of a roundabout way to say fans need to be patient and using the Arsene Wenger situation isn’t the appropriate example for that. Many fans were patient even until the announcement, and most agree he went when the time was right. Arsene was so loved that the first time protests broke out at the emirates, the responding chant was ‘ONE ARSENE WENGER’.

We all would have loved to win one more premier league under Wenger. But once Leicester beat us to it, most of us knew that the chance had gone for Wenger and the problems became bigger.

On the contrary that gave me hope. What made me think it wouldn’t happen was the fact that we didn’t strengthen the squad with the aim of actually trying to win the League.

Arteta won’t be replaced because he’s here to carry out a project to try and make us a better team and where we believe we should be, back in Europe and challenging for the League. Ideally we want to be in the Champions League but even Europa League football is important and it’s ironic how many people have turned their noses up at that. It’s about time we got to grip with the real world as a fan base.

The human nature is a complex thing. Only God can unravel it.

I expect thumbdowns for this comment but the truth has to be said. I believe, on the contrary, that Arsene (inadvertently) setup the downfall. It all started the moment he decided just after our early 2000s success, to prioritise ‘top 4 trophy’ & to sell our best players to rivals (instead of building on it) to be ‘financially independent’. Well look how that financial independence turned out, overtaken by sp**s & out of Europe’s top 10 for the 1st time in a long time

Chinaman
Reply to  The Dream

Tbf, I dont think Arsene or anyone else for that matter imagined we’d ever see a bunch of billionaires blow money on a football club. Chelsea’s millions came at the same time we moved stadiums.

Grousie
Reply to  The Dream

I don’t think the austerity would halve been Arsene’s choice, to be fair…

TOGooner
Reply to  The Dream

Wenger was right on so so many things. But he was absolutely wrong about the need to the most financially responsible club. It just sounds like such an antiquated idea in today’s world. If he obtained rich investors to pump money in the club so we never had to worry about stadium debts, what would have changed? Look at us now. We are outright owned by an American businessman and buying players on pretty heavy instalments. That was too naive and idealistic, just as Arsene was. He didn’t realized in the 2010s people wouldn’t care about the ugly capitalist gears… Read more »

Not a big enough concern for the club to make some much needed defensive signings though.

And what top class defenders have signed for any club this window so far???

Our club is run bu donkeys, if rauls job isnt at least under consideration i dont see this getting better.

Sanlehi has been creative in market at least where Mslintat was plain lazy.

BUT he’s also a bit out of depth considering he never had much experience at Barca either.

Luis Campos was the Director of Football we should have made a play for to first help Wenger then later Emery. Much more savvy in market.

A clear run next season with no distractions and less injuries hopefully, might be worth a hit for one season. I’d take no euro football over playing on Thursdays against some tripe from the arse end or nowhere, to concentrate on getting back in top 4. Sad thing is top 4 is best we can hope for, the top 2 at least are so far ahead of us it’s embarrassing. Hopefully in 2/3 years the younger players will be world beaters and surrounded by other world beaters and we might have a shot.

Santori
Reply to  The Spoon

Trouble is, we have a lot of competition around us. Excluding Pep, Klopp and Mourinho, Ole and United will spend as will Chelsea both close to CL spots. That’s an artificial ceiling right there of 4 or 5 clubs. Had it been 2 or 3, we could reasonably say we have opportunity to sneak back in but with our track record in market compounded by key departures and money already committed to Pepe and Saliba, we have a steep hill to climb. This add the ambition of Wolves and Everton with Ancelotti. Too many Arsenal fans delude themselves. It won’t… Read more »

It’s funny how much my excitement about Arteta keeps making me forget just how badly we are run as a club. The last five years have been nothing short of disastrous and there’s not really even one person to blame, rather a cascade of bad decisions made by a cluster of people. The Kroenkes, Gazidis, Wenger (I still love and appreciate him!), Emery, Sanllehi, Vinai, Stat DNA… have all contributed to this clusterfuck of a mess.

This again. I get the knock on effect from not being in Europe but only the CL is worth anything and we ain’t qualifying for that this year so let’s get used to the idea and plan accordingly. The world around us isn’t going to implode if we spend another season outside of Europe.

The world won’t implode but it isn’t exactly standing still either. That is the problem.

As mentioned. There is no luxury of a transition period for Arteta. he knows that. Some fans up their arse as usual prefer to think Arteta deserves a grace period. He needs to get something today against Chelsea and preferably 3 points. We are in the results business. If you think somehow we are better under Arteta (I’m not arguing we are not), then the results at the moment don’t stack up. with same assets Unai was punching any worse nor has Arteta over 5 games found a way past Sheffield or Palace. And we are drifting further away from… Read more »

Never mind the clean slate, Arteta now needs to wake up to Mustafi and fast. If he doesn’t, the has-been will continue to cost this hard-working team more and more and more precious points – not to mention our chances in the FA Cup and the Europa League. It’s got to be Sokratis and Holding until Luiz is available again. He cannot allow this cretin to undermine the teams efforts any longer. The guy is finished, a busted flush, a constant source of dropped points waiting to happen. That’s two more down the drain tonight because of that idiot. The… Read more »