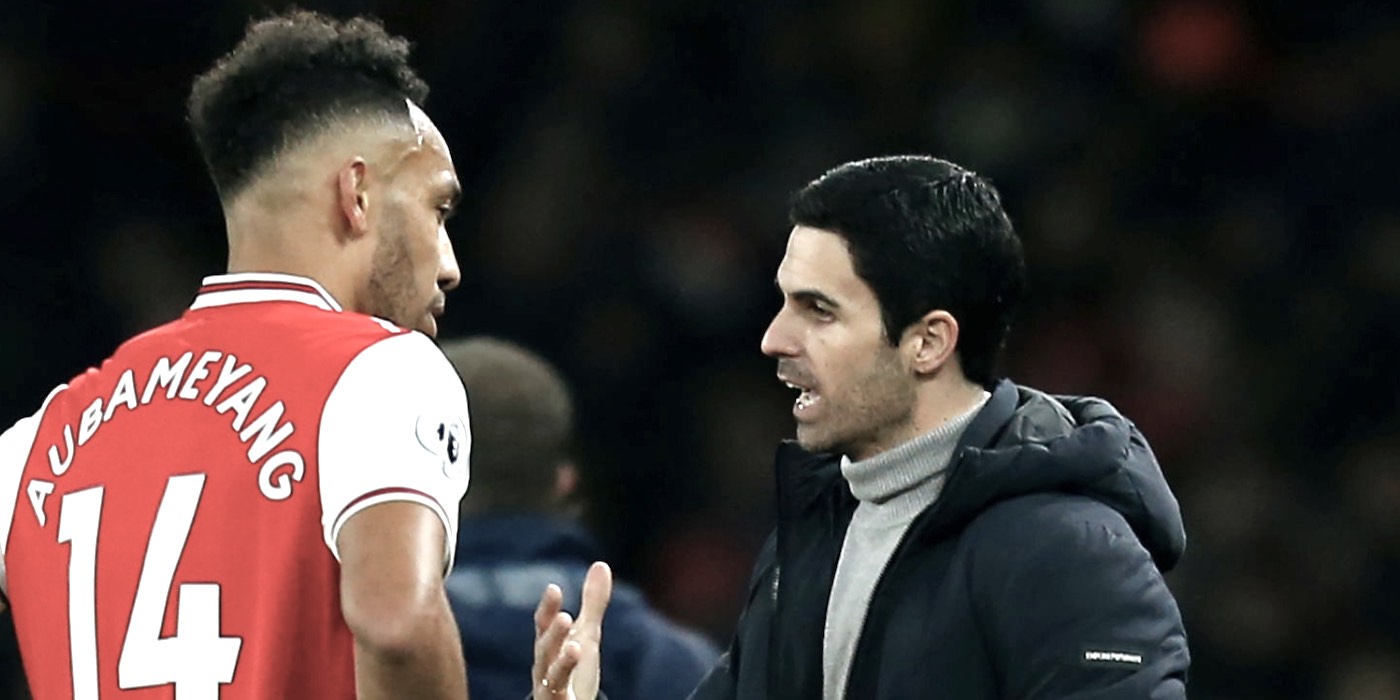 Mikel Arteta says he wants to bring some stability to the role of captain and the leadership group at the club as he continues his new job as Arsenal manager.

There have been many issues with the captaincy in recent times, with Laurent Koscielny going on strike last summer to ensure a departure from the club, while Granit Xhaka became the shortest-lived skipper in recent memory after he was stripped of the armband following his reaction to being substituted against Crystal Palace.

However, the new boss is trying to foster a culture of togetherness as he looks to get the team back on track, and isn’t planning any significant changes yet.

“The more stability we can generate with our captain and the players we have in the squad, I think the more clarity we will have to transmit to the fans what we are trying to do,” he told Sky Sports.

“There are many factors, some we cannot control, but at the moment everything is OK and not the time for me to change things in place because I haven’t seen real things to make the decisions.

“We have some leaders, some are more leaders on the pitch and some more outside the pitch. Some have influence to players that is very necessary.

“We want to bring all together.”

He also made reference again to how he wants this team to behave, and is keen to avoid cliques in the dressing room.

“The leadership many times is related to how this team lives together,” he continued.

“The moment you start to see different groups, they have leaders in these groups, but they are not shared in the best common interests of the group and this is what I wanted to avoid.

“I have been at clubs that have four or five captains. It is more a leadership group than captains. At the end it is one guy wearing the armband and after the team picks the leaders.

“The moment they pick the leaders is when someone talks if they listen or they are looking at the roof.

Arteta speaks so much sence. So refreshing!

Well I believe that he sees Ozil more of a leader than the rest.

Ozil as a leader? LOl

To be honest, we haven’t had a proper leader since Vierra, Admas, and Gilberto.
Koscielny came close, but he wasn’t vocal enough. We need a player who can shout, curse, yell, motivate, communicate, and have the respect of the team at the same time. This fking foofoo sending each other emojis bullshit has to end. We should make sure our players dont end up like the Diva Paul Pogba and do the talking on the field.

The More leaders we have in the team, The better for us.
we can have as many leaders as possible but only one gets to wear the captains’ handband with a deputy.

David Luiz is a Born leader…its good have him around but I don’t see him being named captain or assistant for the short time he would with us but it doesn’t take away the fact he’s a Leader.
More leaders please!

Andrew, I’m sure you know your statement here about why Xhaka was removed as captain is a lie.
(..”he was stripped of the armband following his reaction to being substituted against Crystal Palace”) If the Dailly Mail or The Sun wrote this, we’d be acussing them of trying to create a false narrative.

For the record, It was his reaction to our own moronic fan base that cost him the captaincy. Please set the recurred straight.

Lack of Perspective
Reply to  Harding

I respect xhakas choice to tell a mundane and annoying part of society to stick it at the expense of the role. I would have done the same. Was a an act of frustration to begin with for sure, but his choice of reaction says to me that a personal choice was made, knowingly.

Also, Klopp is truly a good leader. One of the best. He loses his head on a regular basis. That jaw speaks for itself.

So, are captains expected to be emotionless machines unable to feel anything at all? I mean, some of our best captains have been quite hot headed. I’m not saying that what he did was right to do, as it was clearly wrong, but we have to see things as a whole and not isolate things, the guy’s been living a hell thanks to some “fans” been abusing him on social media and even telling awful things as “I expect your new born dies” and we expect that to not take a toll on his psyche? Both fans (not all of… Read more »

@mr eko
The online abuse towards his kid was despicable – but unfortunately happens at every club and pretty much every walk of life towards who choose to spend a lot of time on the internet. It’s not peculiar to Arsenal as some on here seem to think.

The booing also is common in athletics – particularly if fans believe a player is doing something that doesn’t show maximum commitment (in this case slowly walking off to demonstrate frustration at being subbed vs. trying to maximum time to win).

However open to interpretation the Xhaka incident was, there’s no way you can say Andrew’s statement is a lie. Indeed, it was his reaction to the boos after his substitution that got him stripped of captaincy. But everyone here already knows that, there’s no need to keep retelling the incident in detail.

He walked off slowly when we were losing a match. And then reacted badly when supporters reminded him to get moving.

Is that leadership deserving of the Arsenal captain’s band?

@Mr Eko I think your comment misses the mark, mate. Whilst I don’t necessarily agree with the booing, there were definite extenuating circumstances around that whole unsavoury incident. Since the Palace game, I believe many of the same Arsenal fans that cheered when Xhaka’s number came up (mostly because of Emery’s strange decision making I might add) and lost their shit when he walked off slowly having been hurt at said cheers, have warmly welcomed Xhaka back into the fold and given him the respect his decent performances have warranted. So leave off our fans as most are fucking legends… Read more »

Sorry but I noticed the abuse of Xhaka right here before the incident occurred.

Have you maybe noticed abuse against other players on here too? Just so I can mentally prepare to be told to f**k off by them too during the next game.

At least we can trust Arteta to make the right decisions.

So essentially he’s saying the same thing as Unai but some reason, some people here believe he speaks so much more sense… go figure.

Did you see the Man U match?

He is obviously saying something different to Emery.

I know, right?! The group of captains has existed at Arsenal since the Wenger days and possibly beyond. How else do you know who the next captain is beyond the vice-captain?? People never knew what to really scrutinise Emery for.

It also proves the media are absolute shit-stirrers, talking about the players mocking him about the captaincy group within earshot of Emery.