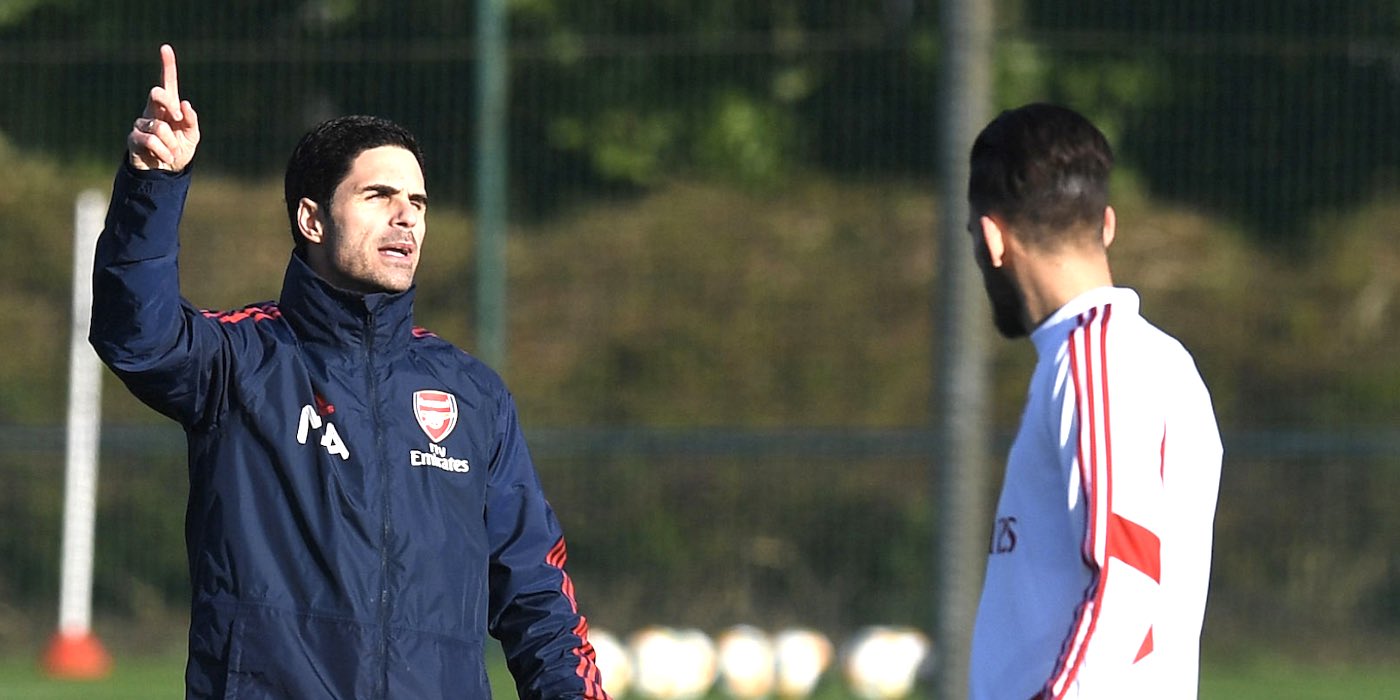 Earlier this week reports emerged from Spain saying that Dani Ceballos has been in talks with his parent club, Real Madrid, in order to cut short his loan with Arsenal and to find a new club before the end of the January window.

The midfielder is apparently concerned at his lack of playing time ahead of Euro 2020, and it was a topic for discussion at Mikel Arteta’s press conference this afternoon.

The Arsenal boss revealed the 23 year old had spent much of his time in charge in Spain as part of his rehab from a hamstring injury, and suggested that the player needs to get back to full fitness and compete for a place in the team like anyone else.

“I had a conversation with Dani,” said Arteta regarding his possible departure.

“When I joined the club he wasn’t here, he was in Madrid because he doing his rehab for over a month with the team that owns him.

“Then when I came here he was doing rehab, the first two or three weeks, he was getting back to fitness, but I haven’t seen much of him because he has only trained with us a week or ten days.

“So it’s very early to assess what I can and can’t do with him. I heard all about those things [about wanting to leave] but I have nothing to comment.

“He needs to get back to fitness, fight for his place like in any other team, and after that I’ll make the selection that I think is fair with what I see on the pitch.”

It doesn’t sound especially convincing, and Arteta didn’t categorically rule out the chances of a departure, so it’d make you think it’s still an evolving situation.

For more on Ceballos, check out today’s brand new Arsecast

Which was the last loan that we could call successful?

Probably Benayoun. Which was a WHILE ago

Kim Källström? I kid, but to be fair to the man he scored a penalty in the semis to set us on course for a trophy after 9 barren years.

Seriously speaking though, I can only remember Yosi Benayoun and Thierry Henry ssn 2

I know it’s early days but I proper love el lego hair! No fucking about with him! COYG!!!

I think he’s an interesting player for Mikel, hundred times more than Mikel would be ready to confess to right now. If he got him as his full player though, this guy will be the most important guy for Mikel.

Very De Bruyney raw-materials to him

Sadly Ceballos won’t make it either at Arsenal or Real Madrid.

How do you know? I think Arteta has the plan of using him in center midfield but he wants to be an offensive player.

RHHB, You kinda sound like Jose Mourinho about KDB a few year ago, and he’s a very experienced coach

He doesn’t talk shite, the manager.

👆 Was in reply to bobs Mexican cousin (Beto??).

I think you’ve got some functionality issues going on blogs!

Does anybody know if they can end the loan now in winter simply because they want to, or only if Arsenal agree?
I am aware that we ended the loan spell of Eddie prematurely, but I am not aware if Leeds could have prevented his return or simply agreed to it, because they didn’t use him much anyway. Since we have no option to buy Ceballos, I surely hope that we didn’t agree to any clause that would allow Madrid to take the player back before the planned end of his loan stay without our approval.

How very Real of him to complain about playing time while not even being in the country with the team and spending the whole time on the injury table.

Yes. The Marvelous Dani Ceballos who has been so impressive. Rather than “hey, show us what you got” it’s “don’t you know who I am Arteta?” BAH!

Uncle Unai is no more here… Now it seems others deserve it more.
Anyway there is a problem of timing: Mikel has a team to build and he is basing it on his on a long term available players. On the contrary Ceballos is in a hurry, the Euro arriving quickly. So…

Who deserves it more based on the results we’ve been getting?

And yet another one. Functionality problems? NAD. Probably on the user end (browser etc)

I mean, Arteta doesn’t know if Sanlehi will bring him ANY reinforcements at this point so probably right to keep ALL options open. If we don’t get anyone in for midfield, Ceballos is a healthy option enough. Personally I feel we are fragile in depth in deep midfield. Any injury or suspension to one of Granit or Torreira and the delicate balance achieved recently will be upset. Guendouzi with a bit of guidance can be a good asset in terms of back up. Beyond that Willock still looks green in a deeper role. Ozil is a 60 minute player AT… Read more »

I was able to extract a good point: developing Ceballos while saving a lot of money to spend on other players. Wouldn’t be a bad idea.

Ceballos isn’t a successor to Ozil, I think his problem is that he is better suited further back and he wants to play up high. If he’s here and committed for sure give him game time get him on board and firing, but if he just cares about the Euros he can do one just like Debuchy

Also, Pepe isn’t struggling, he’s beating multiple men with ease and setting up golden opportunities for others. Could have had a hatfull of penalties and assists by this point but is let down by everyone else struggling for confidence.

Yes Mikel!!! I thought it was weird that off he was complaining about playing time when he’s been fot for all of a week. You’re not guaranteed anything, anywhere

Too bad, I enjoy his style. Though he havent really been all that since the Burnley game. But I believe he would be useful to keep for the rest of the season, too bad he doesnt see it the same way.
Its only a couple of months since he wanted to move here permanently.
I guess he got on well with Emery?

Our incoming loanee record is abysmal. I feel sorry for the young guys who are fit and ready to have a go but have to make way for these flops. Let’s stop doing favours for other clubs and focus on our own crop instead.