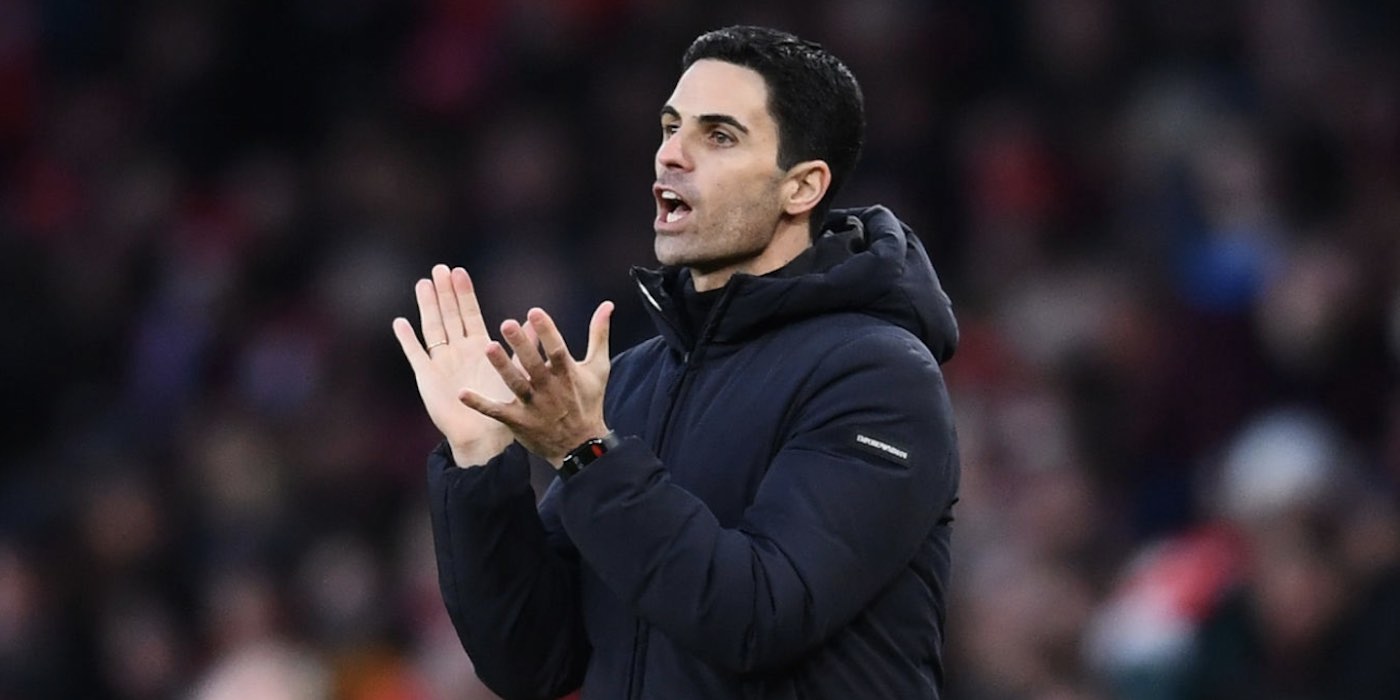 Mikel Arteta was once again left frustrated as his team squandered a lead, to draw 1-1 with Sheffield United in the Premier League today.

The Gunners looked to be on course for all three points, but a late equaliser from John Fleck saw the spoils shared for a second successive week.

The Arsenal boss admitted his side needed to do more to make games secure, as a one goal lead is always precarious, but felt his side did enough to win.

“I think the performance deserved three points and I think we lost two points. In the Premier League, if you don’t put the game to bed then in the last 10 or 15 minutes this type of team just need a long ball, a second ball, a set-piece, and you can give the points away.”

Acknowledging there’s a ‘history’ of letting games slip in recent times, Arteta wouldn’t be drawn on what came before, only focusing on what he needs to do to improve the side.

“I don’t know what was done before,” he continued. “I think they tried to do the best possible thing.

:I inherited a team that was in a difficult situation and we’re trying to improve it as much as possible. I don’t know.

“In the second half, Sheffield United didn’t generate any efforts on goal – it’s just one long ball, a second ball and then someone put it top bins from an incredible angle.

“It’s difficult to control it.”

And at 1-0, it looked as if Arsenal should have had a penalty when Nicolas Pepe was fouled in the box.

“I think it’s very clear,” said the manager, but after a VAR review it was deemed not to be a spot kick. Sometimes you need some decisions to go your way to get out of a rut, and that obviously wasn’t the case today.

How did the players rate? Leave your ratings at: Arsenal 1-1 Sheffield United – player ratings

Couldn’t have said it better. Sometimes you need some apparently obvious decisions to go your way in order to get out of a rut.

Meanwhile I totally enjoyed the moment Isaac Hayden scored the winning goal against Chelsea in the dying minutes. Totally enjoyed it!

Stone wall penalty. That shit house team Sp*rs get all the bloody VAR decisions their way whilst the clear cut ones are ruled out for us. 2-0 up at that point kills the game and we go away with a win. Woeful officiating.

The last two games have been really disappointing. Defensive blocks in our own box end up sending the ball into the net without giving the keeper a chance.

Arteta’s main task now is to get us creating chances again. Once we are able to hit top gear on that front, we’d start racking up the points. There’s obvious improvements all over the pitch, just not complete yet.

Look at the bank accounts of our referees. Especially offshore ones if possible.

Something stinks with VAR.

Mpls
Reply to  Right Across Sunderland!

You’ve already identified it. What stinks is the same rotten holes that have been doing us for years now are running it.

Rohan
Reply to  Right Across Sunderland!

VAR is good. The people using it are incompetent.

James
Reply to  Right Across Sunderland!

It sure does…. its a complete 3rd party interference that has wormed its way into our game.

Keep going Mikel. I can see that we have a shape, plan, team spirit and work ethic. It’ll all come together in time, mark my words.

Just had a nice drug infused gin and it became clear.
We can close in on fourth place very quickly.
Utd have a run of shit fixtures…….Spurs /Chelsea very dodgy form.
Sheffield Utd and Wolves are well in there………..but so are we if we can start doing the 3 Pts trick

Say no to drugs!

Are you having a laugh?

Mike Riley was in attendance, the crooked Fuck.
Unbelievable how the PL is supposedly the best league in the world but have refs that’s wont officiate more than 5 games in any other country.
With the same refs screwing us everytime its unbelievable why there isn’t a call for an investigation especially after they make wrong decisions after watching several replays.
Surely we can no longer cite they are shite as a reason?
At some point we have to think there may be more to it?

I’m French, i don’t say French refs are better, but i have stopped watching PL games. Sorry, it’s all too unbearable and biased. And I’m NOT the only one to think the same.

I don’t blame arsenal. They played very well today and the penalty that was not given will show you how much these refs don’t like arsenal. Good football today Arsenal was just unlucky

Refs under instruction to use the pitchside monitors. Head of VAR in attendance. No monitor check. Beggars belief.

Other than the goal I don’t think we made any real gilt-edged chances unless you want to include the penalty, the draw seemed the fair result.

I’d really like to see what Ceballos does in midfield. I think even at its best Xhaka Torreira is just too conservative a pairing that puts too much of the attacking responsibility on the front men.

Don’t think Dani would cover LB like Xhaka is. I’m for it future when our team is more defensively solid, though.

I’m frustrated as well but at the same time optimistic moving forward.

Unfortunately Mike Dean and Martin Atkinson had other ideas……

It’s probably true that, despite the fact that every supporter thinks their team is especially hard done by, the bad decisions balance out over the season. But, this season, the decisions are particularly critical because almost all our games have been close. There have only been 4 PL games out of 23 where there has been more than a single goal between the two teams. So, in 19 games, any bad decision leading to a goal being scored or disallowed will have affected the points earned. I haven’t checked the rest of the PL but we certainly have the most… Read more »

But if we scored more goals in our games we wouldn’t be so affected by these marginal decisions. That’s a big problem for us just now

Insufficient out put and shots generated at goal. Unimaginative build up.

Blame the gaffer. Not doing that much better than when under Emery.

And it’s a problem we can control.

That’s just this season. Last season Man U finished 12/6. Given the seasons they’ve had we can’t just chalk it up to ‘they’re dominant’.

And we haven’t finished positive in the ratio since 2015/16, when we finished 2/1 for the whole season, which is beyond belief in itself.

Not doing any better than Unai in concrete terms. Some improvements but overall results similar then when under Emery.

And we are in the results business first and foremost.

Blame the team for neither being dynamic nor rough going forward.

Martinelli a brights spark at the moment. BOTH fullbacks I thougtht have been doing reasonably well. Not sure if I’d bother with Kurzawa, certainly not an upgrade to Kolasinac, could end up being another Debuchy and in any case unlikely Tuchel will release him bc who would their back up fullback be at PSG? Better off getting more midfield assets like Emre Can since Cebellos is not confirmed next season, one injury or suspension to Granit (who was again good today with a great off the line clearance) or Torreira and we may be in a spot of bother again,… Read more »

Not enough shots. Don’t blame Ref or VAR. Not much difference from Unai Emery IMO. Results are what we need. What’s stopping him? Same set of players, same results. That’s not improvement. We need results. Forget fullbacks. AMN and Saka did OK. What we need is reinforcements in midfield beyond Granit and Torreira. Not sure about Guimaraes rumour. Rather we stop mucking about and just get Emre Can. Solid player, versatile, surplus at Juve has PL experience, may spark Ozil. We could have got Fekir (went to Betis for 17m) who would have had working relationship with Lacazette. Instead we… Read more »

Yeah Arteta is getting more out of the players than Emery but you don’t want to see it because you didn’t want Arteta to get the job!!! Since Arteta has taken over we’ve definitely improved in defence – only conceded 2 goals once, against a very fortunate chavski!!!

P.s why am I constantly in moderation? Been like this for months ☹️

I don’t know. We have 1000+ IP addresses, emails, usernames and phrases in our moderation list – which means some people accidentally get caught up in it. I can tell you you’re not in that list but I’ll do some digging and see if I can find out why