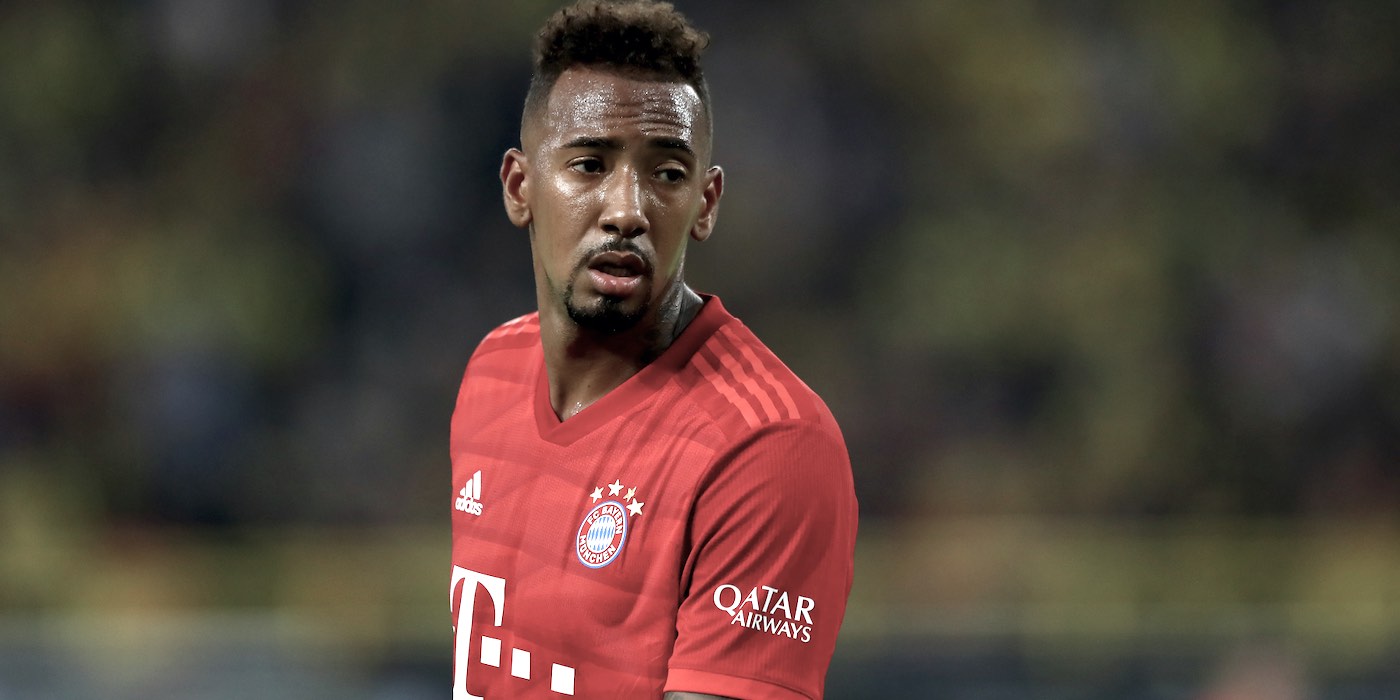 According to Sky Germany, Arsenal are considering a move for Jerome Boateng as they look to bolster the defensive ranks in January.

After the news that Calum Chambers has been ruled out for the rest of the season due to a ruptured ACL, reinforcement in that area of the pitch has become even more important.

The Germany international is apparently keen to leave Bayern Munich, and Arsenal are in the market for a defender, so we’ve got a 2+2 situation going on here.

He does have Premier League experience, having played a season in England for Man City, but at 31 years of age isn’t exactly a player for the future, and a reported £12.8m price-tag makes a permanent deal highly unlikely.

Boateng has made just 9 league appearances this season, and our resident Bundesliga expert, Lewis Ambrose, doesn’t sound that enthused.

On this – just look up Boateng's red card against Frankfurt this season. Then imagine it was Mustafi or Sokratis and the way we'd all react. Then watch Rashica's goal against Bayern last month.
Don't do it, Arsenal.

Arsenal have also been linked with a move for Bournemouth’s Nathan Ake, but Chelsea are reportedly considering using their buy back clause now that their transfer ban has been lifted.

Expect plenty more names to do the rounds between now and the end of the month as the transfer rumour mill grinds into full gear.

David luiz and boateng going to win us the 2015 ucl.

Nope, would’ve lost that to Barca as always, considering the actually one that one anyway.

What a player John is. The future of Brazilian football let me tell you.

John, next Maldini in the making.

Thanks, that really means a lot.

Arsenal out here trying to collect all the futureless CB’s we can if this is true.

Awful plan if it’s coming up, those people really need to think about the future and not just next month.

Players who depended on pace in their heyday are worse when they lose pace with age.

I think we have enough defenders who lack speed!

Ake would be great if you ask me, not sure why chelsea let him go in the first place.
Lewis said it all when it comes to Boateng. Unfortunately that is the most probable one so far.

It was because of John Terry… urgh. Did anyone else ever notice he’s a cunt?

“Olympus P Stallone? T’rrific player, he can do a job, a top top signing”

Sorry for going off topic guys i remember when i was lambasted for saying Emery remains the wrong choice win,lose or draw now after the arrival of arteta you guys now see the reason for that Arteta has already built a connection,he already knows where he wants to take arsenal to and most importantly he knows how to achieve it with a ruthless nature…that’s what i want from my manager win,lose or draw…..wait a min!….make no mistake because arteta will make mistakes at the start of this enviable journey but at the end of the day he would take us… Read more »

I agree with you to a point, I think we will hugely benefit from the fact that we didn’t hire Arteta 18 months ago. He got an extra 18 months learning from Pep and gaining more experience at the same time. I think we got him at the perfect time. He seems to be someone who has a very direct and focused plan, these are exciting times!

Luckily you were the only one feeing this way about the situation. Without you what voice of reason would we have. I’m soo glad you are around. You are the best.

Thank you once again

John for defence, manager and owner! John all the way!

Ahhhh… Steve Dallas. He was great at Bloom County Utd.

My name is Jeff
Reply to  David

In that famous “Billy and the Boingers” backfield!

Gervinho is Driving
Reply to  David

Buy Tarkowski. Got him in FM and he’s cool 😉

I’m embarrassed to say it took me until Arnie van der van der Kock to realise arseblog news was being silly with the names ?

Never been the same since Messi broke his ankles in 2015 (https://media.giphy.com/media/x405KQ4SqDGvK/giphy.gif) NEXT!

I don’t even care which position Max Pelican plays, i want us to sign him, whatever it takes

He could play up top ?

The way we are set up now seems to leave people less exposed. If it works for Luiz and Papa why not Boateng.
.
I’d rather have somebody similarly talented and at the top of their game but if otherwise we are relying on youth players and Mustafi I don’t hate the idea.

Seen him in the World Cup against Mexico and Sweden, 2 games is a small sample, but he really didn’t looked up to much, very slow and clumsy.

Tyrone Mings. Make it worthwhile to Villa– and us.

The I.C. Rod is again overlooked?

Narrative seems to shift oddly, like we wanted mustafi to shop going to ground….now we want him to take out the man and not run away…but it’s bad that Boetang does exactly that against Frankfurt….

It’s not that simple

How about the speedy winger from germany, Fanny Schmeller.

Boateng for 12m or Rugani for 21m? I’m sorry Jerome who now?

Bags of experience but turns slower than a cruise ship. A younger and quicker option would be better.

Would have been a better pick than Luiz but at present, he’s older and has injury issues. I think we really need to stop dicking around and get someone solid in. We seem to be always skimping and bringing in Squillaci type solution. Saliba is no guarantee either. Signed for 27m at 19yrs with only 19 senior games last season. Out injured for most of this season thus far, its also a risk. BUT since we have commited to him, may as well see if we can get him in early (proviso he is fit) we already have two senior… Read more »

Can’t see it myself. The man has been pants for about 5 years. But Arteta seems to have somehow turned Luiz and Sokratis into Baresi and Cannavaro, so he’ll turn Boateng into a cross between Virgil Van Dyke, RoboCop and Usain Bolt by tea time so happy days.

There is only 17 games left in the league. It’s highly unlikely we are going to get relegated despite our troubles. Do we really need him? We have Luiz, Mustafi, Sokratis, Holding (coming back from injury) and Mav. We just need to ride the season out, it’s over and there is no point throwing money down the toilet. Realistically we aren’t going to win the FA Cup or Europa, three competitions will come down to just one soon enough. The defenders we have will do for the remainder of the games. Just play the kids in the FA Cup for… Read more »

Totally totally agree! Great youths coming through technically impressive and I reckon Arteta can coach them to marry skill with more aggression/will to win! Despite his perfect hair he had a bit of vicious in him when he needed it! Win lose or draw we seem to have a team/club ethic back and I’m impressed!!! Artetttttttttttttaaaaaaaaaaaaaaaaaa!!!!!!

Really don’t understand quick fix signings like this. I doubt it’ll happen anyway but if we haven’t learnt already that buying players past their peak is only a route to decline (Luiz, Sokratis, Mkhitaryan), with the exception of Aubameyang, then that’s dangerous territory. We don’t want to turn into Middlesbrough. That’s what got them relegated back in the day and they’ve struggled to get back to or stay in the Premier League ever since. Boateng is better off in the Bundesliga. He wasn’t that great at City, which is the sole reason he isn’t there any more. We should be… Read more »

I would take Orlando Splat in a heartbeat! lol.