THE LOWDOWN
After last weekend’s chastening 4-1 defeat to Chelsea in the WSL, Arsenal are back on the horse with back-to-back cup games- starting on Sunday away at West Ham. The Gunners could have asked for a gentler 4th Round FA Cup draw, but the coach does not really buy into heavy rotation of his squad in any case.

Joe Montemurro’s side follow this game up with a home game against Manchester City in the Conti Cup semi-final, followed by an away game at Manchester City in the WSL next weekend. However, if they do not focus on the job in hand at Rush Green, West Ham will punish them. The Irons have run Arsenal close in their last three encounters.

Arsenal ultimately won them all, but not easily. Bouncing back from the Chelsea defeat will be key, Montemurro admitted to me last weekend that the Chelsea defeat represented, “probably the biggest [setback] we’ve had since I’ve been here.” The Gunners have won the FA Cup a record 14 times, but not since 2016 when they beat Chelsea 1-0 at Wembley. It’s the only domestic silverware Montemurro hasn’t won in his stint as manager.

TEAM NEWS
Jordan Nobbs left Meadow Park on crutches and in a protective boot after picking up a knock against Chelsea. The extent of the injury is not yet known, but, even if crutches and protective boots are often used as a precaution, it’s rare that a player walks back into the team seven days later. Jen Beattie ought to be fit after a month out with a calf injury. New signing Caitlin Foord will not be available until late February due to international duty.

Danielle Carter (knee) is out, while Katrine Veje (foot) will be assessed ahead of this one. With two games against City on the horizon, Montemurro has options to shuffle his pack. Beth Mead and Lisa Evans started on the bench against Chelsea and are likely to come back into the side. Pauline Peyraud-Magnin will likely start in goal.

LAST TIME OUT
The teams met on the opening day of the WSL campaign at Meadow Park in September, first half goals from Beth Mead and Jill Roord put Arsenal in command, before West Ham pulled a goal back through Martha Thomas just before the hour mark. Manuela Zinsberger tipped an indirect free-kick onto the bar in stoppage time to preserve the points.

The teams played out a topsy turvy encounter when they last met at Rush Green last January with Arsenal eventually winning 4-2. Janni Arnth scored on her debut and Leah Williamson also scored, but both goals were pegged back by Jane Ross equalisers. Second half goals from Danielle van de Donk secured all three points for Arsenal.

THE DATA
Arsenal have won the Women’s FA Cup on 14 occasions, more than any other team in England.

Last weekend the sixth time Arsenal have conceded three or more goals in a competitive game under Joe Montemurro. Five of those games ended in defeat, of which four were against Chelsea (2-3, 1-3, 0-3, 1-4).

West Ham were runners-up in last year’s FA Cup, losing 3-0 in the final to Manchester City at Wembley. It was the second time Irons manager Matt Beard has lost an FA Cup Final after his Chelsea side were beaten on penalties by Birmingham in the 2012 Final.

Arsenal have beaten West Ham on all three occasions that the teams have played one another in the WSL and also defeated Matt Beard’s side in the Conti Cup group phase last season.

THE OPPOSITION
West Ham are the WSL’s most unpredictable team, capable of a wide range of performance levels. The squad was swiftly built when the club successfully applied to be promoted to the top-flight in 2018 under the guidance of former Chelsea, Liverpool and Boston Breakers coach Matt Beard. The lack of cohesion showed during an inconsistent first season in the top-flight.

However, the Irons have plenty of individual quality with a global cast of seasoned internationals like Alisha Lehmann, Julia Simic, Adriana Leon and Kenza Dali. West Ham were runners-up in last season’s competition and they will fancy another crack at the Wembley whip this season, they are out of the Conti Cup and don’t really have to worry about WSL relegation.

West Ham have given Arsenal plenty of trouble in recent meetings and Beard’s side were unfortunate to lose 2-1 when the teams met at Meadow Park in September. West Ham could just as easily provide stiff opposition again, but it’s always very difficult to tell which Hammers team is going to turn up on any given day.

PLAYER TO WATCH
Joe Montemurro candidly admitted that his decision to sacrifice width in the Chelsea game cost his team the game last weekend. Lisa Evans was left on the bench as a result, which proved to be an error in its own right. The Scottish international is one of Arsenal’s most creative performers, with 7 assists already this season. 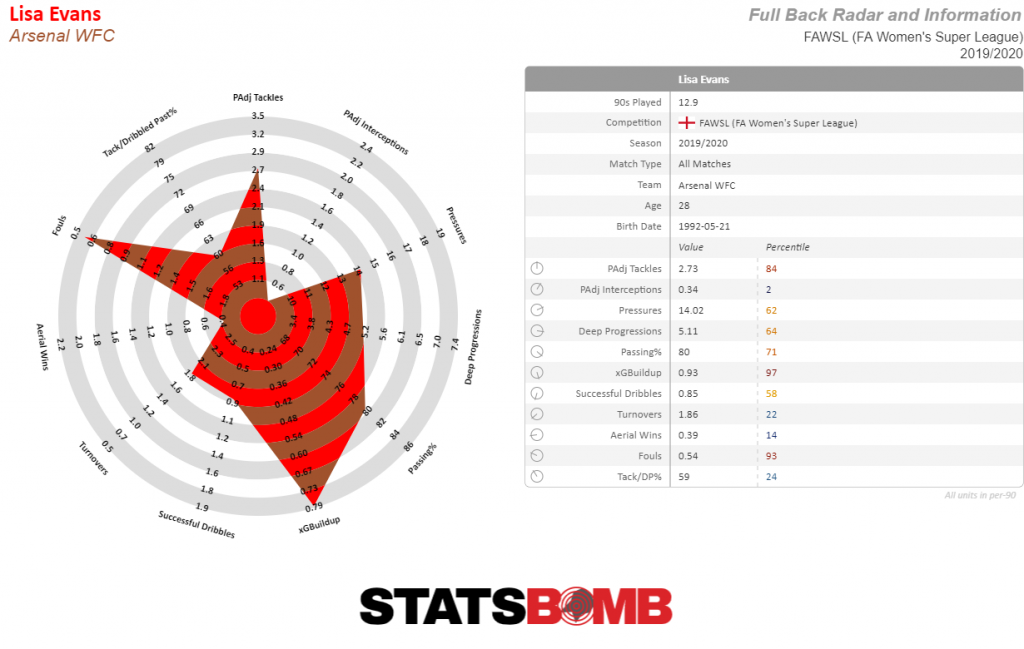 Whether playing at right-back or on the right-wing, Evans keeps the width of the pitch and offers Arsenal the opportunity to stretch the play. Danielle van de Donk plays principally on the left, but with license to wander inside. Evans’ presence on the right balances out the Gunners team of 10s, who prefer to operate in central areas.

HOW TO CATCH THE GAME
This game will not be broadcast or streamed anywhere. The game takes place at West Ham’s Rush Green Stadium in Dagenham and kicks off at 1pm on Sunday. Tickets are available on the gate at £8 adults and £2 concessions.

COMING UP
We’ll have all the usual build-up and exclusive player and manager reaction to the games against Manchester City next week. For those of you that haven’t listened yet, why not check out the most recent episode of the Arsenal Women Arsecast in which Pippa and Tim talk about new signing Caitlin Foord with Australian Women’s Football journalist Samantha Lewis and SB Nation writer and Arsenal and Portland Thorns fan Aidan Gibson.

Get all the lowdown on Arsenal Women's new signing #CaitlinFoord here, a perspective on her Thorns career from @BeltransMole23 and a view on her international career and the influx of Aussies into the WSL from @battledinosaur ??? https://t.co/P9r4ibto9A

What was the 5th defeat under Joe where 3 or more goals have been conceded? Was thinking it must be MankC but not sure. The Chelski run is not pretty to look at (plus a couple of 1-2 reversals) meaning Joe’s only win against the Blues in 7 attempts is the astonishing 5-0 at Kingsmeadow.