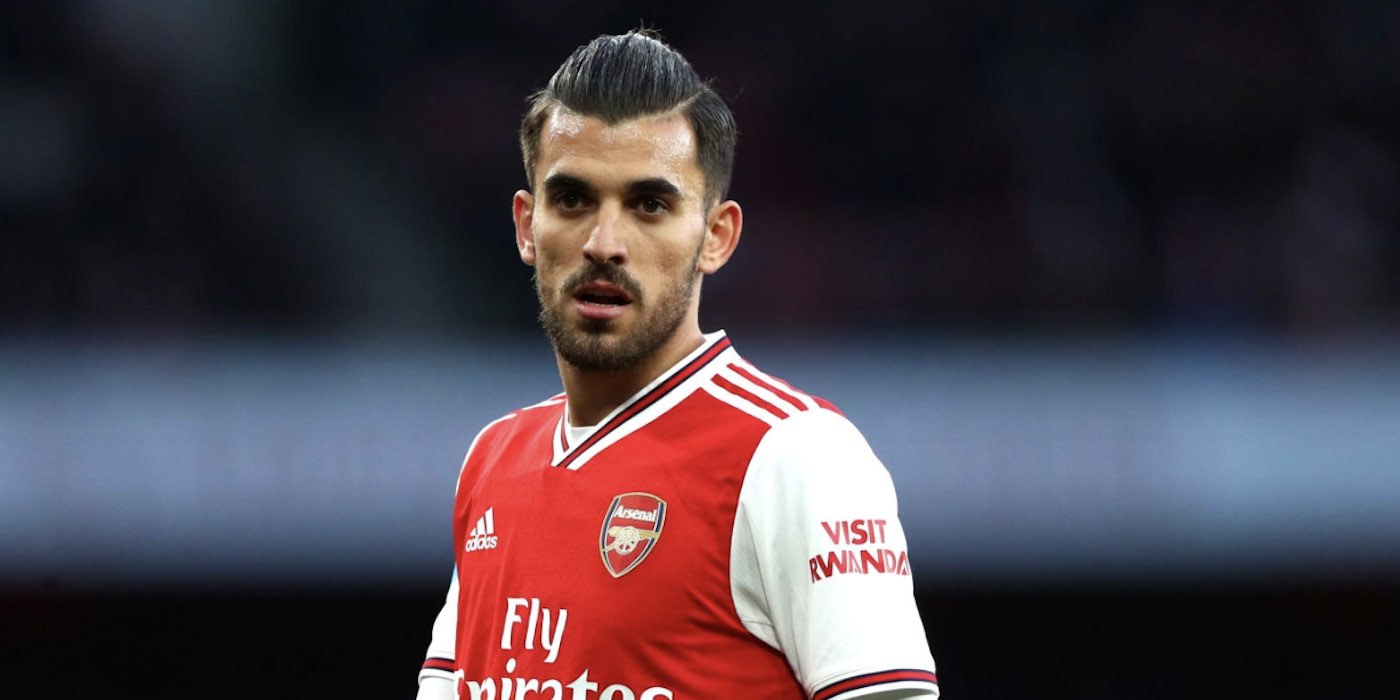 Dani Ceballos was a surprise inclusion in the starting line-up for for today’s 4-0 win over Newcastle.

The last time the Spaniard started a game for the Gunners was in early November, the 1-1 draw with Vitoria, during which he picked up the hamstring injury which sidelined him for almost two months.

Mikel Arteta made it clear that his compatriot would have to up his game in training if he wanted to play games – around the time the Real Madrid man’s future was mooted to be in doubt as he targetted a move away to secure a place in the Spain squad for Euro 2020.

However, it seems as if the 23 year old has really got his head down at London Colney and impressed the boss sufficiently for greater involvement.

“He was injured and when he started to train I didn’t think he was fit enough,” said Arteta to the BBC.

“He completely changed his behaviour and trained like an animal. I thought he was the best player on the pitch.

“Dani was ideal for this game in that game position today. The way he’s been training he completely deserves a chance.

“I’m so glad with his performance.”

That’s high praise indeed when Nicolas Pepe scored one and assisted two, and Bukayo Saka delivered his 8th assist of the season – the team’s most assists by some distance.

It’s definitely overstating it, but it was an impressive performance from Ceballos, and after such a long period out of the team, it’s good to see him back because having greater options in the final part of the season can only be a good thing.

I know it is controversial but who should we play in away games, “Ozil, Xhaka, Torriera” or “Ceballos, Xhaka, Torreira” or “Ozil , Ceballos and Torrira”

It’s more than that

That depends on who the opposition is and the way Mikel wants to play. There is also Willock and Guendouzi to consider

Guendouzi should not be seriously in contention, until he improves his discipline and strength. Currently he is a player you love to see your team play against – often loses the runner he should be marking, and can be easily pushed off the ball. I trust Arteta to get the best out of him though.

God is a Gooner
Reply to  Adrian

Option 3. I’ve said it before and I’ll say it again, Xhaka is just too slow for this league.

Martin
Reply to  God is a Gooner

God is a Gooner
Reply to  Martin

Xhaka is too slow for this league

Martin
Reply to  God is a Gooner

He hasn’t looked it in the past few matches.

Wr can play one of the combinations, but we must also remember to include 1 gk, 4 defenders and PAL or MAP

I still can’t believe that some midtable Spanish coach with the bad teeth convinced so many people that that playing two offensive midfielders together is unbalencing the team. As I said in the past, only Ozil and Ceballos playing together can save our issues going forward atm. There is not a single top team who plays with only one technically superior creative midfielder like we do. It was clear from the start that we were better at controling the ball in the final 3rd today. Hopefully we will see much more of them together on the pitch in the future.

Everyone has his or her style of play, you have to understand that

We went to Dubai to bond, like a real Pack of wild dogs. Ozil leading the pack with several ferocious bites, Dani continually teasing the prey , Pepe/Dani bringing street-football grit to Maximes shenanigans, Bukayo being a feral young wolf cub.

Because they can only really do it as a gang.

You sound like someone who was bit by a rabid dog… and then did meth.

Leave personal attacks out of it buddy

We were playing at home, against a team with the lowest level of possession, and the lowest pass completion stats in the league. Ceballos played regularly under Emery, he then twinged his hamstring… Midfield has been a big problem for us, Ceballos gives us some thrust, everything is forward at pace, but we’ve been here before with the Burnley performance. it’s one thing doing it against Newcastle at home, trying It in games where we won’t dominate 70% of the ball is another. I’d be interested to see it, but I wouldn’t get ahead of yourself, I’m not convinced it’ll… Read more »

Easy to get carried away.

…we should be winning this one. We are still 10th.

We need to be far better yet if we have any hope of creeping into 5th.

One game doesn’t mean a thing. We need a sustained level of performance and that is from Pepe or whoever as well.

Good to get the clean sheet and rack up the GD but some problems still unresolved clearly and we are foolish to think we are ‘improving’ just yet.

We’ve been here before even under Emery last season.

I really like Ceballos, he’s brave, always wants to get on the ball, can play in tight spaces, and always looks to play on the front foot, This is the type of game you’d expect Ceballos and Ozil to do well in. Ozil’s best form in an Arsenal shirt, was in the first half’s of the 2015/16 and 2016/17 seasons, with Cazorla dictating play from deep, and the best we’d played since the 2010/11 season, and we’ve not produced consistent performances like it since either. Cazorla (Who’s our greatest player of the Emirates era) got injured in both those seasons,… Read more »

Xhakas execution is functional, his role is very supervisory and the best view in the team and highly intelligent role

Did not replace Carzola is our problem. Anyone who thought we were buying better under first Mslintat then Sanlehi needs to use mental floss. We lack sufficient technical quality these days particularly in central midfield to fully exploit the vertical let alone hold the ball with full confidence. We missed an opportunity with Emre Can this Jan who went to Dortmund on loan plus 21m option to buy. Where we had first the physical brute strength of Viera then Gilberto, then a combination of finesse and strength from Diaby (sadly along with injuries), then finesse from Santi, we have not… Read more »

WE DO NOT NEED EMRE CAN GADDAMMIT!!!

i know it’s not the meat of your comment and also irrelevant but I would say Fabregas or van Persie were superior to Santi. Even then though I prefer Cazorla on a human level 🙂

He was fantastic today, so positive on the ball, always looking to drive the team forward. The fizz he gets on some of those passes is basically impossible to defend against.

Defensively, he was culpable a couple of times putting us under duress losing the ball.

I would not be so hyperbolic as you.

Arteta is slowly turning things around at Arsenal. First thing he did so well is change our defense, the structure is so different. Teams don’t easily break us down and we defend together. Secondly, after struggling to crate enough goal scoring chances, he seems to have fixed that. The transition from defense TK midfield then to attack has improved. Still more work to do but so far Mikel is doing a great job. He was the man of the match for me..

Not so sure, several moments first half Newcastle ran through our middle and ST max had quite a day out wide but for poor finishing.

I wonder what type of animal he was?

Thought he was included today for a reason. His forward endeavor is important to us prosecuting with more belief going forward. Some excellent mid range lobbing passes into the box today to fashion a couple of chances. OTOH, some iffy moments defensively let us into a number of compromising situations but clearly its his first start for a while so that can be worked out. Still easy to see why he is preferred (when fit) over Torreira although the diminutive Uruguayan rightly put on to secure us better. Its not a zero sum game in CM. we will need all… Read more »

Expert man management once again. And with Ozil too it seems

Ceballos best position is as a number 8. It’s been frustrating we haven’t utilized him as much as we should. Hopefully he plays a key role for the remainder of the season

He doesn’t have to score or assist to deserve the praise. That can be done by others ahead of him considering his position. His link-up play was fantastic