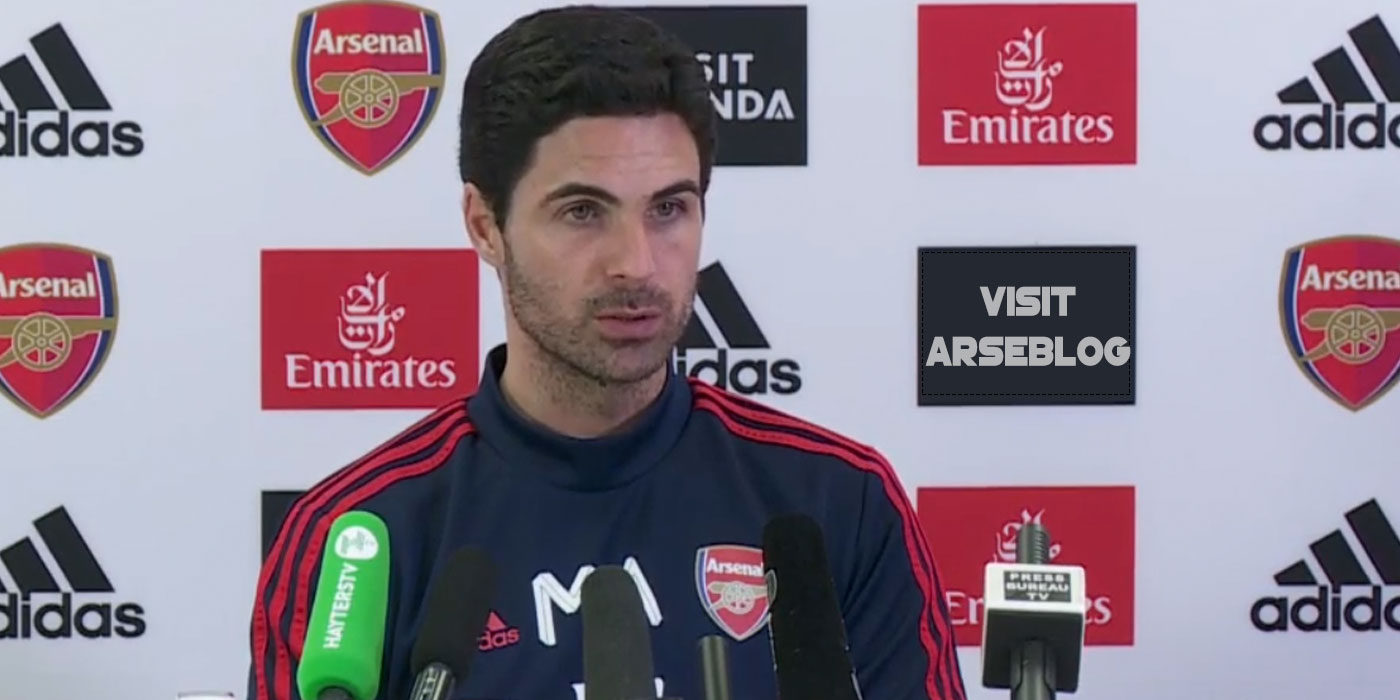 Mikel Arteta says that the club are already planning their summer transfer business in order to reshape the squad in the most efficient way possible.

Although the January transfer window just closed, and Arsenal brought in two players on loan, long-term targets are being identified now with a view to making the transfers as easy as possible come the summer.

The Gunners will have to recruit, but there are also issues with players like Mesut Ozil, Pierre-Emerick Aubameyang, Sokratis and Shkodran Mustafi heading into the final year of their contracts.

Decisions will have to be made there, as well as bringing in players to boost a team which has struggled this season.

Speaking to the press ahead of Sunday’s Premier League clash with Newcastle, Arteta was asked if he was thinking about summer transfers.

“Absolutely, we have to plan,” he said. “We need to know the direction we want to head and to do that we need bear in mind different scenarios.

“With that in mind I have to tell the club what we need, where we think we can improve and where we need to aim.

“If we all aim for the same things, we put a plan in place to execute it, and make the process as short as possible.”

Obviously our focus as fans in the short-term is what the team does on the pitch between now and May, but this summer feels like a pivotal one in the transfer market too, so putting plans in place now seems like good strategy.

The proof of that planning will be seen when next season’s squad start playing. In the meantime, let’s start winning some football matches again.

Santi please. Even if he gets 10 games I’d be ok with it.

Now back to reality.

Yeah and lets get Rambo, Song and Wilshere back as well. I love that fans seem to be getting nostalgic about previous arsenal teams that never came close to winning a premier league or a champions league. Let’s look forward, not back.

Relax. I only wanted Bergkamp, Henry and Vieira.

Now back to reality

Snap back to reality,
Oh there goes Van Persie…

we were close to winning the league in 15/16… we were in the mix until about 3/4 through the season…. and this was in Santi’s era. Relatively speaking, we were much closer than we are today.

I have very little faith in the people above Mikel, I don’t know why, they’ve gotten players we needed, but i don’t feel like he will get the backing he deserves, hope I’m wrong of course,

I don’t think a single fan was unhappy about our transfer business in the summer. Two potential future superstars (Martinelli and Saliba) were signed. Two outstanding performers from their respective teams came in (Pepe and Tierney) and some experienced cover in Luiz. It was definitely more than everyone expected. It’s just Emery completely lost it instead of taking advantage of it.

I agree with everything you’ve said, i think last summer’s window was probably the best in my lifetime, 30 next week! I dunno what it is, just don’t trust them yet, the people above Arteta

I really like Blogs & a lot of his views, but I don’t really get the complaining about Raul when it comes to the transfer market. As you point out the club spent quite a bit more money than fans would have thought possible and brought in a nice mixture of youth & experience. If he allows Edu & the scouts to pick the targets and gets the deals done a la Dein did with Wenger then the structure can be pretty positive. Sticking with Emery as long as he did however is a serious black mark.

Interesting this one! With lot of games coming up, all of our squad can be assessed well. Good to know that planning is underway.

Is it me, or have we heard this, oooh, every fucking season since transfers were invented?

Its just you. I don’t ever remember hearing an Arsenal manager talk about new recruits in February, I’d much rather hear him say it than for him to say nothing. I think Arteta will get players that buy into his philosophy rather than the big names, that worked for liverpool, none of their players were known as world class.

I think there will be some big departures this summer. Aubameyang, Lacazette. Ozil, Mkhitaryan, Sokratis, Luiz, Aubameyang, Saka with just 12 months left Guendouzi will be down to 2 years, and it looks like he’s stalling. Elneny doesn’t look to have a future, and there’s question marks over Kolasinac and Niles, I’d keep Xhaka, but I think there’s a reasonable chance one of Torreira or Xhaka will be off. If we don’t make any of our 3 inward loans permanent? We have a first team squad of 29, which is a few too many with European football, but without European… Read more »

Is that you Santori?

Lack of Perspective
Reply to  Rich

Liverpool had big departures in suarez and coutinho. Everyone was laughing at them for having henderson and milner as core players.

Rubbish they said. Look at them now.

There is literally no other answer he could have given. Journalists must be getting bored of asking the exact same questions over and over by now, surely.

They had better for once open the wallet and buy Young
players. Quality additions and offload the very old

Like Pepe, Tierney, Martinelli you mean? Yeah, me too.

i reckon they’ll actually back arteta. Not with zillions of pounds but more likely using the scouting network and Lady Luck!!