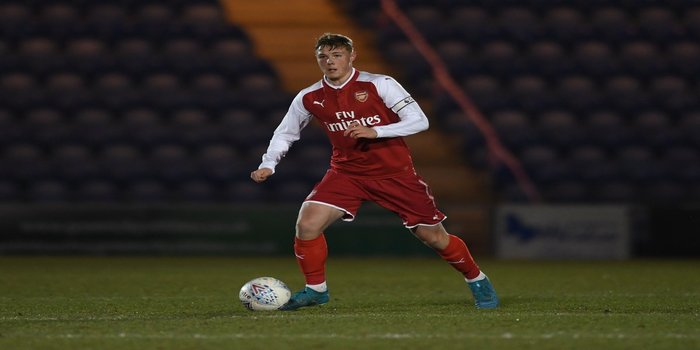 This season started in encouraging fashion for Daniel Ballard, but disappointment soon followed as he suffered a serious knee injury in August.

That setback brought his loan spell at Swindon Town, which had started brightly, to an end, with the defender returning to Arsenal for treatment.

After much hard work there is finally light at the end of the tunnel for Ballard, who is closing in on a return to action.

Over the past week Ballard has trained with the first-team on two occasions and it is anticipated that he will soon be able to play for the U23s again.

The timing isn’t ideal as Ballard wasn’t fit enough to go on loan in January, but it is anticipated that he will head out on temporary transfer again next campaign.

Whether he can succeed at Arsenal with a host of centre-backs ahead of him and others, such as Harry Clarke, also showing encouraging signs, remains to be seen.

For now Ballard will be delighted just to be back in full training again and he will hope to avoid any major setbacks upon his return to action.

How good is he? Anybody with good info about this young talent?

I saw him at Swindon in pre season decent centre half good in air goal threat strong good on the ball. Has alot of potential!

I really like this lad!!! He’s been let go twice by us already but refused to give up working so hard that he’s changed our minds on offering him terms both at scholarship level and then as a full professional. He is a big lad who is good in the air and a threat in the opposing box plus he played as a holding midfielder at under 18 level on occasions so he’s decent on the ball. He was called up to the northern Ireland first team last season for an international friendly but didn’t get off the bench. I… Read more »