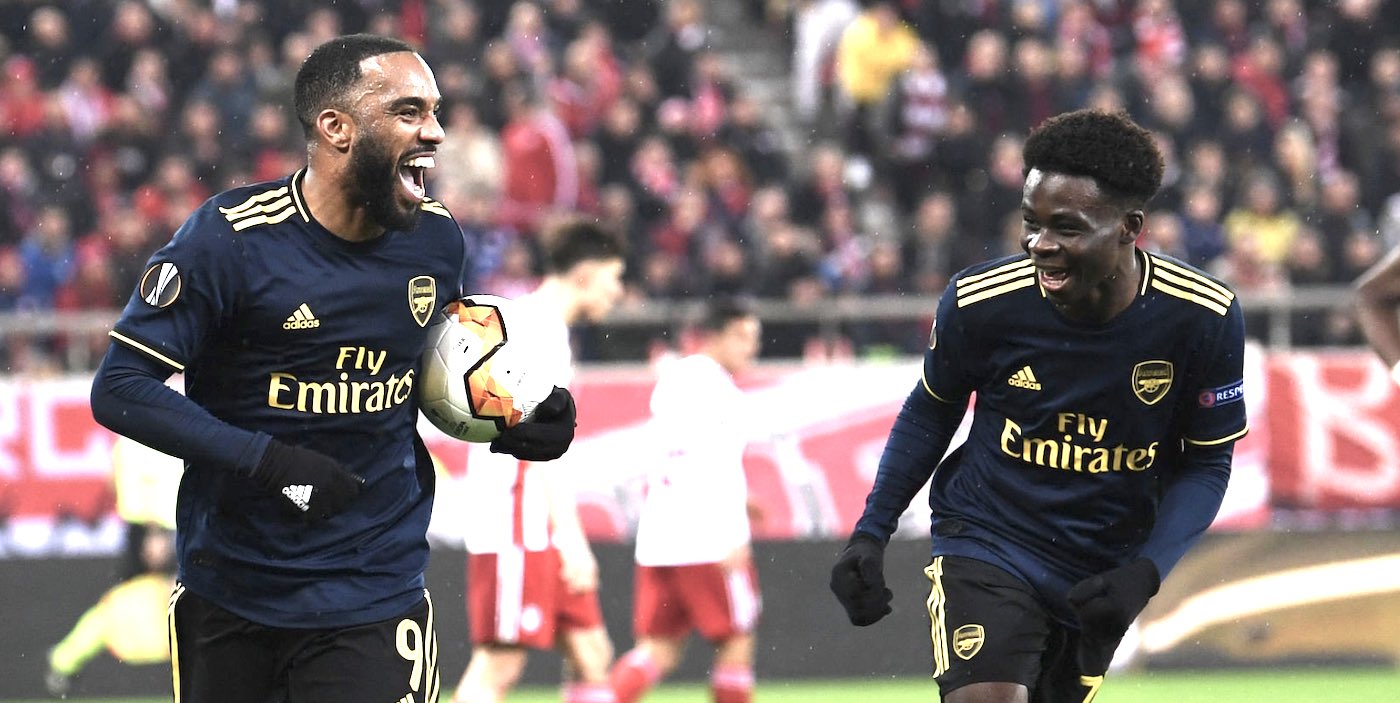 Alexandre Lacazette is not the most talkative man alive. At the pre-Olmypiacos press conference today, he looked like he’d rather be lying on a bed of nettles eating a wasp sandwich than talking to the assembled press.

He kept his answers to questions short and succinct, but did still have some interesting things to say. Not least his assertion that Bukayo Saka is the best young player in the Premier League this season.

With 10 assists in all competitions, and 3 goals, the 18 year has become the breakout star of this campaign, something the French international was happy to acknowledge.

Asked directly how he rated Saka – who provided the pass from which the striker scored the only goal in the 1-0 win in Greece last week – Lacazette said, “He is really good.

“I think he is maybe the best young player in the league. Like I say, he can improve in a few things but we can see the quality he has.

“And he’s humble, that’s the best thing for him. He’s really humble, he wants to work, he accepts the critiques because he wants to improve.”

Pressed on why he thinks Saka is the best, ahead of other promising youngsters like Mason Greenwood, the answer was to the point.

“Simple – his quality. He’s got a good left foot, and because he’s humble it’s easier for him to improve.”

And it was also hard for us not to headline this piece ‘Laca says Saka’s a cracker!’ but we resisted.

I really like Lacazette. He seems like the absolute model professional, no bullshit and none of the extra-curricular activities of some of our previous strikers…

Add Martinelli on that list of top young talents, he is class – just like Saka – both are at Arsenal too COYG

Damn I just listened to it, some of the questions being asked by the reporters to Laca are shameful and downright annoying. Hope he finds his feet soon

No one else in that age group apart from a certain Brazilian In our squad has done anything close. Other good youngsters like Abrahams are in the Zenith of their careers compared to our boys.

Well yeah Abraham scored 25 goals to get Villa promoted to the Premier League.

Well that flew over your head ..
Tammy is excellent the joke (it was aJokea joke) is that he is old as he is 4 years older than Saka . Which makes him 22.

Taking my Arsenal hat off for a second, the best young player in the premier league is without a doubt TAA. But Saka is still a huge talent and is maybe the best under 20 at the moment.

No way TAA has the class of Saka on the ball. Saka is a Wengerball specialist.

Of course the difference is TAA has been at it for a couple seasons now! Let’s give Saka the season at least before we try and compare the two.

Trent Alex Arnold is not 18 and playing out of his preferred position. Go figure.

Didn’t realise 18 was the cut off for a young player, my bad!

Bring back Sagna to add some Baca to the mix.

Are we allowed to throw some Papa on the mix?
Like Papa(stathopoulos) or Papa Diop?