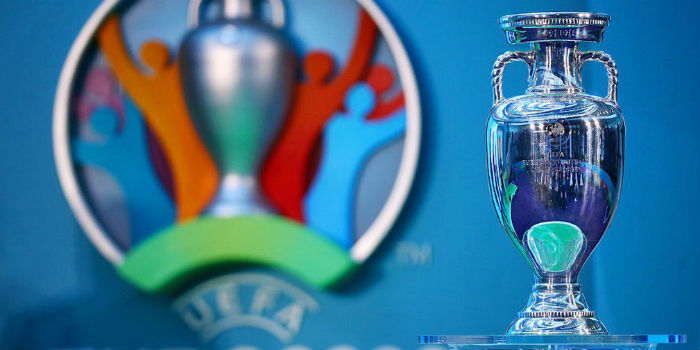 It has been confirmed that Euro 2020 has been postponed for one year because of the coronavirus outbreak.

Uefa held a meeting with major stakeholders this morning and the Norwegian FA have since leaked the news.

The new-look tournament, featuring 24 teams, was due to run for a month from 12 June and would have taken in games across 12 host cities with Wembley hosting the semi-finals and final.

Pushing back the tournament should free wiggle room in the calendar to complete Europe’s domestic leagues. That said, it remains to be seen when those might restart again.

Inevitably there will be a knock-on effect. Uefa’s Nations League and the under-211 European Championships are due to take place next summer; presumably they too could be postponed.

Yesterday, The Athletic reported that Uefa would demand £275 million compensation from its clubs and leagues to postpone Euro 2020 for 12 months.

Presumably, the respective leagues decided this was a small price to pay to complete their own schedules with big-money TV contracts to fulfil and the prospect of legal battles from club sides taking umbrage to a forced premature end to their respective campaigns.

Tierney not included in Scotland squad

100% the right thing to do. What a lot of people don’t seem to recognize in all of this is the vast majority of player contracts run June 30 to June 30 which means even if the PL decides to finish the league later, games can’t be played after June 30th.

I cannot see that happening unless games are played behind closed doors. The peak infection rate is not likely for weeks yet and there are still 10 PL games plus the FA cup to fit in.

Depending on time constraints, the FA Cup can be scrapped in order to finish the League.

True but the players would also have to agree to extensions.

Maybe Uefa could impose a ban on transfers and new player registrations that would push players into remaining with current clubs until season concludes.

Exactly my thought. They could of course leave their current club on July 1st if they hate it that much, but not sign for a new one for now, thus earn nothing for some time. I guess only a fraction of players would do that.

True but what else will they do? Go to another club in another league that has also been shut down and needs to finish their season?

You can’t just extend someone’s contract without them agreeing to it and players aren’t going to have any incentive to take the extra risk. Would you risk injury and a multi year contract all for the sake of a 2 week one to play a few extra games?

Shame it takes such a whopping bribe to get UEFA to do the right thing.

The U211 championships should be played using the best all time XIs from the last century. Who would you put your money on and what would be the line-up?

I’d put my money on the Dutch

If it’s all players aged under 211 then that’s the previous century too.

The U211 championships is open to everyone under the age of 211 years old but until that time remains 210 years of age or younger because that’s how it works.

Too long ago to know for sure

These whippersnappers are just afraid that being 212 would present too many advantages for us. We’ll just have to wait for the U-220’s in 2022 I guess…

Well at least England will have a front line of Nelson – Saka – Nketiah with Willock just behind by then.

Because UEFA are twats of the highest order.

Considering only a few clubs actually want to finish this season, only those clubs should be forced to pay this compensation.

“Yesterday, The Athletic reported that Uefa would demand £275 million compensation from its clubs and leagues to postpone Euro 2020 for 12 months.”

I’d love to see UEFA try and enforce this. Not only is it an affront to human decency, but the leagues have been postponed due to government intervention on the banning of large public gatherings, and it’s not even clear that such bans will be lifted in time for the Euros.

The idea that UEFA are trying to profit from the biggest public health scare in history is offensive and quite frankly the mere suggestion requires greater scrutiny.

If they were trying to profit then I’d agree, but presumably they’ll have to compensate TV companies for it being postponed and possibly things like hotels etc which will now be cancelled? Just a thought, though knowing UEFA…

What’s that got to do with the clubs and leagues? They’re not responsible.

Timorous Me
Reply to  John C

And what happens if the leagues can’t actually play this summer? Not that I want to think about that possibility, but it does seem realistic. Are the leagues still on the hook for this bill to UEFA, just because?

John C
Reply to  Timorous Me

Maybe they have to pay double?

UEFA is an affront to human decency

I understand how we feel about UEFA, but I believe the Euros were postponed so that domestic leagues could be completed… If Leagues are cancelled, I’m pretty sure EPL alone will lose more than 275 million considering how much money it makes from TV sponsorship and Broadcast. I think its only fair UEFA don’t bare the loss alone as I believe postponing the Euros would’ve cost them money too.

I don’t believe they were postponed to see domestic leagues finalised , it think it’s just opportunism on the part of UEFA but say they were there are several questions: What happens if domestic league don’t get completed? Why are league and clubs liable for the postponement of matches due to the containment of a dangerous pathogen? How has the figure of £275m been reached? Surely TV and sponsorship revenue just get commuted a year? What happened to the concept of the football family and protecting the whole community in a collective time of need? Why are UEFA’s needs greater… Read more »

Great news for England. With the injuries up front to Rashford and Kane, England were looking light up front.

Yes, thousands are dying & 100s of millions are being affected financially but at least England will have Kane & Rashfird available.

Who pissed in your cereal?