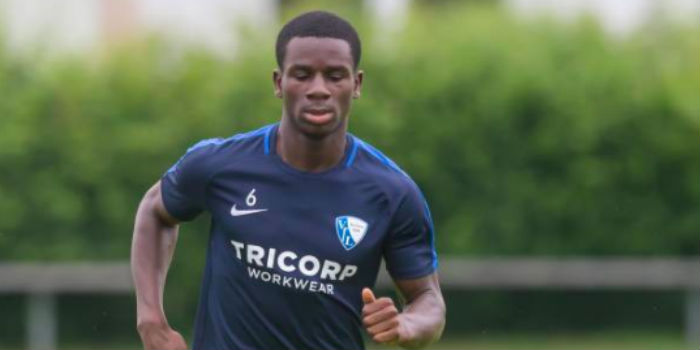 Konstantinos Mavropanos has, in the main, fared rather well for Nuremberg of late while Jordi Osei-Tutu is in excellent form for Bochum having scored three goals in his last five games.

Osei-Tutu has been used on the right wing by Bochum recently, while Mavropanos has been deployed as Nuremberg’s left sided centre-back, meaning there is a good chance that the pair will be heavily involved against each other tomorrow.

Having previously played alongside each other for Arsenal U23s, Mavropanos and Osei-Tutu will be fully aware of their respective strengths and weaknesses, and it will be intriguing to see who prevails.

Both players face a battle to prove that they can succeed in the long-term at Arsenal. Osei-Tutu is 21 years old and, despite his recent purple patch, it isn’t guaranteed that he will be given a chance to impress by Mikel Arteta.

Mavropanos, meanwhile, is already part of the first-team squad and has just over three years remaining on his contract, but the 22-year-old knows that he has much to prove in order to be a success at Arsenal.

Looks like Mavro’s had a good season at Nuremberg. We seem to be using the loan system more strategically, as evidenced by Nketiah’s decision to go to Leeds and then come back when the situation changed.

The question is, with the uncertainty surrounding next preaseason, will loanees get sufficient opportunity to impress Arteta? Also, looks like Jordi’s got a tough task with Pepe and Nelson ahead of him. Mavro’s isn’t much easier with the surfeit of CBs at the club, some of whom will inevitably need to be shifted during the summer window.

Any ideas on where this game might be streamed?
Thanks a bunch.

Don’t hurt each other!