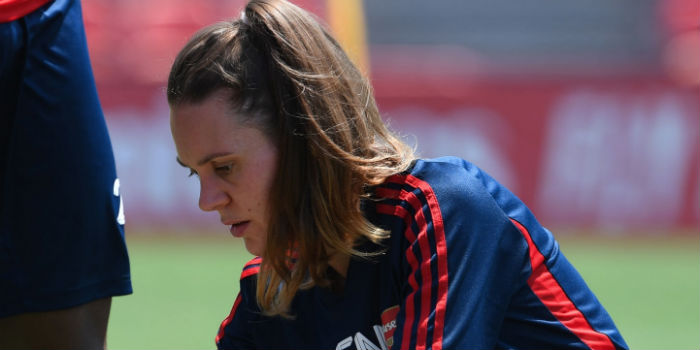 Arsenal’s medical team have confirmed that Florence Newton has been promoted to the position of first team doctor.

Flo graduated from UCL with MBBS in 2008 having completed an intercalated BSc in physiology in 2005. She went on to undertake an MSc in Sports Medicine, Exercise and Health and held a position at Queen Mary University of London before joining the Gunners a few years ago.

Huge welcome to Flo Newton who has officially joined as First Team Doctor. Flo is a familiar face to all at Arsenal having worked as part of the Academy for a number of years. Flo will work alongside Gary and the rest of the team. pic.twitter.com/NRloN3Kyz9

She’s since worked her way up through the ranks working with the juniors at Hale End and with the under-23s.

A visible presence on the pre-season tour of the United States, she steps up to work with Gary O’Driscoll, head of medical services, at a time when the eyes of the world are on the Premier League’s coronavirus safety protocols.

Fun fact, Florence shares her name with an alleged Irish witch who was imprisoned (and presumed executed) in the late 17th century for sorcery.

We wish our Flo much better luck.

Welcome to the first team, Flo. Just lay off the sorcery and we’ll have no problem.

Ya Gooner
Reply to  Serpent

This is honestly my dream job. I’m stuck in the internal medicine/itu rigmarole but the plan is one day to be part of the medical team. Wish her all the best.

Dispossesed by Torreira
Reply to  Shabab

I once had a dream job of being Arsenal’s physio, massager even. Hope your dream come true!

Hope she has the cojones to deal with Ozil illness excuses.

You have evidence I assume

Some of the injuries we’ve had in the past, she would need to be Florence Nightingale.