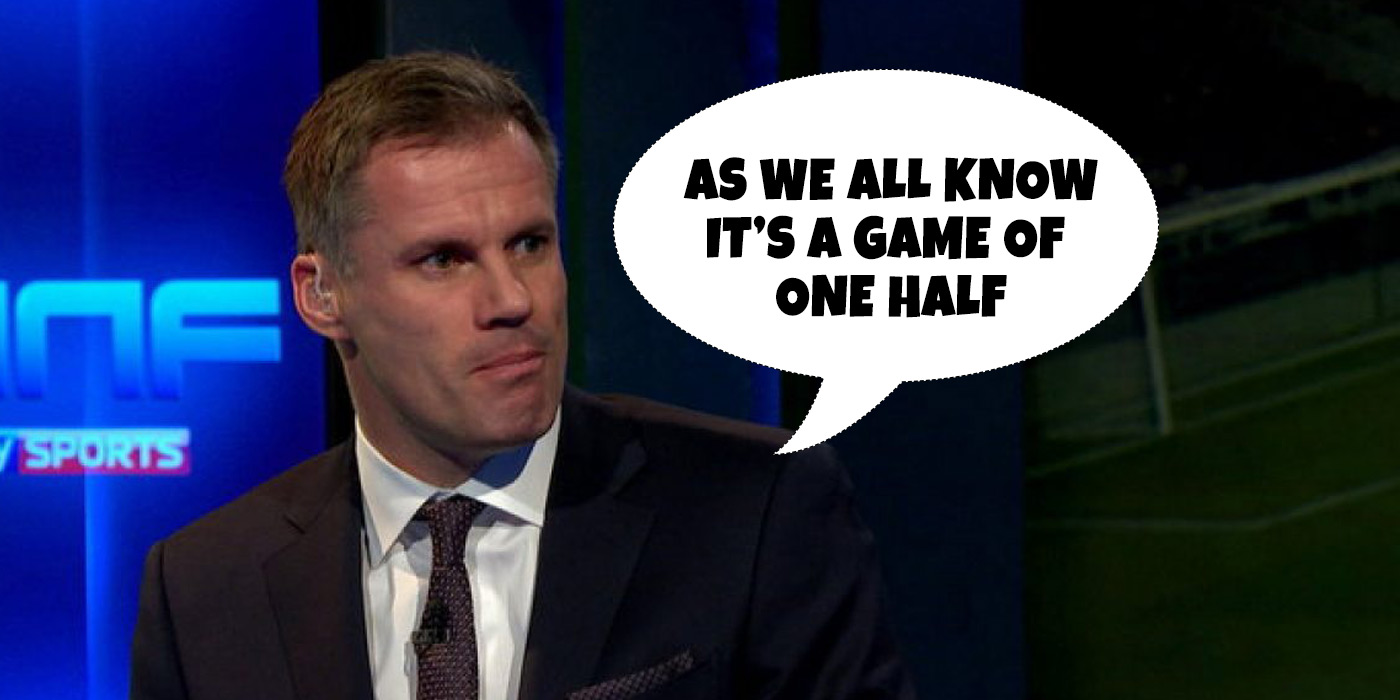 Gordon Taylor, chief executive of the Professional Footballers’ Association, has raised the possibility of the Premier League playing shorter games as discussions continue about football’s return.

With little room in the calendar for players to return to full fitness after the lengthy coronavirus-lay-off, some are said to have raised concerns for their safety. According to leaked ‘Project Restart’ proposals, clubs are eager for the remaining 92 games to be played as soon as possible and have earmarked nine match-days across seven weeks, starting from 12 June.

The fixture pile-up, which doesn’t take into account FA Cup matches and possible European involvement in August, appears to have led to some pretty left-field proposals, including shorter halves.

On one level, you can see the sense in shortening games – players are right to have concerns about how their bodies might cope – but changing the format of the competition would surely raise further questions about the integrity of the rest of the season, which is already due to play out behind-closed-doors at neutral venues.

To stop sides hoofing balls into empty terraces to waste time. This is supposedly liked by the FA who think it could help improve the technical quality of young English players.

To minimise the need for ball boys and girls. This is said to have gained a lot of traction with players who are even open to full 25-man squads being fielded at the same time to create a truly nostalgic school playground feel.

Shown to players who’ve been caught spitting on the pitch. They’d be sent to a sin bin for 15 minutes to watch an educational video presented by Matt Hancock about the prevention of spreading germs.

If there’s one thing football hasn’t been enough like down the years, it’s pinball machines. Now we have a chance to step back, reset and go full tilt at new idea which could revolutionise the game and make it more entertaining. Random multiball periods in games could allow for goals at both ends at the same time!

Despite doing stuff on their exercise bikes and treadmills, physical fitness will be in short supply, and it’s likely that players will be more prone to injury when they start playing again. Entertaining the millions watching at home is the most important thing, and nobody wants to see the top players limp off and spend weeks or months sidelined.

If clubs know that no dope tests will be made, they can pump up the lads with the best PEDs from the Lance Armstrong Institute, meaning they can run faster, jump higher and keep going longer and longer. If they do pull a hamstring or do a cruciate, they’ll be so off their boxes they won’t even feel it.

Teams will be allowed to use up to seven substitutes to mitigate fatigue and … hey, wait … that actually makes some sense.

May as well decide the ties with a couple of rounds of rock, paper,scissors.

Mud pit. Get both team’s managers stripped to the waist and give ’em each a handbag. Last man standing wins.

I was gonna say keepie-upsies but who doesn’t wanna see a mud fight?

Just void the season already, it’s becoming a joke now, far more pressing things to deal with. Just get everything in place to actually start next season.

Bring in Kim kallstrom yo

At a random point in the second half a klaxon sounds and a wild tiger is released onto the pitch for 5 mins. The tiger counts as a defender for offside decisions.

A Different George
Reply to  Ron

I didn’t think the first part of the post was particularly funny or original–but, what a terrific second sentence!

If the game is tied at the end, team with the most amount of uneaten players wins. If it still tied, a naked Joe Exotic is released onto the pitch soaked in meat juice. Teams collectively guess how long it will take for him to get eaten. Closest time wins.

He was offside by a whisker etc etc

I think it might be scrapped. Everything they are proposing isn’t quite right or is unbalanced. Let the Pools panel decide.

Get the clubs playing the matches online on FIFA 2020 (their best player, supporter or employee can work the controls), all the players will be playing, none will get injured, there is no physical contact, the team/player ratings all reflect real life, so the underlying chances of winning still apply.

It is fairer, more entertaining and safer than anything else I’ve seen suggested. Most ideas eg shorter matches, neutral grounds etc are rubbish.

Plus can get done in time for the end of the season and can be seen online by everyone in the world.

At this point this might as well be the best solution. I mean, a couple days ago I saw on ESPN the stream of a game between Alexander Arnold and Diogo Jota, so just do that and be done with this. Is the safest option me thinks, well the safest option would be just void the season but seems it won’t happen

Voiding is the only other option imo. Come back refreshed next season.

So might as well do FIFA to get results. Liverpool has one of the best squads on FIFA so should be fine.

Cancel the season already this is pathetic.

Ya Gooner
Reply to  Lord Jamal

They will hold out as long as pos because shareholders

The talk always seems to centre around completing this season. Perhaps the bigger discussion is whether next season will take place at all. The world out there is a totally different place to what it was. I cannot see any resumption of spectator sports generally for some time to come and remember the French l have stopped their football to ‘at least’ September! Fear has gripped every aspect of society and will continue to do so until a vaccine is found.

Being as clubs need money and players are reluctant to turn out, what about selling places to wealthy fans that always wanted to turn put for their team.

The problem they’ll encounter is if an entire squad comes down with the virus. I’ve had Coronavirus, and the idea that once your symptoms have past, you’re then physically fit enough to go out and play a game of football within a few days, isn’t realistic, and certainly wouldn’t represent a fair contest. Not an exaggeration, I think you’d have teams losing 20-0. There also has to be question marks about the players current fitness, we’ve not played for 2 months, which is twice the break players normally get during pre-season, would expecting them to jump straight back into competitive… Read more »

I think I have a Gordon Taylor eye roll reflex.

Lol at the Orange card one. That tickled me 🙂

If the season is discarded, in that case
Is it wrong to feel good about Liverpool not winning the title???

the g
Reply to  Forest gooner

what’s worse, liverpool winning the title, or having to listen to liverpool fans complain for the rest of your life about the season they should’ve won the title?

Oscandwarf
Reply to  the g

Sometimes there are no good choices.

Hahaha hahaha. The orange cards cracked me up.

Tomorrow Gary Neville will apparently be suggesting another way for the season to end because Sky need him to keep it in the spotlight. On Sunday the Government will say that there will be no live sport for 4 months.
Common sense at last.

I’m not sure how much of this story is made up. It is increasingly hard to tell.

Seems the realities of the covid haven’t really registered with Uefa and co.

Your first one was funnier.