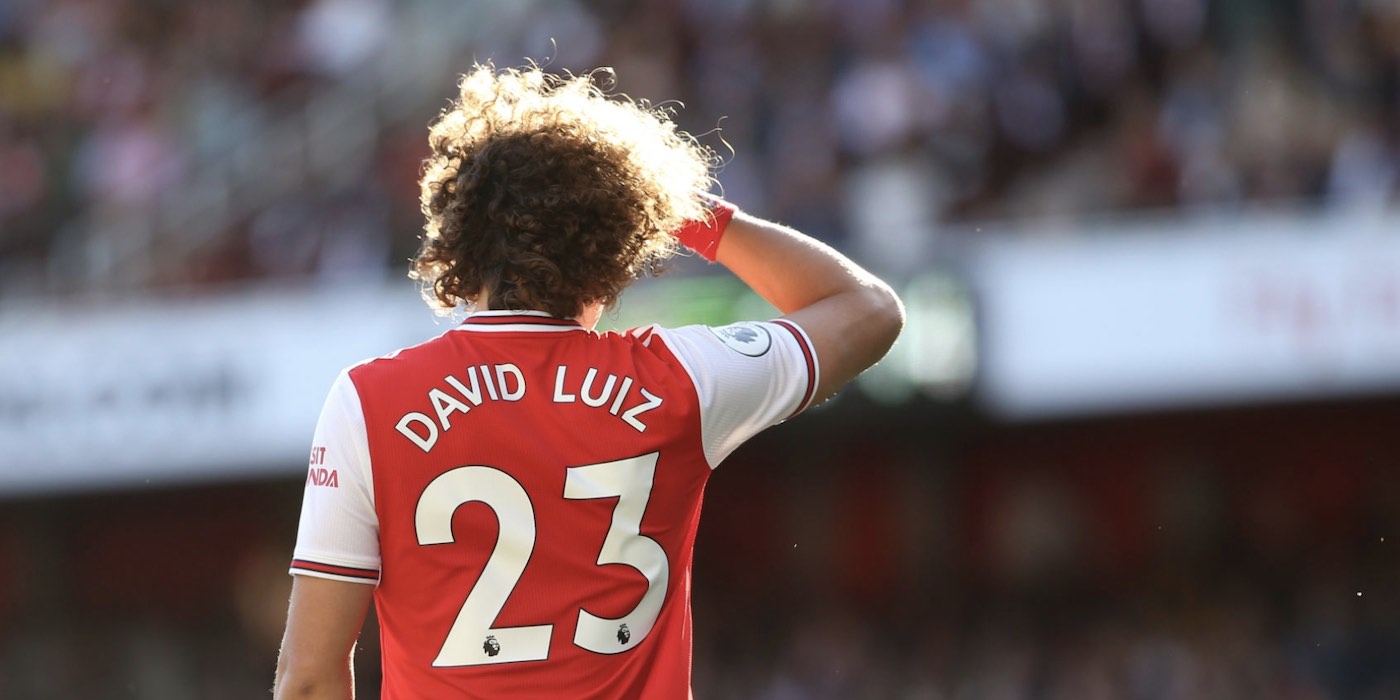 On 30 June, David Luiz’s contract at Arsenal comes to an end. That’s 12 days away.

When he signed from Chelsea last summer, we agreed to him penning a one-year deal with an option to extend it for a further 12 months.

As the country went into lockdown and the financial ramifications of Covid-19 became clearer, we decided, for whatever reason, not to trigger that clause. His agent Kia Joorabchian, didn’t seem to mind, he even stated publicly that the club had bigger things to worry about.

Secretly, he may have sensed an opportunity to push for a two-year deal for his man, possibly assuming he could put his relationship with Edu and Raul to good use.

It certainly helped that Luiz had shown decent improvement under Arteta and that the boss openly praised him for his leadership in the dressing room.

And yet, here we are. No deal is done. Not on a short-term extension to the end of the season nor on anything beyond that.

The Arsenal camp seems to be weighing up where they should put what money they might have this summer and, unsurprisingly, they are nervous about Luiz. Last night’s calamitous 27-minute defensive disasterclass won’t have helped his cause.

After the game, Luiz apologised and Arteta backed his man. At this evening’s pre-Brighton press conference, the boss was again asked about the Brazilian.

First whether the 33-year-old had played his final game for the club.

“I don’t know,” said Arteta. “I told you when I was talking to you guys last night that he’s very open. He’s a man, he’s a leader and I was sure that he was going to speak in front of everybody.

“Me personally, I’m going to defend him with everything I have because I believe in him, he’s shown me a lot of things in his time here and his career speaks for itself.”

Asked whether Arsenal’s financial situation was making life difficult, he went on: “Well we cannot forget the financial situation, the way that COVID-19 has hit every club and the economy in general – it’s going to have an impact.

“What the club is doing at the moment is assessing the situation and trying to clarify a lot of uncertainties that we have in the future.

“We have to make big decisions but time-wise it’s difficult to fit them in our needs. We are trying our best, the club is trying its best, and it’s difficult sometimes because it puts the player or our sporting necessities in a difficult situation. We have to adapt.

“That’s what it is and that’s why I wanted to protect David yesterday. That’s why I didn’t start him. But it’s a funny game and after 20 minutes, you need him and he’s a player who has had a lot of uncertainty in the last few weeks.”

Kia Joorabchian’s decision to use the press to spin his line, certainly complicates matters. For years, Arsene Wenger refused to deal with him and now that he has his foot in the door, he seems intent on staying.

This afternoon the ‘super’ agent spoke to talkSPORT defending his client’s reputation to the hilt. He also took the opportunity to hint at Arsenal stewing over a number of difficult conversations.

This was put to Arteta. “I think for all businesses in general, a lot of clubs are going to be in a lot of positions.

“Don’t forget that we have accepted a pay cut, not only the players but the staff on board, to try to help the situation.

“I think it was an incredible gesture of unity and commitment from everybody working at the football club, that I’m very proud of. There are consequences and the people who are running the club are very responsible.

“What they don’t want to do is put the club in a difficult position. In order to do that, let’s first analyse what our finances are going to look like.

“We know that we have to improve, so let’s look at how we can improve it, and let’s see what we can do to get the club to the position it deserves.”

His contract is too expensive and he isnt good enough. Decision made. I’d rather see Medley or Ballard, we’re not getting European football either way, better to blood some youth.

I absolutely loved the part about Wenger refusing to deal with this Kia dude…. oh Arsene <3

Agreed on both your points.

The other thing in favour of youth being used is that they won’t have a partisan crowd baying for blood if and when they make mistakes. Surely got to be an easier way to transition into the first team?

2020 strikes again if this fella gets a 2 year deal. Are we the Arsenal or a warehouse for a super agent’s b second tier players?

Swiftly becoming a retirement club for players in decline. They should make an example of him and let him walk. Too much of this “I love this club”, whilst holding them ransom. Goes way back to the Wenger days

Wenger days. When players at or over 30 never got more than a 1 year deal.
You mean those days?
Oh, right. Probably not.

This amounts to an admission that what Luiz implied last night is true. The club have left him hanging because they are unable to make contract decisions in a timely or decisive manner. The financial situation they will have known about for months – pull the trigger on an extension or let him go. I hope Raul and Edu took a pay cut recently. Contract management at the club has been totally mismanaged – with Özil’s resigning being just the first major blunder of many.

Why is this even a topic.. let him go, he is an accident waiting to happen each game blood a youngster so then we can justify the mistakes as being part of the learning curve of a young defender ….

I think this situation has shown that one individual by himself can’t help you win, but can certainly help you lose.

Yo man let’s not even mention this Kia guys name anymore… he’s using our club as a fuckin ladder.. he’s a wanna be Raiol Mendes… I liked him when he said he was an Arsenal fan.. but damn these guys are snakes

I read in FourFourTwo that he was the one that brought Mascherano and Tevez to West Ham.. and they were owned by a thirdparty-ownership.

He’s been making max profit ever since..

I’m sure we can afford to keep him, this could just be an easy way of letting him go, hopefully making space for someone better

Lets be honest half the players in the squad are massively overpaid and still on champions league wages. next season will be our 4th without champions league.
We need to get these underperforming big earners out and invest in young hungry players with potential and rebuild. None of the experienced players seem like leaders.
Weve been too soft for years throwing money at average players.

I’d like Nicolas £70M Pépé to show us something at last and I’m surprised our new great coach hasn’t even played him against City. Tactical reason? This player has costed us 4 years of Özil wages already. And UE and Ljunberg both said he doesn’t do enough in trainings to start… Is MA to shy to admit this is still the case? Useless to always mention the wages, there are recruits who haven’t convinced… Ceballos has costed us £15M for one year! Shall I mention Soarez or Mari?

Weve wasted plently of money in the transfer market in recient years, The biggest problem is the huge wages we put these players on makes it impossible to move them on when they dont work out. Pepe looks questionable at 70m after 2 good seasons in france, we can only judge him after next season. Not sure why people are so quick to get on artetas case he needs a couple of windows to sort the squad out which will be difficult seeing as our huge wage bill means we have to shop in the bargin bin hence mari and… Read more »

Why we let monreal go for nothing when he could play left back and centre back hardly ever had a bad game, seemed like potential captain for a year or 2. Instead we spent 8 million and huge wages on luiz. kola cant even play left back cos he doesnt know how to defend or tackle and tierny was injured when we bought him.