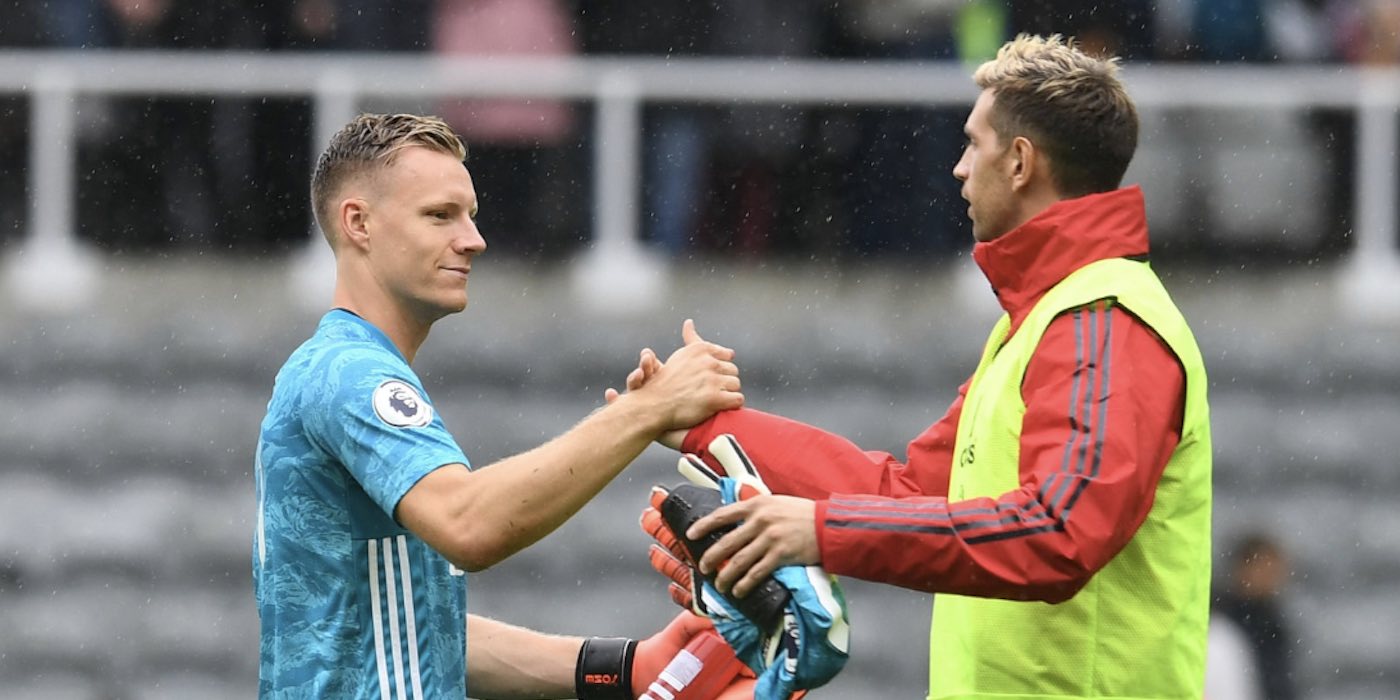 Mikel Arteta has told Emi Martinez to enjoy his chance to shine as Arsenal’s first choice stopper with the Argentine set to deputise for the injured Bernd Leno for the rest of the season.

Martinez joined the Gunners in 2012 but has had to be patient working his way up the ranks at London Colney relying on five loan spells in England’s lower leagues and a season with La Liga side Getafe to gain valuable first team experience.

To date, he only has seven Premier League appearances to his name but if everything goes to plan he could double that number in the coming weeks.

Asked whether Martinez is ready to be put under the spotlight, Arteta backed his former teammate to grasp the opportunity with both hands.

“He’s been very patient for a lot of years, waiting for this opportunity,” the boss told his pre-Southampton press conference.

“Now it’s in his hands. He needs to enjoy it. He needs to take it, enjoy it, make the most out of it and help the team when he really needs to. That’s what he is here for.”

He added: “What I know about Emi is the way he prepares himself, how patient he’s been and how much he’s been waiting for this opportunity.

“When you do that, you expect when the opportunity comes to perform and put everything that you’ve done in the past into the next few games to help the team and make proud of yourself and [realise] it was the right decision to stay, to work and behave the way he’s done over the years at the club.”

While it sounds like Leno’s injury – a moderate ligament sprain to his right knee – isn’t as bad as first feared, we’re still going to be reliant on Martinez at a crucial point of the season. Arteta dismissed any suggestion that the 27-year-old doesn’t have the quality to succeed.

“When you are needed you need to make the difference for your team.”

Talk some sense into him. I was mad pissed off when I read that “cover for Leno” comment.

Encourage these players to be competitive. That’s the only way they can bring the best out of eachother.
I remember Fabregas’ interview where he mentioned how the ’03 squad were so competitive that they often got into brawls and contests in training.

Let’s get Arteta to attend your man management classes. You are still holding them behind the pub lavatory?

No need to be a dick.

Sorry – came out sharper than intended. Managanese is just sharing his thoughts, as we’re all entitled to. Doing so doesn’t mean we know better than Arteta or we consider ourselves football omniscients – just being fans. Supporting Arsenal is hard enough. Let’s not make it harder on each other.

That’s just what he said in public for an interview though – it doesn’t mean that’s how he actually feels / thinks. At the time, we thought Leno’s injury was long term – it could have even been career changing if he was out for a year, as was being suggested. In that situation, it would have been pretty insensitive if he said to the press “Leno’s injury is a great opportunity for me to take his place permanently”, and it just would have stirred up unnecessary controversy, press coverage and pundit whining. There’s a reason why players just say… Read more »

Make no mistake, Damien doesn’t intend to let Leno back into No 1.
And my money on him to be one of the gems for the rest of the season. He seems to have that raging madness which you need from a top top keeper, which Leno keeps relatively subdued.

I’d imagine that there could be a few interesting crosses coming the way of Emi this evening, but he’s a big lad and he’s not exactly a novice so good luck to him and everything crossed for a clean sheet…

And he’s a mad lad

On a seperate note, does anyone know how long the players wage cut is supposed to last?

I don’t quite think ‘enjoy’ is the correct word here. I’m thinking more along the lines of ‘endure’……

Emi has been a good keeper throughout the Europa League and the players trust him so I’ve no worries from that point of view. I was a bit annoyed when Arteta dropped him for the game against Olympiacos.

Martinez looks pretty good as a no2 to me. The only issue will be if he gets injured, but let’s not waste more money on bringing in further players to not play.