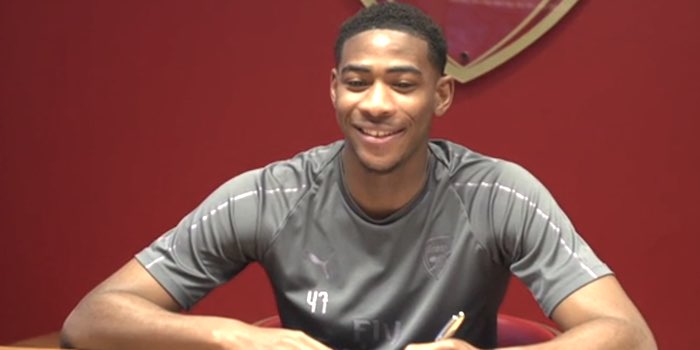 Mikel Arteta suggested in his press conference yesterday that some Arsenal youngsters could get opportunities to impress when the Premier League gets back underway.

Here are five prospects who could feature in some capacity during the remainder of the campaign.

Perhaps the most high-profile of the quintet, former Chelsea player Medley has made three competitive appearances for the first-team and has also been on the bench in the Premier League but fell down the pecking order a little this season.

Now, however, he appears to be back in favour and has been training with the first-team regularly of late. The tall defender, who is mainly a centre-back but can also play at left-back, possesses excellent technique.

Medley does have a tendency to make costly mistakes at times but he will hope to show that he is capable of performing with greater consistency.

There remains much uncertainty about who will be Arsenal’s back-up right-back next season, and Swanson will be hoping that he can fill the void.

Previously a winger, the Hale End product has adapted well since being converted into a full-back and dealt well with the threat of Leroy Sane in an U23 game this season.

Swanson’s positioning requires some work, but he often makes excellent interceptions and is capable of delivering dangerous crosses.

Another Hale End graduate, Smith is known for his excellent passing range and the youngster has been training with the first-team on a regular basis.

Although he isn’t the tallest or quickest, Smith has a useful blend of defensive and attacking attributes.

Arteta has been impressed by the youngster’s approach in training and could call upon him at some stage during the upcoming hectic schedule.

Coyle has hit the headlines recently after making his non-competitive debut for the first-team as a late substitute in the friendly defeat to Brentford as well as being nominated for the Golden Boy award.

Usually deployed as a winger, he has also previously played in the number ten position and is excellent technically.

Coyle’s decision-making under pressure isn’t always of the highest standard, but he is developing well.

Another centre-back, Ballard has frequently bounced back from adversity during his short career so far.

The defender was previously released twice by Arsenal only to be brought back in on both occasions, while he suffered a serious injury while on loan at Swindon this season but has since recovered and is ready to make an impact.

A player with good leadership qualities, he has been called up Northern Ireland at senior level.

Zech Medley hasn’t impressed me when I’ve seen him in his few appearances for the first team. It could have been abit early for him then and I’m sure he’s developed since otherwise Arteta wouldn’t have him training with the first team. Hopefully he can iron out some of his errors in a similar way to how Mustafi has under the new leadership. He does appear to have all the attributes to become a top centre half.

Yes I’d have to agree with your assessment of young Zech’s first team performances and Jeoge is a very good judge of our youngesters.
Let’s hope that Arteta and his coaching team can work their magic and improve his all round game.
His height and physical presence and his ability on the ball (along with being left footed) are qualities we need in our defence.
Let’s hope that some of the lads mentioned can do well enough to save us a few quid in the transfer market.

Daniel Ballard sounds like a very impressive young man. Mark of a strong character who can deal with rejection and injury at a young age and still considered on the brink of the first team

Gotta say – I don’t think any of these players are anywhere near first team level for us.

However, the age group slightly below them are looking very promising: Cottrell, Greenwood, Balogun and Azeez. I have a feeling we may skip straight to these kids for first-team opportunities. I have a hunch Azeez may be on the fast-track into our central midfield.

Well, if Pulis becomes available we can always sack Arteta off – solid starting 10+gk right there.

Start all of them. They must be more motivated to play for us than Benfica and Boca.