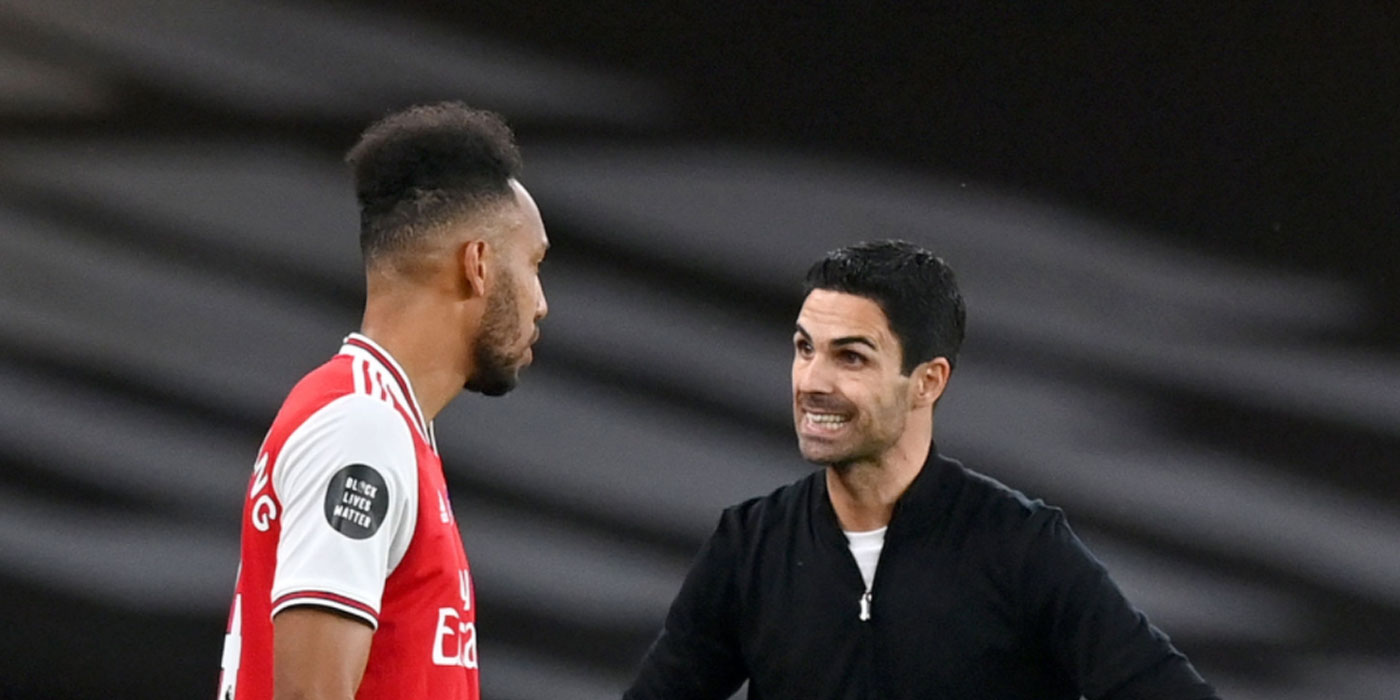 Mikel Arteta has sounded a positive note over the future of Pierre-Emerick Aubameyang, saying talks between him and the club have given him confidence the captain will stay and sign a new deal.

The 31 year old struck twice against Man City on Saturday to bring his goal tally for the season to 25 in all competitions, underlining his importance to the team right now, but also for the rebuilding job Mikel Arteta is set to undertake.

With less than 12 months remaining on his current deal, a decision has to be made one way or the other when the season ends, and the Arseblog boss revealed the discussions between all concerned parties were going well.

Asked if a deadline would be set, he told Sky Sports, “I don’t know, to put a date right now is very difficult.

“I like the way the conversations are going, I like what I’m hearing. I’m sure for both parties, the quicker we can do it, the better for everyone

“I am confident he will extend his stay. I think he can sense – and we’ve told him – how much we like him, how much we value him.

“I think the connection he has with the fans is unique. I believe he is in the perfect place for him.

“Everything I have from him and the people around him is the same. So I don’t have any arguments to say something different.”

One possibility, if new terms can’t be agreed, is Aubameyang remaining at the club for one final season, with Arsenal banking on his goals being more valuable than any transfer fee they might get in a depressed market.

However, that’s not something Arteta is specifically thinking about right now.

“I don’t know,” he said when asked if this was something that was being considered.

“Obviously right now the plan A that exists right now is to extend his contract, and make sure that we can keep him here.”

Keep him either way?where the goals gona come from otherwise

Arseblog was always pushing the Arteta > Emery agenda. We now know why

So Arteta is the ‘Arseblog boss’. Nice.

This explains why we’ve never seen Arteta and Blogs together in the same place.

‘..and the Arseblog boss revealed the discussions between all concerned parties were going well.’

Auba not wanting to insert a Pringles and Phil Collins clause then?

The main hangup right now is that Arsenal are insisting that he perform commercial duties by endorsing the green Pringles flavor. Auba walked away in disgust after inhaling the vapors released by opening a can. #ITK

Arsenal have acquired Arseblog and the poo-o-meter is to be integrated into Raul Sanllehi’s transfer strategy.

This is the data-driven recruitment process for which fans have been clamoring.

Genuinely can’t remember having such a clear, honest and transparent voice coming from the club! It feels so refreshing

Arsenal have no plan B, so they said. Hopefully plan A works out fine

Id rather we got it sorted before the final so it doesn’t play in his or the teams mind. See David Luiz Vs city.

Arteta is the Arseblog boss? Awesome!

Hopefully, the next update on Auba’s contract is that he’s signed an extension. While it’s great to get these updates from Arteta, it’s getting tiring with no actual movement.

i like auba becaze he doesnt waste any chance