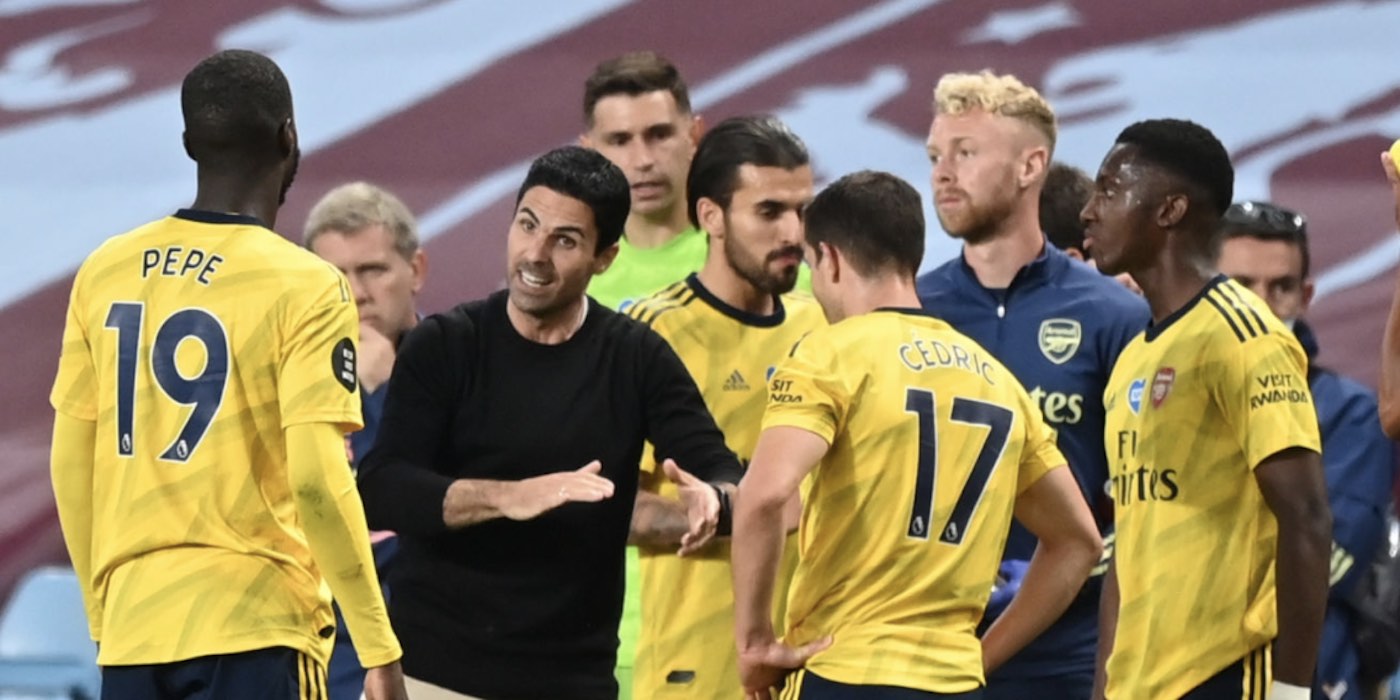 Revealing that he has prepared speeches in the past, he says he’s equally happy to go with the flow depending on the vibe he’s getting from his players.

Asked how he approaches the final moments before kick-off, he said: “I always need to have the feeling of how we are and I need to smell it a little bit.

“So I will see tomorrow how we are, what is needed and try to top them up.”

While the Spaniard is not blind to the importance of the match – the biggest so far of his fledgeling career – he’s keen to shield his players from the noise surrounding it and instead wants to get them focused on the job at hand.

“We have to play the game and try to win the game and perform at the highest level. We know the opponent that we’re going to have in front of us and the rest is a consequence of our performance and what we do on the day.”

He added: “We are very excited, it is such a special day, in the country and in this competition. We are a club that is very much linked with it with the amount of times that we have won it, so we want to do it again.

“For me, as well, it is so special that it is in my first season in charge in a final with the team and the boys are really excited and looking forward top the game tomorrow.”

Come On You Gunners!!

I’d talk to Pep now, an early Pep talk gives more time to thnk it through and then tell the players.

Good joke but no thanks

We all hate this joke.

Please win. Do it for Arteta and do it for Wenger. If we win we get Europa League, Auba might stay and we’ll have more money to spend!

We also owe Giroud an “extra special feeling” after reminding him who’s the boss in London.

I loved Giroud .. underrated did all he could with us ..

We shouldn’t have bought Lacazette. We wasted a lot of money and had to sell Giroud because Lacazette cost so much.

When did Lacazette actually become shit? That is what I would like to know. He had a rough spell and everyone (inc. Blogs) wrote him off as a declining force – spent – past his best. In the last half dozen games he has been world class. If we actually had a midfield I’m sure he’d have 20 goals and Auba would have been golden boot.

He hasn’t been world class, he’s been a better than before

By ‘better’ I meant improved….not better than world class

Big chances created we’re 12th (60 behind City; 40 behind Liverpool; 36 behind Chel$ki; and even 21 behind Foxes):
https://www.premierleague.com/stats/top/clubs/big_chance_created?se=274

We have no-one in the top 10 of final third passes complete:
https://www.squawka.com/en/most-passes-completed-premier-league-2019-2020/

The problem is not our forwards and it’s not Lacazette. We have a mid-to-lower table midfield and all the stats show it.

This is what I ve been telling some fans that believe laca is spent….d issue is d attacking midfield n am happy that’s where focus is really on presently,not saying we don’t need other positions but AM is top top priority before else where…

That would be the Lacazette that was last year’s player of the season?

Giroud is not underrated.. he’s exactly where he should be, 2nd or 3rd choice, at a club that wants to win. People are frustrated with Laca’s drought, Giroud use to have one of those every year. Couldn’t score 20 goals in PL playing in front of Santi, Ozil and Alexis at their peak..

I love Giroud’s grit and dedication. Wenger brought him in from French third division and made him one of the best forwards. Many have better talents, but few match his intensity and drive to improve and succeed. Not many can come in at Arsenal or Chelsea and become the leading striker.

Actually, Giroud came to Arsenal as Ligue 1 champion with Montpellier.

As much as I love Giroud, he wasn’t and still isn’t dependable on as a first and sole striker. Which is why he we couldn’t win the league with him as number one with the rich midfield we had then. Very good as a second striker however.

I started to read the headline when it popped up on my phone and thought it was going to say Arteta to leave Arsenal…. thanks for the mini heart attack!

As long as that pep talk includes “You owe Chelsea for Baku last year”, have it right before they walk out onto the pitch for all I care!

Obviously it’s a shame not to have the fans there but hopefully it’ll allow for full focus from the boys.

Dani will hear his name throughout ?

Later in the same interview when asked if Wenger was the best when it came to talking football “I think you can talk about anything with him and you can take the book out and make some notes”.

Love this from Mikel. It’s the sort of thoughtful & imaginative turn of phrase that the man himself would’ve used.

I can’t even be bothered to put the counter argument. Wenger was great to a point. Hoping Mikel is even better. Call COYG, let’s win this cup

Hope some other illustrious names come by and give the lads a pep talk too… Remind them what they have to live up to given our history with the cup but more importantly the importace of finishing in Europa for us this season. Keown, Metersecker, Llungberg, Henry all light the firecracker up the arse of these players. We need 150% on the day. NO insipid Pepe take on and lose the ball, don’t bother to chase ift back down. We want Alexis level commitment on the pitch from all players. We want Sagna hunger to get back after going two… Read more »