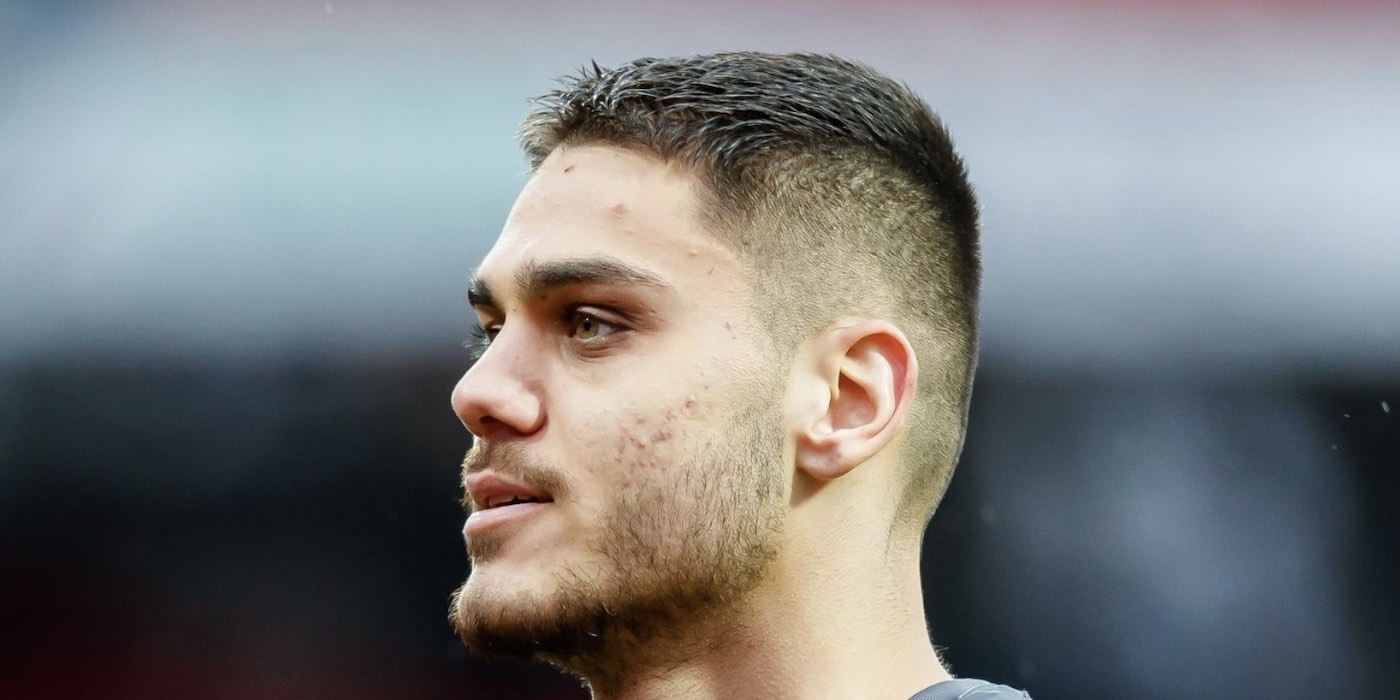 Stuttgart are interested in signing Dinos Mavropanos from Arsenal, according to German outlet kicker.

They recently secured promotion back to the Bundesliga, finishing runners-up in Bundesliga 2, and are looking to strengthen their squad ahead of the new season.

The Greek defender finished his loan spell with Nurnberg last weekend, helping his team avoid relegation, although he didn’t play in their final match.

However, he made a total of 12 appearances following his loan move in January, and generally played well after an injury hit couple of years in North London.

The fact that Sven Mislintat – the man who recommended Mavropanos to Arsenal almost as soon as he became our Head of Recruitment in late 2017 – is now Stuttgart’s Sporting Director lends some credibility to the report.

He scouted the centre-half when he was playing for Greek side PAS Giannina, and although he was supposed to go out on loan after joining the Gunners, Arsene Wenger was impressed enough to keep him and play him in some of our final games of the 2018-19 season.

His time with Arsenal was beset with injury, and his departure looks likely, even if he could hardly do worse than some of the centre-halves we have at the club right now.

Whether Mikel Arteta will give him another chance remains to be seen, but the last of 8 appearances for the club came in December 2019 when he played the full 90 minutes of our 2-2 draw in the Europa League.

Arsenal’s financial may have an impact too. Without European football our spending power may be limited so using players we already have might be a way to rebuild when all you can afford to buy is a second hand chair (which could still pass a football better than Kolasinac).

I’d rather move on some of the older centre backs

Problem is you need to find someone that wants them!

Not renewing their contract may also help

We should try the duo of chambers and holding for a few games when they’re both available. Both decent players if nothing special. May work out and might help free an extra man for the midfield. Or them two with Saliba.

In order for that to happen Chambers must heal up first.

Keep him. Coach him and see if he can fit. We already have him. He has all the physical attributes and is technically as good as what we have. Injuries prevented him from progressing before. I’d hope arteta at least had a look at him for a year. We have nothing to lose and no money to buy

The problem is that we have 8 CBs, so at least 2 need to go in the next window.

We’re probably not going to sell Saliba, Luiz or Mari, and nobody wants Mustafi, so that leaves Sokratis, Mavropanos, Holding and Chambers that are saleable. Chambers at least can cover CB, RB, LB and DM. Mavropanos is an asset that can potentially increase in value quite a bit. Holding could develop into a first-choice defender. So who do you put up for sale, other than Sokatis?

We really should have let Luiz run down his contract and then leave.

He looked so good when he bullied Lukaku

Dinos is probably the exact kind of centre-back we need, no wonder Sven is wanting him again. I reckon Edu could get him on the cheap especially since he’s already an Arsenal player. I guess we don’t need him considering we already have some young dynamos in David Luiz, Shkodran Mustafi and Sead Kolašinac.

If he behaves well and fit in the group, headmaster Arteta will offer him a contract.

Our center back situation is very weird. We apparently have incredible numbers of them: Luiz, Mustafi, Holding, Chambers, Papa, Mari, Mavropanos, even Kolasinac and Tierney have been played there. Yet we look desperately poor in defense and always feel like we are short of options at center back.
We need to go for a quality over quantity approach (and invest in young high potential players instead of tried and tested mediocrity). Selling Mavropanos looks the opposite of this.

No room for Mavropanos, since we seem to be committed to playing the 3 Stooges: Curly-lasiniac, Larry-uiz and Moe-stafi.

It’s being reported as another loan, he’s a good young player and may well be worth keeping in the long run.

Rather him actually play for us next year alongside Saliba. Really can’t do worse than Kolasinac, Luiz etc.

It might not be a great idea. Considering that he was highly rated when he arrived. I still believe theres a player in him we just never really got the chance to see him play. He played a few games for Wenger towards the end of the season. He hardly featured for Emery but has been doing very well on loan. He’s still very young maybe we can send him on loan again to see if he can be part of the team in Arteta’s second season when players like Luiz contracts end. I don’t think Arteta has plans to… Read more »

I’d rather keep Dinos than any of the three playing now. At least he is young enough to learn.

Arteta cannot be blamed for the defence right now, but all eyes will be on that after a window.

My own humble assessment of our 8 options at Cback none of which are the real deal at present. 1)Mavropanos. Most likely moving on. He isn’t young anymore and has not done enough to convince. AND as much as some people like to constantly poke holes at Mustafi… he is starting for a reason ahead of many others. That’s of course not saying much. 2)Holding whom many like to wank off to is not entirely the answer either. Of course more time playing will help but we could also see mistakes from him whom same Mustafi detractors prefer to cast… Read more »