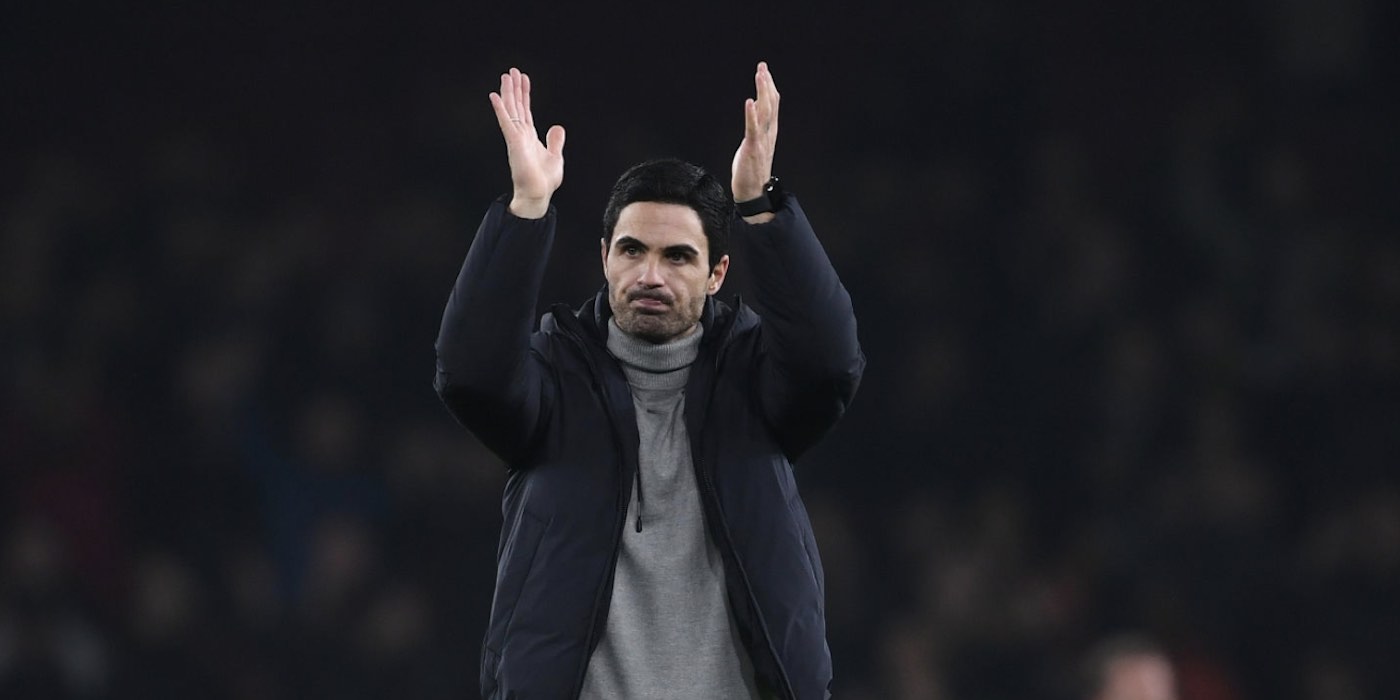 Fans have not been allowed in football stadiums since the end of lock-down in June, and the game without them is lacking something fundamental.

Arsenal supporters have missed out on plenty, not least seeing their team win a record 14th FA Cup in August, as well as a Community Shield win over Liverpool later the same month.

With Mikel Arteta rebuilding the side following his appointment last December, so much has happened, and the Arsenal boss believes what he’s trying to do would be benefitted by the presence of 60,000 Gooners in the stands for our home games, and the vociferous away support we bring with us on the road.

Speaking ahead of Sunday’s visit to Old Trafford, the Spaniard said, “When you are trying to build a new project there is something you need, and that is your people and your crowd.

“If not, you are unable to generate that synergy, that cohesion, that unity within them so they feel they belong to what we are trying to do – that they feel united, they feel close.

“It is really difficult and we are now suffering when they are not in the stadium because I really want to see them closely – not on TV but really closely – what the team is trying to do, what the players are putting in so they can feel that connection with them.

“They will then be really participating in what we are trying to do and that is a really powerful thing.

“There are a few examples in this country of how important that is when you are trying to build something.”

Arteta takes his team to play Man Utd in the knowledge that the last time Arsenal won there was 2006, but nevertheless he sounded an optimistic note.

“I want to believe we’re getting closer to getting the win there,” he said.

I am not sure Arteta wanted the fans around for the Leicester city game, where David Luiz long balls were all we could come up with. If you play well or try to be positive the fans could help you, but if you keep passing the ball back in defence when you are 1-0 at home, then I think best the fans stay away and not hurt your feelings.

I can’t wait for the end of the season, the end of Ozil at Arsenal. We will finally vomit the poison.

No you will just look for another scapegoat.
Auba’s probably going to suffer the same fate for staying loyal and signing a big contract in a dysfunctional team
“Vomit the poison” wtf are you talking about

An attribute Eddie strangely gets so much derision for .
His goal last game was wonderful, hunger.
With fans he’ll be a gnarling dog

The play was very slow during the first half, if the crowd got behind the team and helped raise the tempo it would have been a different game. They would also have gone ballistic when that goal was disallowed, it would have made a big difference. The team are having to do their own support and motivation for each other, it’d be nice to be able to help them.

Or….. away stadiums could be packed and the team chokes and gets bullied in away matches, as usual. It’s the same for everybody, Mikel.

14 years without a win at Old Trafford is embarrassing.

Regardless of how it happens we’ve no win at Old Trafford since 2006 and no away win against a “top 6” team since 2015, and that’s WITH travelling support – I know I was part of it on more than one occasion! These are facts and they make Arteta’s comments look a little daft, don’t they.

Uhmm yes, but Mikel has only overseen about 2 of those defeats..and better defeats than the now usual shellackings we got used to

You need to tell that to Wenger who wanted to give fans the attacking game he did not have players for. Two weeks ago, Mourinho said the reason he wasn’t mentioned in Wenger’s book was that out of 15 games, Wenger did not win any. I remember games against big teams where we were 3-0 down 15 minutes into the game. This happened 3 to 4 times a season. Arteta played in some of these games. He is perhaps trying to avoid this by playing defensive or non-attacking tactics. He doesn’t believe in the quality of our players the way… Read more »

We won there in the FA Cup quarters a few years back. Danny Welbeck winner. We went on to win the cup. I was there.

Idc if its been 14 years since we’ve done it in the leauge. We won it at old Trafford.

I’m usually a supporter of Arteta who has a difficult job on his hands (more difficult than even he thought initially, I suspect) but really … . I wasn’t aware that we’re the only club playing in front of empty grounds this season – and as a season ticket holder I can confirm (in case Arteta has forgotten) that the general noise/atmosphere at The Emirates, even when full, is nothing compared to what you experience at several other grounds in the PL that I’ve been to. Yes, our travelling support is usually louder than at home – but that hasn’t… Read more »

He’s not suggesting that we lost because we have no fans in the stadium, he is suggesting the fans can’t get a real feel for how hard the team is working and growing when they are watching on the tv.

Also, the players can’t get a real feel for how much the fans appreciate the hard work, most of the teams have had fans in the stadium before lockdown to show them how much they love seeing the players work hard. Arsenal with arteta haven’t had that as they were still finding their feet under arteta before the lockdown.

What dump thing for Arteta to say.
Does it mean it is only Arsenal who has been playing in front of an empty stadium.

Find solution to the attack and stop playing players out of position. It is not working.

No it doesn’t mean that. It means what he said exactly, so read carefully! He doesn’t say we are the only team with this problem, just that it particularly affects us at our stage of team development. We are building a new team here, in his image as a new manager. Having fans around would help us particularly as that newness of ideas and positivity that the fans feel going into a new season can help energise the players. We’ve seen some sluggishness in attack and fans could drive the players to make more runs and speculate more. Again, he… Read more »

Bit hard to believe. The Emirates can be rocking but it also can be a bit dull at times.

Not an excuse since all clubs are suffering. Just get on with it. A must win tomorrow.