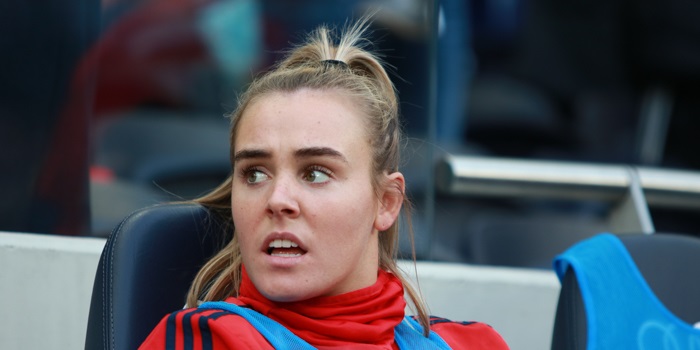 Arsenal midfielder Jill Roord has been voted as the FAWSL’s September Player of the Month. The Gunners star beat off competition from teammate Vivianne Miedema, as well as Manchester United’s Kirsty Hanson, Everton’s Izzy Christiansen and Brighton goalkeeper Megan Walsh.

Hat-trick hero @JillRoordNL is your player of gameweek two!

What a performance for @ArsenalWFC ?

Watch her highlights on the FA Player ?

Roord has opened the season in sensational form, scoring hat-tricks in both of Arsenal’s opening WSL fixtures- one against Reading in a 6-1 victory and the other against West Ham in a 9-1 drubbing. Jill also scored the winner for Netherlands against Russia during the international break. Unfortunately, she also picked up a slight knee injury in that game and has missed the last few games.

Six goals in two games, seven in three, she’s not “Jill who” anymore! I do get frustrated with these international breaks however. Our players always seem to pick up niggling injuries when on duty for their country as if we don’t have enough trouble with injuries picked up at home. Why can’t they play a majority of these games outside of the European domestic season? I would have been livid if Leah had come back from the utterly pointless England training camp for a manager that will not be there at the next tournament with an injury but fortunately common… Read more »

Well deserved! Jill was unplayable before she picked up the little injury.