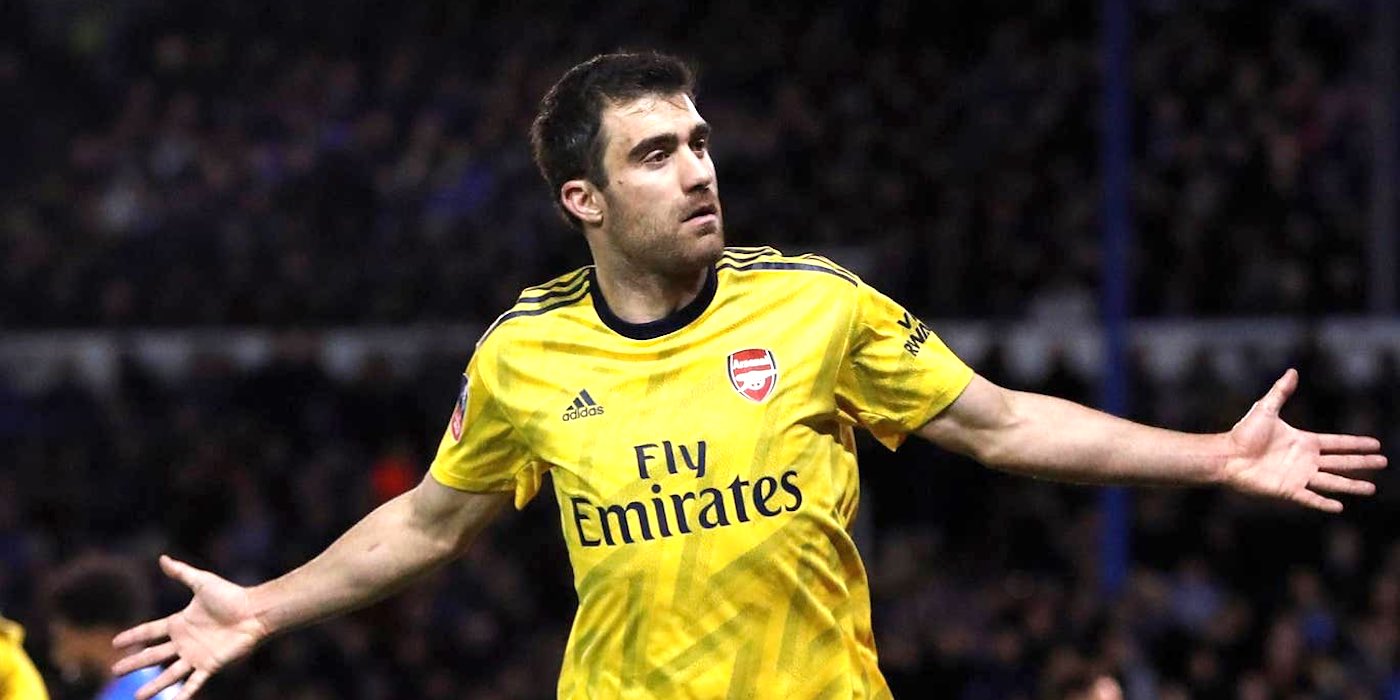 AS Roma are weighing up a deal for Sokratis if Manchester United thwart their attempts to sign Chris Smalling on a permanent basis.

As things stand, it sounds like the England international, who spent last season on loan at the Stadio Olimpico, will complete his move, but our man, who we’ve been hawking out across Europa all summer, is on standby.

It’s a familiar story for the 32-year-old Greece international who not so long ago looked set to join Napoli – owner Aurelio De Laurentiis even confirmed the contact – only for a move to be cancelled when they retained the services of Kalidou Koulibaly.

Sokratis, who signed for the Gunners from Borussia Dortmund for £15 million two years ago, has experience of playing in Serie A. He spent two years with Genoa and then a further two years on the books of AC Milan although one of those was spent out on loan with Werder Bremen.

This could be one of a number of potential outgoings today. We’re expecting imminent confirmation that Lucas Torreira and Matteo Guendouzi have joined Atletico Madrid and Hertha Berlin respectively.

As for incoming, any cash received from loan fees and the sale of Sokratis will be directed to Spain where the Gunners are looking to trigger Thomas Partey’s €50 million release clause.

So he’s probably not going then…
He’s a decent player, Sokratis. We just needed someone a bit more technical but he’s fine as a back up option. I’m fine with him staying but there are just too many CBs at the club. Perhaps we could play a 8-1-1 formation and incorporate them all.

The spoon
Reply to  Merlin’s Panini

Still can do business between English clubs, so might be able to convince Steve Bruce to take him…

Merlin’s Panini
Reply to  The spoon

Isn’t that only between prem and other english leagues, rather than prem to prem?

That would be brilliantly funny if it happened. Leave United with a player they don’t want but tried to stick Roma up for.
Either way tho, PapaSok needs a move today or he going to have a miserable season most likely.
See things have gone very quiet on Kola and Mustafi too :/

I really do hope we manage to move on him, Torreira and Kola. Partly for their own sakes, but also it really can’t be good for team spirit etc to have players who don’t want to be here and know they won’t get many opportunities to play

I guess if there is a january transfer window (who knows anymore…) that’s already not too long to wait.

He’s OK but if we’re honest about it, he hasn’t justified the £15million we paid – not enough self-control on the pitch leading to too many unnecessary bookings/suspensions really. Passion is fine but good defenders control it better. We’ll only get a fraction of that initial outlay back, but it all helps.

We really need to sell the likes of Kolasinac (at least) to help towards the fee for Partey. Still time, but there aren’t any other obvious candidates, are there?

Kolasinac del is of and the Germany transfer window is closed. So it looks like he is staying for now.

Did they see him playing or something?

Leverkusen could not pay his wages.

Ah. That’s a problem (not the only one – lack of real quality also features a lot as well) with many of the players we’ve been trying to offload in this transfer window.

That’s bad news then. We could have done with the money he would have brought in.

Not generating much money on sales is our problem. We should still be getting something for Sokratis IMO 6mmaybe to 9m if we knew how to sell him. He’s a decent Cback and consistent with maybe 2-3 good seasons left. Just Arteta was unable to convince him plus age maybe an issue. We have been poor generating income. Martinez has been feather in the cap thus far at 20m but beyond a couple more maybe 10m sales (Kola and one other maybe), Torreira (Unless he makes some weight on a Partey deal) has been dissapointing. And we have spent 20m… Read more »

Latest is that Roma is back in for Smalling, so we can have another player staying at Arsenal.

If we don’t sell then we will have more than 17 non hg players. Who do you guys think will miss out ?