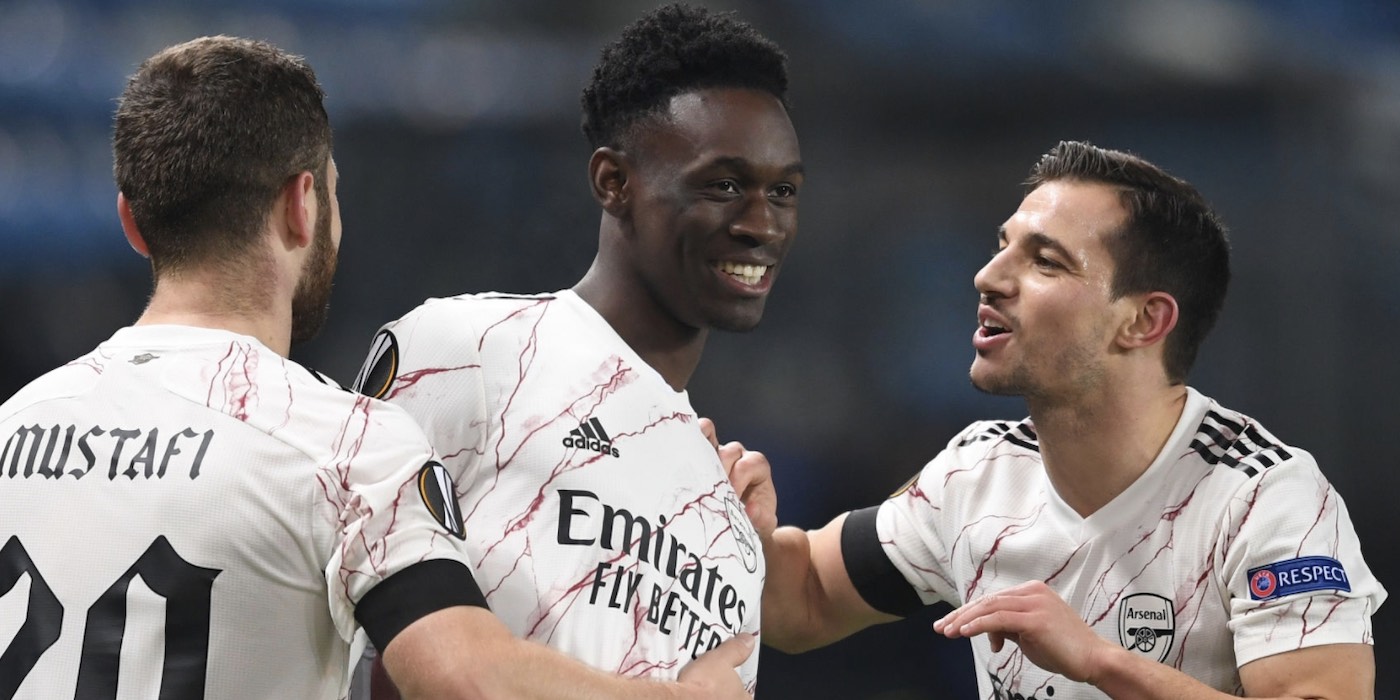 When Folarin Balogun found the net for Arsenal against Molde last night it was a significant moment not just for himself but also for the club’s academy as a whole.

Whatever circumstances the club finds themselves in, the production line of prospects hoping for opportunities to impress continues.

Balogun has seized his chance and will now be aiming for further involvement as he looks to push ahead in his development after excelling at youth level.

The striker’s impact will also serve as an inspiration to some of the younger players in the academy, especially those who play in the same position as him.

Khayon Edwards, a 17-year-old first-year scholar, will certainly have been inspired by Balogun’s efforts.

Edwards, who usually plays up front but is also capable of playing on the right wing if required, has scored three goals in eight appearances for the U18s so far this season.

In addition, Edwards made his debut for the U23s as a substitute in the comprehensive victory against Blackburn Rovers, while he was also named on the bench in the EFL Trophy.

Having seen Balogun receive chances in the first-team, Edwards will know that if he continues to progress then he could well be in a similar situation in a couple of years, or perhaps even sooner.

Like Balogun, Edwards has impressive technique in addition to being clinical in front of goal. Now he will have extra belief that he will eventually be able to be involved with the first-team.

Injured on international duty with the England u20s. Back at Doncaster almost ready to return playing

Viv the 🐐
Reply to  TJOY

I have seen him back in Doncaster gear. Hopefully he will play again soon.
Up The Arsenal!

Always good to see an academy prospect scoring goals. With Balogun & Nketiah in the squad, do you think Laca will depart in January, taking into his contract situation as well, obviously not in Arteta’ long term plans, if they are not offering Laca a new deal. What do think?

I can’t see many teams matching his wages. And Laca holds all the cards with limited time remaining on his deal.

maybe we can do some kind of deal with Lyon for Auour?

Viv the 🐐
Reply to  Cultured Determination

I thought about that option too. But I can only see that, if one of their attackers (Depay, Dembele leaves too). I’ve heard of a suspension of Aouar because of some issues in Training. I’m just praying that we pull something off. I mean our best friends Athletico were interested in him before signing Suarez. Maybe someone needs a striker. Can’t really see it. But I definitly agree with not extending and selling him. He can’t get his skillset over the line and we have a lot of talent needing gametime at the moment. I hope something is possible. Up… Read more »