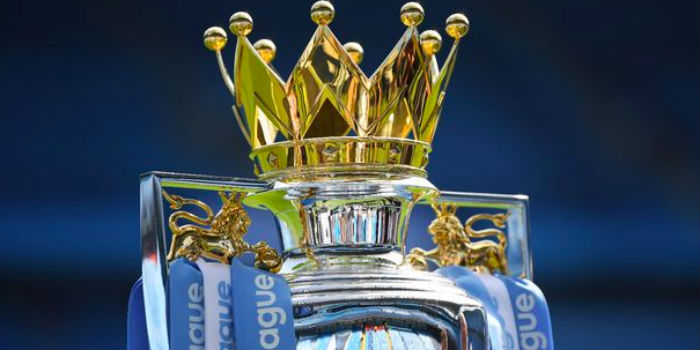 The Premier League has confirmed that it is discontinuing pay-per-view matches and that all 2020 matches not previously selected for broadcast will now be available to watch via Sky Sports, BT Sport, Amazon and the BBC.

While the games aren’t ‘free’ – fans still have to pay a subscription fee for three of the aforementioned platforms and a licence fee – they won’t come at an additional cost.

The situation, which mirrors the arrangement during England’s first period of national lockdown, will be reviewed in the new year. At that point, clubs will be desperately hoping they can invite some fans to watch games in the flesh.

A statement reads: “The Premier League today announces that all fixtures from Saturday 21 November, and throughout the Christmas and new year period, will be made available to fans to watch live in the UK.

“Working with our broadcast partners, and with the support of clubs, all matches will be shown via existing Sky Sports, BT Sport, Amazon and BBC services.

“Details of the first additional selections covering the period until the end of November are announced today. December and January selections will follow in due course alongside our usual UK live matches.

“There is a full schedule of Premier League matches over the festive period and clubs are committed to an accessible solution for fans.

“These plans have been made with the cooperation of our broadcast partners, working with us to deliver these additional matches while stadiums are missing the supporters who are such an integral part of the game.

“The agreement will be reviewed in the new year following consultation with clubs, broadcast partners and in line with any decisions made by Government regarding the return of spectators to stadiums.

“The Premier League and our clubs remain committed to the safe return of fans as soon as possible.”

The Premier League’s u-turn marks an impressive victory for fan power. The Football Supporters’ Association and other supporter-led organisations, including the AST, were very vocal about the £14.95 price point levied on fans to watch their side.

Many boycotted matches in favour of watching illegal streams and gave the fee to local charities instead. It’s estimated approximately £500,000 was raised up and down the land with Arsenal fans generously donating around £40,000 to the Islington Food Bank.

Gooners who did pay full whack to watch the Gunners in action against Leicester and Aston Villa were treated to two horrible Sunday night defeats.

We’ll be hoping to avoid a third such disaster at 7.15pm on Sunday 29 November when Wolves come to town; the match will now be broadcast by Sky Sports.

As with Dominic Cummings, I say good riddance

Complete shit head that man is

He is but following today’s developments I decided to what that Channel 4 Brexit movie. The one where Benedict Cumberbatch plays Cummings. Based on that it appears Cummings got it absolutely right while the opposition were left with their pants down. It’s a different world now.

It’s all about opinions but in my view he talks a lot of sense about the power of the civil service and its lack of basic competence. But he should have fallen on his sword after breaking curfew.

Rory Kinear’s character is right when he talks about Cummings having unleashed something not possible to control. The country the UK has turned into, much thanks to Cummings, is not one I could live in anymore. I lived there for 20 years but after the referendum it was time to go.

He may have a point but to me he comes off as somebody who thinks he knows how to do everything better than everybody else does, when he doesn’t actually know anything about it.

The public sector would be in better shape if it wasn’t so underfunded.

There are few things more dangerous than a weirdo outsider with a chip on his/her shoulder.

It probably had to happen given the almost universal negative feedback the scheme received. Good news for Gooners as we don’t have to pay a small fortune to watch the dross that’s being served up by the team at present. Let’s hope that changes soon anyway.

Good. Now take matches in the US off of Peacock.

Now if only NBC here in states would follow suit with their ridiculous paywall behind another paywall and get the games off of this Peacock live streaming.

I should think so too. Greedy fat cat cunts.

An absolute disgrace to ask fans to continually cough up more. I can afford it, but many can’t.

The game doesn’t revolve exclusively around profit margins – and it’s about time that s few individuals, who like to think they run the game, took that on board.

Aaaaahhhh Bollox…….. I was hoping I couldn’t afford to watch Arsenal

Aaaaaahhh Bollox………. I was hoping I couldn’t afford to watch the Arsenal

I really hope this means the end of Sunday evening kick offs.

Hi guy you need never miss a match again (mind you with the rubbish we are watching maybe we want to) there is a brilliant stream you can watch all an everything in hd. Got to be a bit cryptic but clues are smaller than a river plural and staple date of Mr M (and me btw as im half irish)