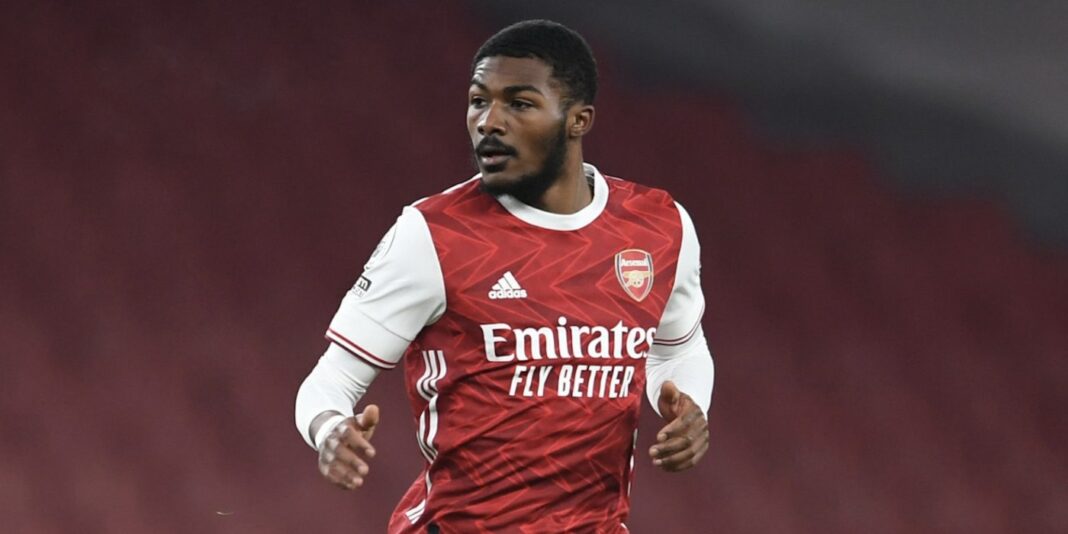 Ainsley Maitland-Niles has joined West Brom on loan until the end of the season.

The 22-year-old has fallen out of favour this season, despite playing a key role in our FA Cup success back in August.

The move away from a wing-back system has played a part, and his most recent display, when deployed at left-back against Crystal Palace, was unconvincing.

His future has been shrouded in doubt for some time, with Wolves making a bid to bring him to Molineux during the summer, but Arsenal considered the bid of less than £15m unacceptable at the time.

Ainsley has made 21 of his 121 Arsenal appearances this season, providing two assists during this campaign, but having recently made the full England squad he’s been anxious for playing time ahead of the European Championships this summer.

He’ll now get that under Sam Allardyce [sorry for the disturbing image – please don’t draw this @cantdrawarsenal] – as he tries to help West Brom avoid relegation. It’s understood there is no purchase option, so he will return to the Emirates at the end of the season.

Speaking about the move, technical director Edu said: “We wish Ainsley the best of luck for his time with West Bromwich Albion. He deserves the opportunity to play consistently, which is what he needs for his club and international career ambitions and we fully support him with that.”

Best of luck to him at The Hawthorns – and if they need a cold-as-ice penalty taker, they should look no further than the Arsenal man.

Good luck! Poor lad has to play under Fat Sam. Anyway, looking forward to seeing him back in good shape very soon

Think this might actually be a good thing for him. When the walrus has one quality it’s to make players defensively stronger. Ains could do with a bit of that. Strange that Nelson seems to stay when he has imo the longest way into the starting 11 out of him, Ains and Joe, especially now where we’ve brought another player in who can play on the right wing as well. So Saka, Pepe, Willian, Martinelli and Odegaard are probably in front of him in the pecking order. If 1 or 2 central midfielders are missing, I could see a need… Read more »

Whisper it but West Brom have had a pretty decent window. Five loans. Might not save them but they are trying.

Four loans is the maximum allowed in the Premier League so one of those has to be a permanent signing! Robert Snodgrass I think was a permanent.

yup. i pity his eyes and ears, for they will suffer this season. i hope this trains him to be a tough warrior when he returns, just like back in the days when people used to train mental strength by having them watchin naked grandmas running down the road while screaming.

Good luck AMN! Hope you get some time at CM and kick butt, especially vs. Sp*rs

Yes, it will be nice to see him get some games in CM. This is his chance to impress.

Agent Ainsley. Your mission should you choose to accept it to ensure Fat Sam gets relegated

Sam is never relegated. His teams are.

I wish him all the best, and hope that he can come back stronger

Hope this doesn’t cost us. With his versatility, we could miss him if we have a few injuries or a few players needing to quarantine.

No idea on the rules but I wonder if there’s an option to recall in case of emergency….

It sure is a priority in his development taking prio to our own worst case scenarios. Personally I support this, assuming there has been a very genuine interest from Samo to take him over

So we’re not getting a left back after all.. Hope all three of Hec, KT, and Cedric can stay fit.

And Saka. And Martinelli, who covered Cedric pretty nicely again MU though Arteta didn’t like him playing in the left back area too much. And I hope he will never try there again either. Forward Arsenal!

I think xhaka, Gabriel and mari can fill in at LB

I think if an emergency situation really calls for it, Gabriel Megalhes can do a decent job there . ATM though, it looks to me like we are going to go with Bellerin/Cedric/Chambers as RB options and Tierney/Cedric as LB options for the remaining part of the season.

If you play all three in that position at once, then yeah.

Good for Ainsley. Hope he find out grass is not greener out of the club and come back with a better perspective. He has a lot of talent and has been a fan favorite, but he is just missing a little drive to be the best. Hope he learns something away from the club. Looking forward to a new AMN next season.

Andy Robertson, Harry Maguire, Gio Winaldum were some of the players who have managed to shine even though they were playing for relegation strugglers and I hope he can do the same.

Are we getting a loan fee? Not heard anything about a fee for AMN or Wilock. We often pay loan fees, so hope we are getting something.

We getting fees, as some team pulled from deal as asking fee was too much

Wish you all the best AMN, become MoM week in week out at west brom, cement a national callup and returning to us as a no brain starter, we all want you to

I hate big same after comparing us to WBA as religation contenders. Also all the crap he said about Wenger. I was hoping they go down, but now with AMN joining them things get complicated.

Nothing wrong with wanting Ainsley to do well, while fat Sam gets relegated

He can still be excellent and they still be relegated. AMN can’t save fat Sam from himself. I just hope he actually plays him.

All the best, AMN! Claim your place in the league and come back to give a selection headache for our manager!

Amazing job by the club to do so much business this window. It’s high time we operate smartly and get a bit of luck in the transfer market. Hopefully, this is a start towards making a lean and mean squad for the future.

AMN’s problem has been that he’s seen as a jack of all trades. Hopefully this move will give him the chance to settle in a fixed position

Hopefully goes well for him. Talented kid but is missing something that ESR and Saka have. Same goes for Nelson who should have been pulling up trees for a loan unless Arteta is expecting to use him more.

Just make sure this boy comes back again! He looked so useful as atticking midfielder in the Europa league – hope we see more of that next season.

Should have extended his contract first.

well if one good thing can come out of it is that he can learn some bastardry from Fat Sam. might also add some aggression and defend-at-all-cost to his game. just dont learn the wrong things. we wouldnt want you to end up in jail, my friend.

Wish he had gone to Leicester. He would have returned a much better player. Now he is going to return scarred, not relegation scarred but Allardyce scarred.

Are you disrespecting the pedigree of Big Sam firstly as a man, a man manager, a success amongst other billions of men . If you think about it, You really can’t disrespect a man

No one is mentioning the rumours that AMN demanded to be played in midfield and that’s why he chose west brom. If so can’t begrudge him for it one bit.

Does the loan include an option to make it permanent ?

I believe that, under human rights legislation, any sentence must include both a fixed maximum length and a chance of parole.

He is so versatile and useful. It’s a miss. We should have kept him happy and give him minutes. Instead of Kolasinac and at some occasions Willian.

Coolest player alive. I wish him luck and I hope he comes back strong for us next year!