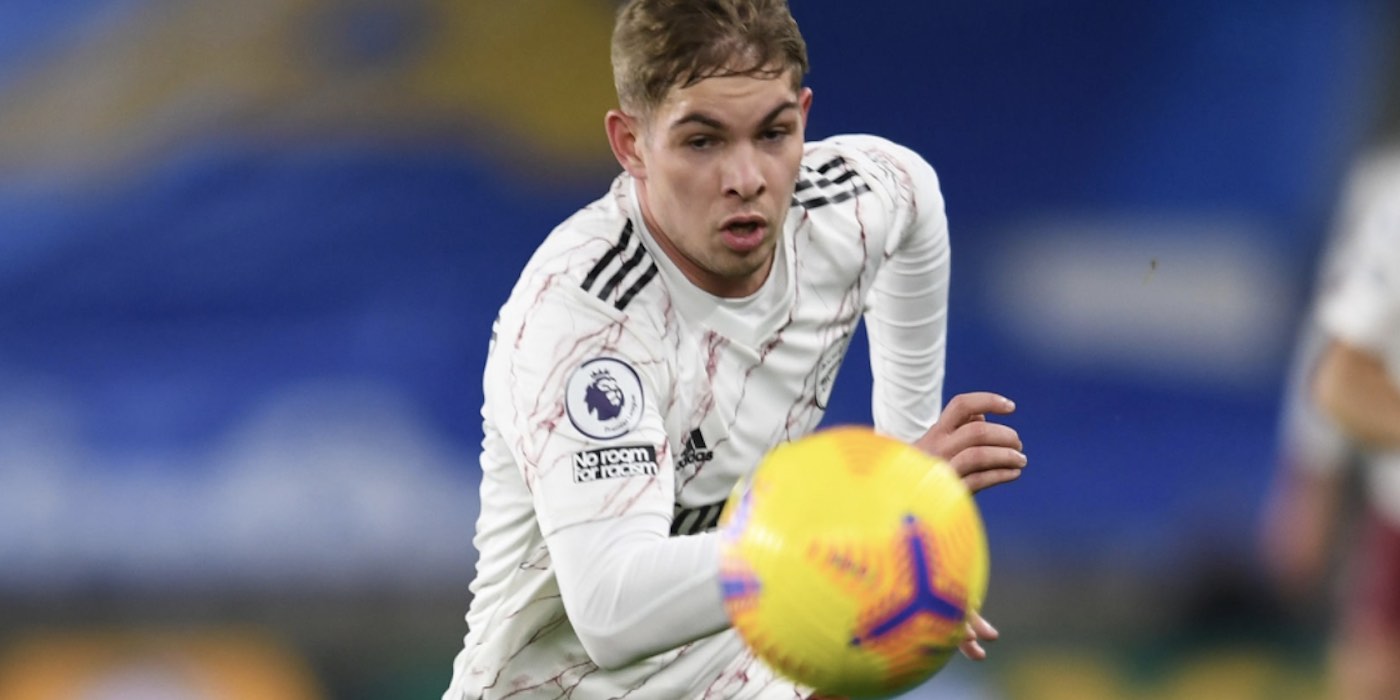 Mikel Arteta doesn’t think the muscular problem that Emile Smith Rowe picked up in Sunday’s win against Leicester is too serious.

The midfielder went down a couple of minutes before half time and was replaced by Martin Odegaard.

There had been concerns prior to the fixture that the England under-20 international was being overplayed having featured in 15 of the Gunners last 16 games since Boxing Day.

Thankfully, it sounds like he’s not done too much damage although he’ll likely miss Saturday’s trip to Burnley.

“Emile had a scan yesterday,” Arteta revealed on Wednesday. “It doesn’t look a significant injury but he was in discomfort. For the rest, hopefully everybody should be okay.”

The news also boosts Smith Rowe’s chances of an England promotion. In an interview with talkSPORT yesterday, Gareth Southgate spoke in glowing terms about the 20-year-old and fellow Gunner Bukayo Saka.

While a call-up to the senior squad might be out of reach, a debut for Aidy Bothroyd’s under-21s in the upcoming Interlull isn’t out of the question.

Asked about Southgate labelling the pair a “breath of fresh air”, Arteta said: “Obviously we know the [England] staff and we know how they are looking at them.

“We are extremely happy and proud that they can be used with England because that means we can provide some talent that has come through our academy and I think there is nothing better for us than that.”

Glad the injury is not too serious. I’d love to see him in an England shirt. But not right now. Too many fixtures piling up. Let the guy put his feet up for a bit.

Totally agree. No reason to rush him. Think that we have enough without him for Burnley and the first leg against Olympiakos. Maybe he comes back for the derby if he is healthy.

Agree. He needs to be eased into the England team. Maybe few u23 games. We should not put too much pressure on the youngsters.

I’m not so certain, England has abundance of players with a claim to the no 10 shirt and a few of them look world beaters.

midfield wise I think england will have the squad spain had a few years back.
solid/aging forward

Arteta should try as much as possible to protect these young dudes, not just Smith but also Bukayo. Let’s not repeat the mistake of Arsene Wenger on Jack wilshere.

Yes. With the benefit of hindsight, I think if anything Wenger persisted too long with Wilshere in the end as, unfortunately, his subsequent injury record has proved. MA needs to be careful with our new crop of youngsters of course, but also with the likes of Tierney (still young, but not quite that young) who appears only now to be settling back in after a bad run of injuries.

Fuck the Sun though

We’re slowly returning to the worries of our stars heading off on Intl duty.
I’m never happy!

Hopefully it will be the speedy recovery suggested. We could have done with him for Burnley but better safe than sorry at his age.

Great news..those two kids have brought me so much joy and restored my faith tha in the club ,also good for England but …
Arsenal first!!!

Hopefully ESR and Saka will both have ‘a little niggle’ on the eve of the international break that will have totally cleared up just as players are returning to their clubs.

Is it just me or have there been no new articles appearing on arseblog.news since March 2? Only found these via the arseblognews twitter