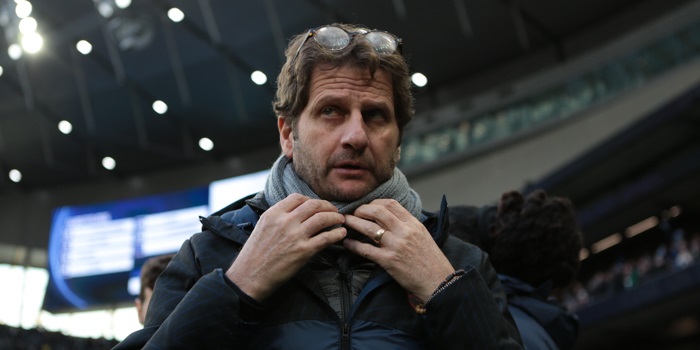 When Arsenal lost to Manchester United in the WSL back in November, they completed just 72% of their passes as United’s high press strangled them into submission. Ahead of Friday evening’s crunch game against United at Boreham Wood, Joe Montemurro told Arseblog News that better dealing with United’s high press was a key facet of Arsenal’s preparation.

“It’s part of it, yes,” Montemurro told Arseblog News. “You’re right to point to our pass completion, it was just one of those days where we were unable to even get out of the first block or the first line of pressure which was disappointing. We’ve had a look at it again and we’ve worked a lot on the way they press where they go player on player so we can solve the problem a bit better this time. It’s a key factor in the way that United set themselves up and we definitely have to be prepared for that.”

Arsenal trail Manchester United by six points in 3rd spot- the final Champions League qualification spot. However, they have a game in hand on Casey Stoney’s side and a vastly superior goal difference. Montemurro says his side weren’t caught by surprise by United’s approach in November but just didn’t execute on the day.

“We had the exit plans (to get away from the press) and we had prepared solutions for it to be honest and it was a little bit to do with execution. Sometimes emotion and situations take over and doesn’t allow you to roll on and sometimes it gets the better of you. We’ve got solutions, we’ve practiced them and now it’s a matter of executing them on the day.”

Last weekend, Arsenal’s first two goals against Birmingham came from quite direct play, with Leah Williamson starting those moves with a long diagonal pass. It’s a pass we have seen from Leah plenty of times before and I asked Joe whether being more direct on occasion might offer a solution to playing through the press and exploiting United’s high defensive line.

“I’ve always endorsed exploiting the space in behind quickly, especially against teams with a high line, we have very potent players in the final third who can execute if you play them into space. Our main idea is to drag teams out and find spaces in a more constructed way. But if there is the opportunity to find a diagonal pass from defence it’s something we encourage- but it needs to be a long pass not just a long ball.”

Then they will be the first Arsenal team in history to be prepared for a high press.