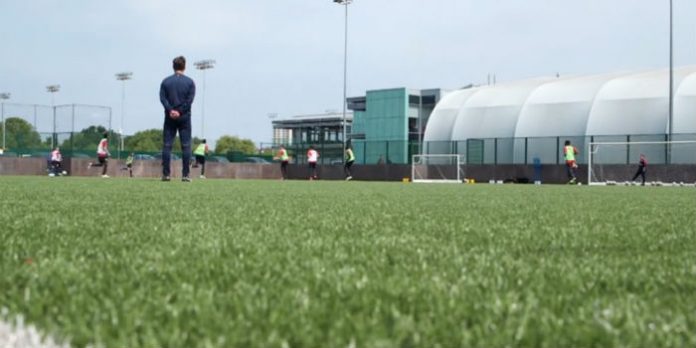 Arsenal are set to appoint a new head of academy goalkeeping and a new academy head of sports science and medicine.

According to Echosport, Terry Mason – no relation of Perry – has been hired to work with the club’s next generation of glove butlers.

Mason has been working with Southend United for 15 years, predominantly at academy-level but most recently as their first team keeper coach, and also has five years experience working with England’s under-18s. He’s no stranger to the Gunners, his Twitter bio references a Talent ID role he has with us.

Strudwick moves to London with a wealth of experience having been a Manchester United first team coach for seven years under Sir Alex Ferguson. He went on to work with the Red Devils’ youth team under Louis Van Gaal.

In recent years he’s combined his role as head of performance for the Wales national team with his responsibilities at Hillsborough. We’re assuming his connection with Gunners first team coach Albert Stuivenberg, who is also Wales’ assistant manager, has played a part in his move.

Under Per Mertesacker’s stewardship, there are expected to be further changes at the academy this summer. Arsenal are already on the lookout for a new under-23s head coach after parting ways with Steve Bould.

It still blows my mind that we have access to information like this. Back in the 90’s I had to wait for my parents morning paper to arrive so I could read last nights match result as I wasn’t always allowed to stay up and listen to the game on the radio. Now I know who is being appointed to the academy’s head of sports science and medicine position. I also have full access to Arsenal’s bank statements. And to think, I used to drive my parents mad by ringing a premium number that alleged to have Arsenal transfer news… Read more »

We all did that one. I remember ringing daily in the run up to Anfield 89 to hear who was fit/unfit. The bill was horrendous.

Why didn’t you go on Teletext/Ceefax (good old page 302) to read the match report?

If memory serves we didn’t have a tv that had Ceefax. I think that came when I was in my teens. I don’t remember our first tv even having a remote. And of course you were always having to be wary of being eaten by a T rex.

Not funny ✅
Wrong about football ✅
Interesting ✅

Thanks man! If you switch the word “football” with any subject I studied at school, this would have been my report card.

Nice words though. Thanks friend 😊

Any one else worried about Stuivenberg spending time with the current Welsh manager? For a whole host of reasons I hope social distancing is rigorously enforced in that set up. If he’s looking for a part time job could he not take up a paper round or help out in the local charity shop instead?

By the down votes it appears no one else is worried.

And let’s hope Mason is a good pick, as we seem to have several young talented goalkeepers coming through academy ranks right now.

Does Jeorge have some insight about Okonkwo and Hein’s options for next season by the way?

Is it just me that thinks we should be looking at nicking people from the Reading academy? Their youth players are always really good, especially in comparison to their status as a club.

I have a nagging feeling Edu is on the way out of the club.
No evidence to back up my feelings; just a hunch.

“Glove butlers”! That brings back memories. Whatever happened to the Arsenal Gent?! Any chance of his making a return to Arseblog?

I was thinking recently I missed the Gent’s articles. Hopefully he has a reappearance soon.