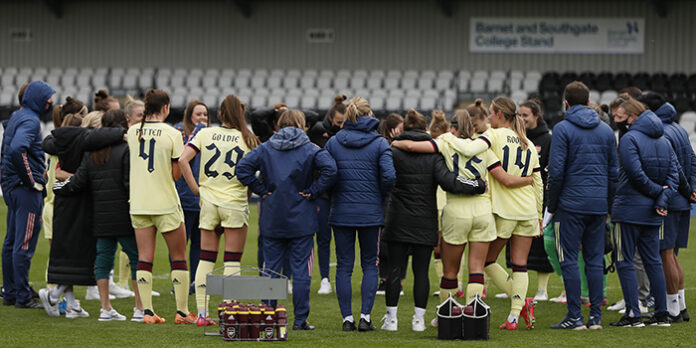 Arsenal Women open their 2021-22 WSL campaign at home to champions Chelsea on the weekend of 4th / 5th September. My understanding is that this match could well be played at Emirates Stadium. The start to the campaign is more punishing still as the second home game of the season will be against Manchester City.

It represents a baptism of fire for new coach Jonas Eidevall and it’s less than ideal considering the number of players the Gunners have at the Olympics (though Chelsea and City have this issue too), as well as a brutal August schedule of Champions League qualifiers that see them take on Okzhetpez in Moscow on August 18th and if they win that game, they will play the winner of PSV Eindhoven and CSKA Moscow for the right to play a two-legged qualifier that will take place either side of the Chelsea match.

My understanding is that Arsenal will look to play a few games at the Emirates next season, with the North London Derby also a big target. Arsenal also play Spurs in the FA Cup quarter-final on 29th September on what represents a free midweek for the men’s team.

To put a positive spin on the draw – we have played more games than ManC/Chelsea before we play them in league, so we should be more match fit. And our annual injury crisis usually starts at the end of Oct.

Yes, also we will be more of an unknown quantity. City and Chelsea knew broadly how we would set up against them, this time they will have far less of an idea.

I’m excited! Gonna renew my membership asap. Dusting off some EasyJet voucher. I’ll be back in London in no time. Never seen a match at the Emirates, should be really fun.

Also, would love to be at that away section at Tottenham this time.

The probability to start a season against Chelsea and City is like 0. What the hell? So we have to start strong. Up The Arsenal!

yikes, i was a bit scared by that fixture list; go Jonas!!! Let’s hope for that new manager boost, cuz i’d also really like us to qualify for CL

I too am a bit scared by those opening fixtures. The top places in the WSL are very largely determined by the fixtures between Arsenal, City and Chelsea (last season United joined the party, but they now seem in some disarray). I don’t want it to be over all too soon! And I’d I much rather play Chelsea at Meadow Park than the Emirates. Our home performance against them last year was one of our best, victory snatched away by a very unfortunate last-minute deflected og. The Emirates is not a very intimate stadium; we really must get tens of… Read more »