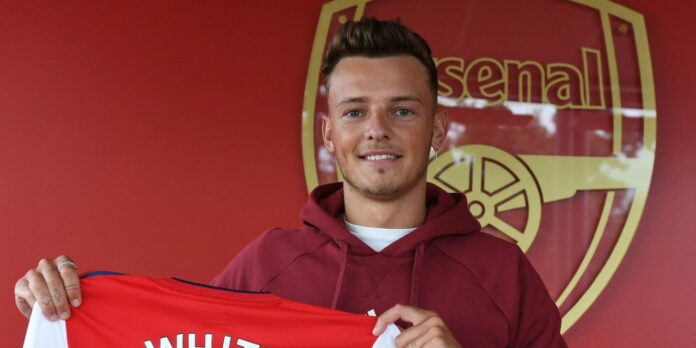 Mikel Arteta says Ben White fits the age and profile of Arsenal’s rebuild project after the defender completed his move from Brighton.

The 23-year-old centre-back is understood to have cost around £50 million – the third-highest outlay in the club’s history – and will immediately compete for a place in Mikel Arteta’s starting lineup.

White, who was part of England’s squad for the European Championships, is the Gunners’ third signing of the transfer window after Albert Sambi Lokonga and Nuno Tavares, both 21, joined from Anderlecht and Benfica respectively. Having also tied down a host of youngsters, it appears the club’s emphasis is on building for the future.

“Ben was a top target for us and it’s great that we’ve completed his signing,” said manager Arteta.

He added: “Ben is an intelligent defender who is very comfortable with the ball at his feet and his style fits perfectly with us. And of course, he is still young, so his age and profile fits with what we are building here. We are all looking forward to Ben being central to our future long-term plans.”

Arsenal had the top flight’s third-best defence last season but there’s still huge room for improvement. The recruitment of White suggests we’re not going to be resting on our laurels in that department.

Interestingly, he becomes the third member of the current squad to hold the number 4 shirt after William Saliba and Mo Elneny. He also follows in the illustrious footsteps of Cesc Fabregas and Patrick Vieira; two of the club’s most illustrious players of the modern era.

Well that’s come out of the blue!

White out of the blue!

Wondered if they’d give him Saliba’s squad number. Guess that’s done, then, but really hoping White builds to be a powerhouse for years to come.

I despise Brighton after what they did to us, and Leno especially, in the shit game the previous season. If this guy is the decent player they say he is then I’m glad we rescued him from that shit team.

Me from Here
Reply to  Twatsloch

Maupay is Maupay but Brighton is a good team to watch. What they did to us that gave Martinez FA cup win and exposure making Arsenal sell him for around 20m. Selling Martinez divided opinion, but we could have probably sold him lower anyway.

Twatsloch
Reply to  Me from Here

There is the Martinez angle. Fair enough. But I disagree they are a good team. From what I’ve seen they’re not much better than Burnely. Or dare I say it… Stoke!

Me from Here
Reply to  Twatsloch

Please watch their games before commenting on them. They have higher average possession than more than half of EPL teams. Comparing them to Stoke or Burnley is an insult to the game that we all love. They cannot score but they play proper football. If I were them, I will invest the money from this deal on a striker that can score.

Twatsloch
Reply to  Me from Here

I’ve watched them against us enough times and they foul their way all the way through. I see nothing in them to like or respect.

who doesn’t foul Arsenal into oblivion

Like I said, I’ve watched them plenty against us and it truly is enough for me.

The only thing I’d like to see from them is us, or anyone for that matter, turning them over good and proper. Added bonus if Maupay gets his leg in a cast for six months. Even better if someone shuts his pie hole for the duration.

potentially offensive username aside,
disgusting wishing harm on others (let alone a leg break, are you stoke in disguise?).

The name is one of Blogs creation so banning me for its “offensiveness” would be hilarious.

Poor Maupay who only willfully injured our keeper. How awful to wish ill on him. How could I?

Look, I am trying to be mature and not name drag a fellow Arsenal fan. we all have different opinions. but I won’t sit here and have us as a fan base devolve into the orcs of Stoke. maupey is a nothing player, a bit of a ‘slotch if you will, but wishing people career ending injuries is something I won’t stand as a football fan let alone a fan of arsenal, of whom we hold a higher standard of ourselves. by all means trash the man, but when you make those comments you step off the respectable train at… Read more »

You’re entitled to your opinion but claiming to be mature when talking about banning people for saying something you don’t agree with is incredibly immature.

Where did I say anything about ending his career? I said six months in a cast. But should his career end, then so what? The bloke is a cunt who thinks nothing of doing it to others. I howled with laughter when Rob Holding fucked up Arnautovic as well. People like that are fair game. Live by the sword, die by the sword.

A Different George
Reply to  Me from Here

Like Bournmouth in the past, their style and tactics were very much like a top club but with less quality. I guess scoring goals is pretty hard.

Ty is that you?

He will wear No 4.
Waiting for the Twitter army to go crazy about Saliba’s number.

Not sure about that “compete for a place in the lineup” line. For £50m I’d hope he’d be a first name on the team sheet type

Or as deep lying midfielder that can drop into a back 3 as fullbacks push forward, similar to Man City

Me from Here
Reply to  GoonerMike

I have to agree with you on this. He doesn’t even have Lego hair or at least pretend.
Ben White out……………. to have the best season of any EPL defender

That Shawn Michaels earing, the diamond finger ring, and those finger tattoos. What would George Graham and Tony Adams say.

here in lies the problem…

Good business by us. That’s the going rate for prime English defenders- considering Mguire went for 80 odd! Seems to tick a lot of boxes and has scope to improve. Now for that Warm Body in midfield and I reckon we’re looking at a 8/10 window.

Jeremy DG
Reply to  The Only Olivier is Giroud

Sell Xhaka, Bellerin, Nketia, Maitland Niles, Lacazette, Nelson, loan out some youngsters, offload Willian and Kolasinac. Buy a striker, a number 10, a number 8 a right back and a goalkeeper (all good enough to start). Plenty to do with only a few weeks remaining before we can consider this window a success…but a step in the right direction nonetheless. Welcome mr white.

Quite right, but I wish we seemed closer to selling some of those players you mention. For example, the Xhaka “deal” could have fallen through according to Sky today and while there’s been plenty of speculation for ages around the likes of Bellerin there’s still nothing concrete so far as I can see. You mention Willian, but I wonder who we might “offload” him to? I guess they would have to match his wages which would narrow the field, wouldn’t it? I think we will sell some but I wouldn’t want to hope for the best in a last minute… Read more »

Welcome Ben white. A lot of people saying he is not worth £50 million, personally I see it differently, most of these players aren’t worth the money they go for, but teams pay anyway because they want the player. For once we identified a player, tried to negotiate a slightly lower fee but Brighton wouldn’t budge, we paid what they wanted and we got the player. Isn’t that how we lost out on Ronaldo because we didn’t want to pay a little extra? Welcome Mr White

To be fair, we also did same to secure Partey as Atl Madrid refused to budge on his release clause.

Yes, it certainly seems more sensible to me. To think that we paid not that much less for Mustafi all those years ago – and eventually had to pay him to leave. Different times, different approach.

What project? Not developing talent you have? We had saliba. Mikel and edu out.