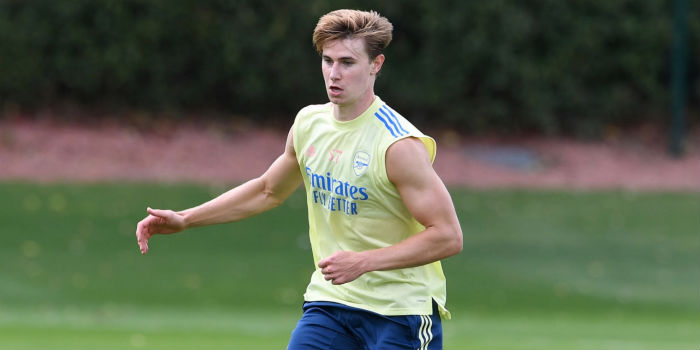 Coventry City have signed Ben Sheaf on a permanent basis after the 23-year-old midfielder impressed during a year-long loan spell.

Sheaf joined Arsenal as a scholar seven years ago and progressed through the ranks before making two appearances for the senior team in 2017.

Following his initial breakthrough under Arsene Wenger, he embarked on loan spells with Stevenage and Doncaster Rovers before getting regular game time with the Sky Blues last season.

Earlier in the day, the Gunners confirmed that Daniel Oyegoke had also left the club. The 18-year-old rejected the club’s offer of a professional contract and has signed for newly-promoted Brentford.

Best of luck to both lads in their new surroundings.

We may have gotten something as it was reported as ‘undisclosed fee’. Hopefully at least a decent sell-on clause just in case he goes on to be the next Ben White.

That is one more signing than Arsenal have made.
And just six weeks to go until we play Brentford…

As of today, our starting 11 for that Brentford match is looking like Leno, Bellerin, Holding, Mari, Tierney, Partey, Elneny, Pepe, Smith-Rowe, Martinelli, Aubameyang.

Gabriel and Saliba at the Olympics, Saka and Xhaka likely not going to be fully fit for day one after their summer break.

That should really be good enough to beat Brentford. Please don’t include Willian there though. Surely we can do the old Football Manager trick of getting him to train with the U23 team with intense goalkeeper training and fine him a fortnight’s pay every week. Then we can wait for the line ‘Willian feels you are trying to force him out of the club’.

Chambers for Bellerin we are talking Arteta here