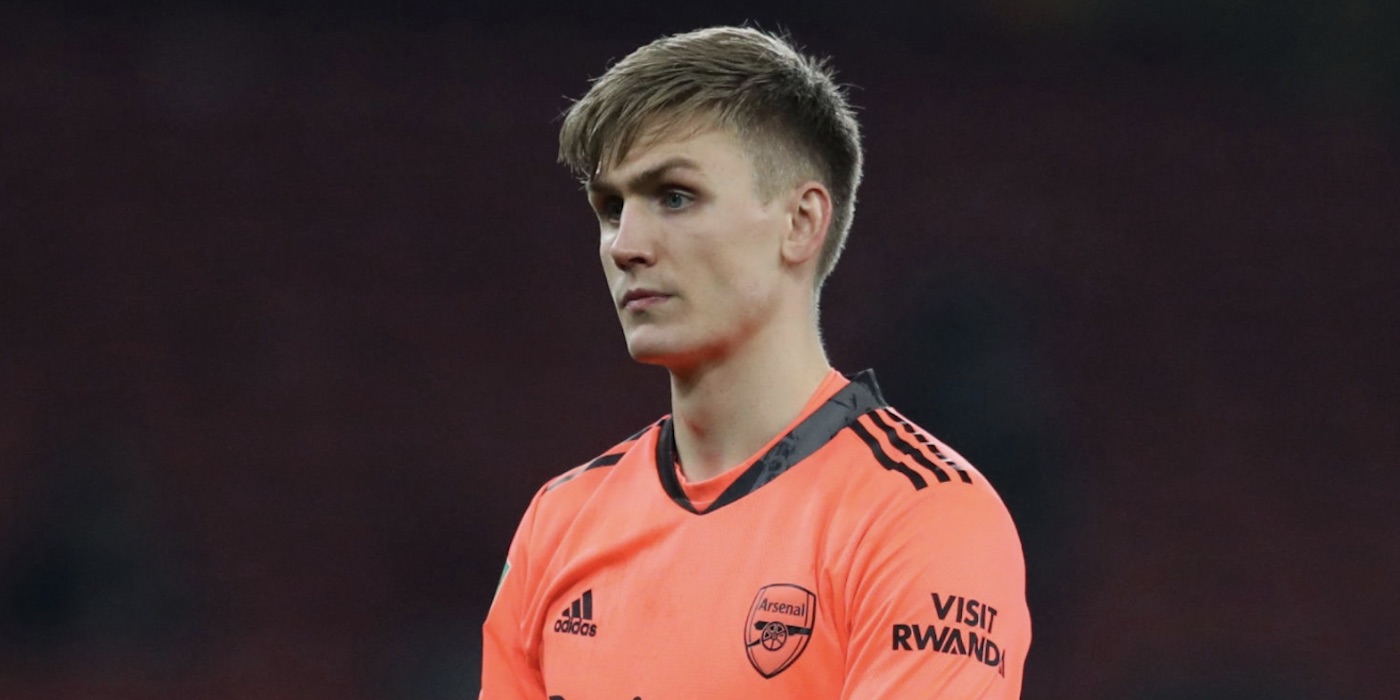 It’s been confirmed that Alex Runarsson has joined Belgian side OH Leuven for the season.

The Iceland international signed for the Gunners 11 months ago from Dijon in the aftermath of Emi Martinez’s departure for Aston Villa and made six appearances as a backup to Bernd Leno.

Not exactly the safest pair of hands, the 26-year-old fell down the keeper pecking order in January when Mikel Arteta brought in the more experienced Mat Ryan from Brighton on loan.

While the Aussie departed at the end of the season, the window of opportunity remained closed for Runarsson with the Gunners spending big on Aaron Ramsdale.

A move might have happened earlier in the summer but a deal with Turkish side Altay Spor collapsed late in the day and he then went down with Covid. Now that he’s better, we’re pleased he’s sorted himself a new club.

“I haven’t been between the posts very often lately, so I was mainly looking for a club where I can count on some more playing opportunities,” Runarsson told the OH Leuven website.

“As a child I lived in Belgium for seven years. I know what to expect from the country, the football and the people. It’s just a matter of waiting to meet the players and the technical staff, because I’m currently in Iceland to play three matches with the national team.”

Best of luck in Belgium, Alex.

Good luck. Hope they like you enough to buy you permanently.

To be fair, I bet he does as well!

We are struggling to sell players, so many going loan and running down contract. Maitland Bellerin guendozi nelson runnason torriera and more that I can’t remember. We can’t raise any money through sales.

There’s absolutely no chance he leaves before the end of his contract, and honestly he would be pretty stupid to

I would bet there’s not many players in the whole league on 40k a week.

Alex has done a Runner

Did you know “Arsenal Ox Runs” is an anagram of Alex Runarsson?

Best of luck Runnarsson, have a great time in Leuven, a very nice place. Hopefully you can impress there.

Yeah, have a stella time Alex.

If it were me, I’d really struggle with my game in Belgium. I’d just drink too much beer and get fat.

Well good to see he has found a new, if temporary, home – all the best

Good luck to Alex. I have to ask though, how much could we have possibly asked for OH Leuven (had to check how to spell that) not to simply buy him outright. I presume this is all about wage payment.

Let’s hope he can get a run of games in their team and build his confidence. Whatever others say, there’s probably a decent keeper in there, if circumstances allow him to show it.

Good luck to him. I hope he can have a good season with them and get himself a new permanent club.

‘I haven’t been between the posts very lately often’ said the fifth choice right back.

A belgian relegation side came in for him at last. Good luck, and good riddance.

Unfortunately that is his and Edu’s level. Both fluked their way in Arsenal’s first team due to God’s grace

Hope he saves them from relegation and becomes a legend.

And that they’ll buy him.