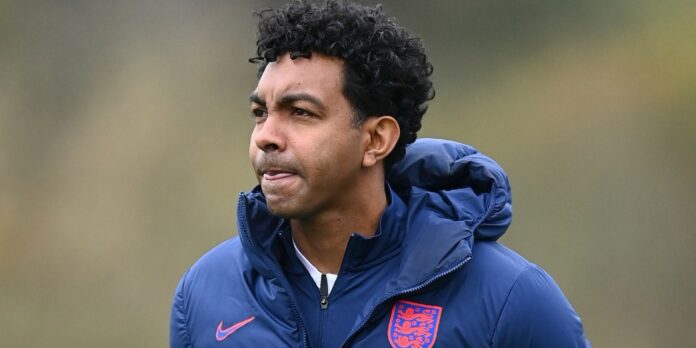 Arsenal have appointed Kevin Betsy as the new coach of the under-23s, according to Training Ground Guru.

The position has been vacant since May when the club took the decision to part ways with Steve Bould.

A UEFA Pro Licence holder, the highly-rated 43-year-old joins the Gunners off the back of a year as England’s under-18s coach. His LinkedIn profile also details spells as coach of the national team’s under-15s, 16s and 17s and nearly seven years coaching youngsters at Fulham.

During an 18-year playing career, Betsy featured for the likes of Woking, Fulham, Barnsley, Oldham and Wycombe Wanderers.

We’re expecting the club to confirm Betsy’s appointment imminently with Ryan Garry, who has been coaching the under-23s on an interim basis, set to be his assistant.

Wonder if there’s a link between him coming and the new Fulham wonderkid we signed?

Kevins-to-betsy!
Sorry, its the best I could do.

I can’t help but feel a little sorry for Ryan Garry with this. He has worked his way up through the age groups with the club and has done particularly well when working with Freddie with the U19s when they won the southern section a couple of years back. I hope that the club gives him a decent pay rise of he is to assist Kevin Betsy with the U23s. Having said all that, if a coach has to be brought in then I’m very glad that it’s Kevin Betsy. In my youth I was a season ticket holder at… Read more »

Thought that was Jermaine Pennant when I first glanced at the photo. Glad it isn’t.

Good luck to him!