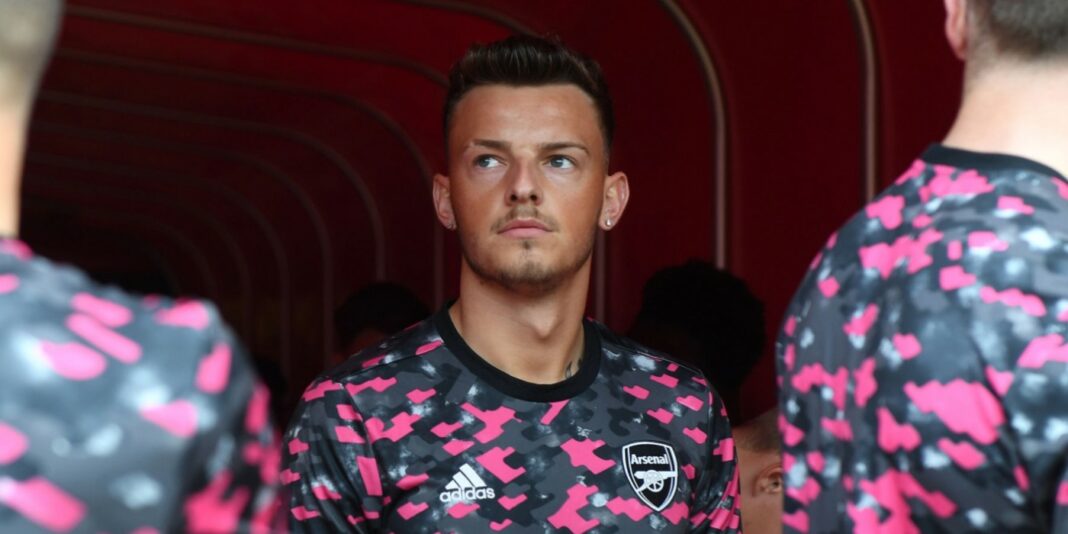 He might be out in the cold on the England front, but Ben White’s start to life at Arsenal continues to impress manager Mikel Arteta.

While critics rounded on the defender for an angsty debut against Brentford, the 23-year-old has looked very tidy in his three subsequent appearances alongside centre-back partner Gabriel and full-backs Takehiro Tomiyasu and Kieran Tierney.

Three wins and two clean sheets certainly bode well ahead of a return to former club Brighton this weekend.

“As well, the willingness to learn, to improve. He realises he’s still very young, in the developmental process and there are things that he can achieve. We’re all really enjoying him together and have to continue like that.”

Asked whether White and Gabriel are firmly ensconced as his preferred centre-back partnership, Arteta said: “They played really well at the weekend [against Sp*rs], their understanding is getting better.

“The cohesion between the back four is getting better, the more they play they will keep improving. We have different partnerships that can work but certainly, they did well at the weekend.”

While Arsenal completed the double over Brighton last season, the Seagulls have proved tricky opponents in recent seasons and come into the latest showdown just one point off the top of the table.

Understandably, after the high of victory in the north London derby, Arteta wants his players to be on guard.

“They will be a really difficult game,” said the manager. “They’ve been on a really good run, they are playing well and getting the results that they deserve. It’s a really competitive match ahead and we know the importance of it.

Arteta: We have a clear project for Balogun

It was only Norwich, Burnley and sp*rs! Now let’s make it “only Brighton. COYG

Genuinely think we can challenge if we use this mentality. Not for the league, but top 4 definitely. One game at a time is the football cliche but true

Well, it’s only the Premier League after all.

Haha..no chance of top 4 mate..I love and understand the optimism following a great result..and I hope we have a lot more of those this season.. but I think you’re just setting yourself up for disappointment if you’re thinking top 4.. Let’s try and keep our expectations in check..reality is, this young squad, though full of potential, are not (YET) top 4 quality..I see this season as definitely being better than the previous two though. I (personally) think finishing 5th, a good EFL and FA cup run, and most importantly developing into a solid, well drilled, brain-fart-proof group of players… Read more »

Leicester won the league when no one said it was possible, over and over again. I agree that it is unlikely we will be top 4. However, if we have a good run, confidence builds, players play to their full potential, it’s possible that these players can exceed our expectations.

“Hope for the best, expect average…”, is what I always say.

There’s nothing wrong with ambition. If it dosent happen there is no harm done.I think where all just looking for progress at the end of the day.

I like how he says ‘the back 4’ surely that means he has his first team preferred 4 now. Probably even back 5!

And providing an inch perfect assist for Saka to score lol

It’s so refreshing that we can talk sh*t during the week now!!!
It was all so gloomy just a few weeks ago. COYG!!!

Was talking to a mate of mine who supports Brighton (his Dad, funnily enough, was a member of the Met Police Band that used to play on match day at Highbury during the early 70’s) and he was saying that whilst a majority of Brighton fans can see no further than Lewis Dunk – he (my mate) reckons we’ve got ourselves a far better player and he didn’t want White to leave. He’s certainly looking the part now alongside Gabriel. Here’s hoping we’ve finally, finally got ourselves an organised, settled back four in front of a decent keeper. You’ve got… Read more »

I have learned to largely ignore pundits.
They don’t mind drawing conclusions on a player after one game.
Ben White was a waste of money while Lukaku was the final part in Chelsea’s machine, all after one game.
Lukaku has been anonymous in the last two games while White is going from strength to strength.

This is the most balanced squad we have since 2006