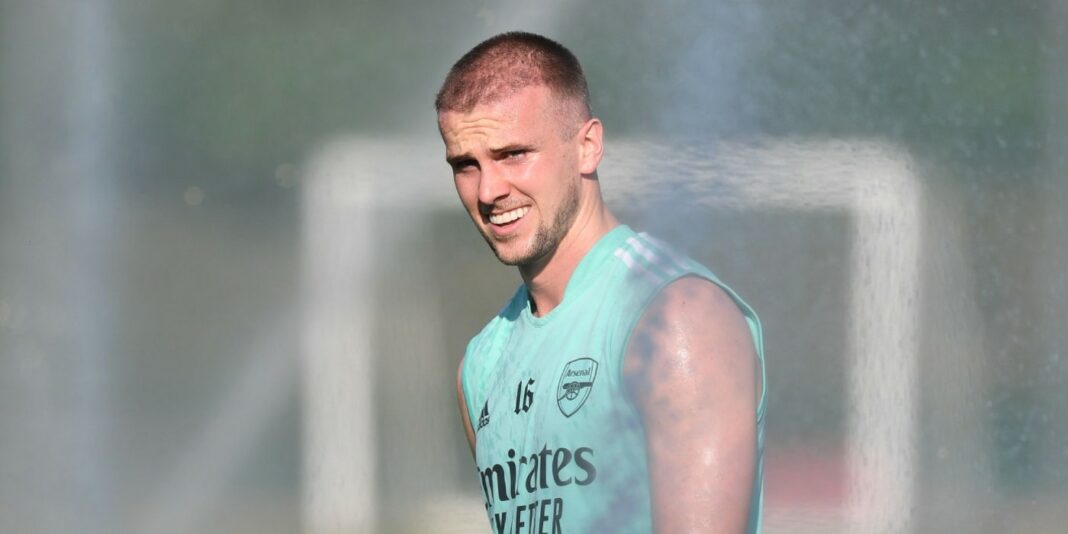 Arsenal have confirmed that Rob Holding and Mo Elneny will miss Saturday’s trip to Burnley while they recover from injuries.

The latest report from the medical team reports that Holding suffered heavy bruising to his right knee in training last week while Elneny strained his hamstring in the Interlull behind-closed-doors friendly with Brentford.

Both were absent from Saturday’s win over Norwich but could be in contention for upcoming matches with AFC Wimbledon and Sp*rs.

While Granit Xhaka has recovered from Covid-19, and returned to training, he remains unavailable until the north London derby while he serves the final two games of his suspension.

I thought Rob Holding might have had a strained follicle.

I heard he had a hairline fracture.

Did he get it against Barnet?

It would appear Holding’s game time is not the only thing that’s receding.

Yup. It’s a close shave but I think he might get the chop.

He’s just not a Grade 1 defender and needs to trim some of the mistakes out of his game.

It’s a tough call. Arteta needs to mullet over.

He needs conditioning. He looks dull and lifeless at times.

And he needs to be louder on the field. More volume. And more product would be nice too.

Think the injury was actually the result of a nasty scissor tackle in training someone combed right through him.

Hopefully he can gel with the new guys

Azeez Is Good
Reply to  HantAl

Well a lot of his old crew got cut.

James
Reply to  Azeez Is Good

Azeez you a legend.. like you should be a comedian. No cap!

SarcasmB0T
Reply to  Azeez Is Good

Playing an injured Holding would have been a bald choice.

It’s pretty clear White and Gabriel are head and shoulders above the rest of our CBs.

Dam, I see Hank scooped me on this already…I’ll see myself out.

A Different George
Reply to  Azeez Is Good

this thread is crazy.. lol..

Azeez Is Good
Reply to  rohit

It’s bobbed along nicely. Thanks for rooting for it.

Toupee 2 million for Holding is still a sharp bit of business. At one stage I thought he was being groomed for captain.

If he does move on, I hope we insert a salon clause.

This is the best one!

I’ve got something he’ll never have……
Headlice

Someone needs to tell him… he who hairs wins.

He certainly stands head and shoulders above many of his teammates

Let’s hope that even without Holding, we can still get Burnley’s scalp.

Yeah, he might think it was funny, but he’d keep it under his hat.

Might it all have to do with him missing Steve Bould?

Hahaha. Thoroughly enjoyed the below, well played all

Trying to read Arseblog through my lunch but mane, you guys are crazy

One downvoter needs a sense of humour transplant…

Oh well. At least he’s not playing for the gum chewing head with the red nose or he’d be getting the hairdryer treatment.

Pity for Rob. Thought he really showed a lot of growth the last two seasons. I’m sure he is dyeing for another opportunity.

Oh this thread is hair-larious! In all honesty though, I think it will be a pretty close shave but Rob’s time at the Arsenal might be cut short. I feel for the guy though, for a while there, he was a breath of fresh hair! In my opinion, he’s a better defender than Mari and Chambers, I hope he can straighten it out, he’s too young to dye! If he can compose himself and not do such a brush job in possession then he would be a great fringe player! I now think this thread is full to the thrim,… Read more »

We seem to be have more players getting injured in training than in games of late.

Azeez Is Good
Reply to  ChickPEA

Finding out we are missing Holding and Elneny is a bit like hearing that Rylan will no longer present Dancing while Baking.

He’s hosting the ITV version instead: Dancing While Baking On Ice

I’m keen to see an unchanged team for Burnley, anyone else?

Agreed but with Partey starting

ESR from the start too?

Maybe Partey from the start, otherwise I’d not change things, maybe take him off after the hour if things are going our way. We’ll be wanting him the next weekend.

There will be a midweek game for AMN and a few others to get a few minutes.

Saka seems to be off his best the last 2-3 games. Maybe he is carrying a knock. ESR has been bright. I would go with Partey coming in for AMN and ESR coming in for Saka. Partey for Sambi would also be okay for me.

Hopefully we’ll play the same XI that won against Norwich.
Expecting a frustrating game against Burnley (as always), but we’ve got the quality to beat them!
COYG

Rich
Reply to  A Voice in the Noise

Hopefully we can get at least 60-70 minutes out of Partey, and there’s a conversation to be had over Smith Rowe’s inclusion

Move Tomiyasu central to deal with the aerial threat of Burnley

Play Tierney a bit deeper, which should give us the luxury of 5 attacking players in the final third

Burnley are there for the taking, we should go straight for the throat

That’s fine with me

Holding probably stayed on in The Tollington after filming!

It’s time we saw partey and sambi in midfield together…

The last line of article hangs like an impending storm cloud of doom over all our heads.

hair implant for Rob , generously donated by Mo…that’s the “injury” 🙂

I can’t wait for the time MA tries out a 4-3-3 system with a back 5 of Rambo/ Tierney/Gabbie/White/Tomi, Partey in front of the defence flanked by ESR and MØ in midfield and a front 3 of Auba/Laca/Saka.

Must have slipped at Tollingtons after a pint

Two of the most biased referees lined up as main ref and fourth official for the game.

This website uses cookies to improve your experience while you navigate through the website. Out of these, the cookies that are categorized as necessary are stored on your browser as they are essential for the working of basic functionalities of the website. We also use third-party cookies that help us analyze and understand how you use this website. These cookies will be stored in your browser only with your consent. You also have the option to opt-out of these cookies. But opting out of some of these cookies may affect your browsing experience.
Necessary Always Enabled
Necessary cookies are absolutely essential for the website to function properly. These cookies ensure basic functionalities and security features of the website, anonymously.
Functional
Functional cookies help to perform certain functionalities like sharing the content of the website on social media platforms, collect feedbacks, and other third-party features.
Performance
Performance cookies are used to understand and analyze the key performance indexes of the website which helps in delivering a better user experience for the visitors.
Analytics
Analytical cookies are used to understand how visitors interact with the website. These cookies help provide information on metrics the number of visitors, bounce rate, traffic source, etc.
Advertisement
Advertisement cookies are used to provide visitors with relevant ads and marketing campaigns. These cookies track visitors across websites and collect information to provide customized ads.
Others
Other uncategorized cookies are those that are being analyzed and have not been classified into a category as yet.
SAVE & ACCEPT
wpDiscuz
69
0
Would love your thoughts, please comment.x
()
x
| Reply