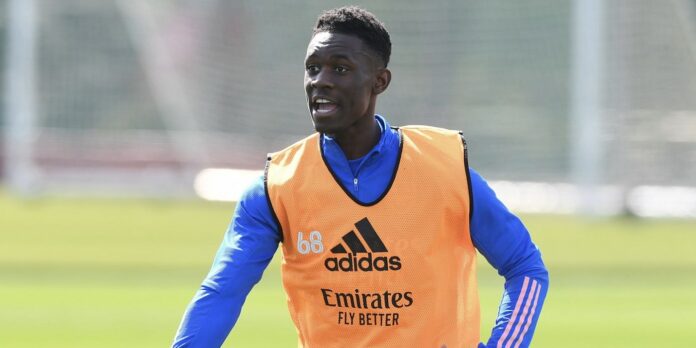 It has been a positive couple of days for the Arsenal youth teams, with the U23s and U18s both securing 3-0 victories.

The U23s took on Brighton at Emirates Stadium, and, although Kevin Betsy’s side didn’t have everything all their own way initially, they eventually managed to take charge of the game, with Folarin Balogun scoring a brace while Salah-Eddine was also on target.

For his first goal Balogun scored the rebound after his penalty was saved and the striker later managed to add to his tally, this time directly from the penalty spot.

Salah-Eddine’s goal was the product of a well-executed team move, with Charlie Patino finding Joel Lopez, who delivered a cross which was met well.

It was an impressive all-round display from Arsenal, with Patino dictating play, while fellow midfielder Tim Akinola demonstrated that he has improved considerably since last season.

The result meant that the U23s temporarily went top of the league, although they have now gone back down to second, with Manchester City overtaking them.

The U18s, meanwhile, won 3-0 away to Norwich City, with prolific striker Khayon Edwards scoring a hat-trick.

Edwards, a second year scholar, should really be playing for the U23s in some capacity but the presence of several older players has meant that he has to bide his time in the younger age group.

Marcelo Flores, another player who deserves chances at a higher level, caught the eye again and provided an assist.

I don’t want to read too much into it, but against Brighton you got vibes of arrogance, big headedness from Balogun. Body language, the way he took his penalties (both were stupidly tame and not placed at all). Even the way he earned the second penalty was a bit showboaty, but hats off for the speed to get right in front of the defender after pulling off a dribble where the ball was nowhere near under control by him.
I hope he doesn’t get carried away and keeps his humility.