THE LOWDOWN
Arsenal play Brighton & Hove Albion in the FA Cup semi-final at Meadow Park on Sunday afternoon, bidding for a place in the final at Wembley on Sunday, 5th December against the winners of Chelsea v Manchester City in the other semi-final. This is the 2020-21 FA Cup competition which was interrupted by the coronavirus pandemic last winter and the final rounds have been squeezed into the first half of this season.

The Women’s FA Cup did away with neutral venues for semi-finals back in 2015 so the Gunners will have home advantage against Hope Powell’s rapidly improving Brighton side. It’s Arsenal first game since October 14th and a 4-0 home win against Hoffenheim that boss Jonas Eidevall described as “the best performance since I am here.”

We need your support on Sunday, Gooners ❤️

Fancy joining us for a @VitalityWFACup semi-final? 🏆

Brighton have consolidated on last season’s 6th placed finish in the WSL and currently sit in 5th place. They also boast a bona fide Arsenal legend in their ranks in Danielle Carter, whose goal at Wembley won the competition for the Gunners against Chelsea in 2016. It remains Arsenal’s most recent FA Cup triumph and Eidevall’s side will be desperate to correct the record.

Arsenal have won the competition 14 times, the next best record is third tier Southampton, with seven wins. However, this is an Arsenal team focused on the future rather than the past and this also represents the earliest available opportunity to win silverware. You may recall that Joe Montemurro hoovered up the first piece of silverware available to him in the shape of the 2018 Conti Cup, which built the foundations for the team to win the title the following season.

TEAM NEWS
Vivianne Miedema will be rested for this tie having also been given time off from Netherlands most recent international fixture, Jonas Eidevall explained the logic behind those decisions to Arseblog News on Friday. Eidevall also told us that the muscle injury that prevented Viki Schnaderbeck from joining up with Austria recently is “not serious” but that she will not be risked on Sunday, even though she is back in full training.

A WORD FROM THE BOSS
We know what to expect from Brighton, they are defensively very organised and they are very sharp on the counter attacks but the only pressure we feel for this game is internal, when I came here I wanted to see if I could help this club to win trophies again and this is the first one available to us. I know the club’s history in this competition and five and a half years is too long without winning this competition. This game is our ticket to the final at Wembley and we want to take it.

LAST TIME OUT
A Jordan Nobbs brace gave Arsenal a 2-0 victory when the sides met in the WSL at Meadow Park in April. Brighton have yet to beat the Gunners since their promotion to the WSL in 2018 but Hope Powell’s side have grown in strength considerably over the last season or so.

THE OPPOSITION
Brighton were promoted to the WSL in 2018 and focused on survival for their first two seasons in the league, which they achieved fairly comfortably on both occasions. Last season, they made a big step forward with a comfortable sixth placed finish which never saw them in any relegation trouble at all. They have beaten Bristol City, Huddersfield and Charlton at home so far in this competition.

The Seagulls have recently opened a brand new, state of the art training facility for their women’s team (which was actually slightly delayed due to the covid pandemic). Hope Powell’s side have now been moved into an £8.5million training facility at the American Express Elite Performance Centre, where the men are based.

"We know the size of the challenge we’re up against… but we will go into the game with no fear." 👊

Brighton previously trained at Sussex University and used a gym at Brighton’s Amex Stadium, which meant travelling back and forth between the two sites. Now consolidated as a WSL team, Brighton are looking to make a crack at the European places, which will be a big ask for them but few teams have invested more shrewdly in their women’s team in the last decade than the Seagulls.

PLAYER TO WATCH
With Vivianne Miedema rested and Caitlin Foord having embarked on a long-haul flight from Australia on Wednesday, there is a chance that Nikita Parris will start this game upfront for Arsenal. Keets is yet to score a WSL goal for the club and has seen her opportunities ever so slightly limited by the form of Beth Mead. 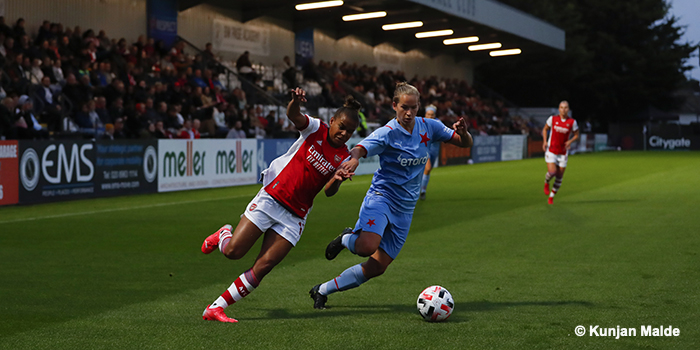 As new signings, Parris and Tobin Heath are still feeling their way into the team, however, this game represents a real chance for Parris’ Arsenal career to catch a flame. Brighton are defensively very sturdy and won’t be easy to break down, as they demonstrated during the close fought game between the teams in April, when Brighton really could have taken a point. Parris’ pace in behind could be the key to prizing them open. 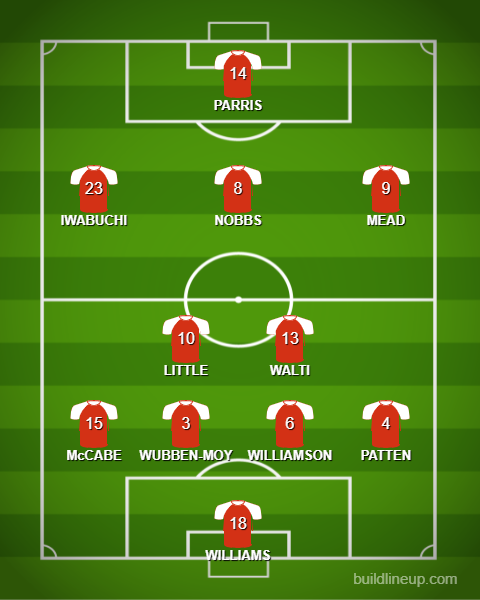 HOW TO CATCH THE GAME
The match takes place at Meadow Park on Sunday at 4.45pm. The game is not included for members, who have to buy tickets for the game. Tickets are priced at £8 adults and £4 concessions and are available here or on the gate. The match will be screened live on BBC Two in the UK.

COMING UP
We will have the usual match reaction from Jonas Eidevall on the site on Sunday evening as well as all the usual build-up and reaction to next weekend’s match against West Ham. We will also have a special Arsenal Women Arsecast coming out ahead of Women’s Football Weekend on 13th and 14th November. If you missed the October mailbag edition of the Arsenal Women Arsecast, it was released on Friday and you can find it here.

It feels like forever that we last watched the women’s team play. Excited for this one!

That’s a strong 11, strange not to see Miedema on the teamsheet though. Good luck Nakita. Time to shine.

Heath is at her brother’s wedding in the US this Saturday night, no? Will she be back in time? Seems to be pushing it.

I think it’s the first time I noticed a 4-2-3-1 formation prediction (rather than a 4-3-3) since I started following this great site. Would it mean even more midfield combination? Really excited for the game!

FA Cup Semi Final, why is this not at the Emirates.