Arseblog News – the Arsenal news site
Home Staff Manager “You have to tell him how good he is” – Arteta talks... 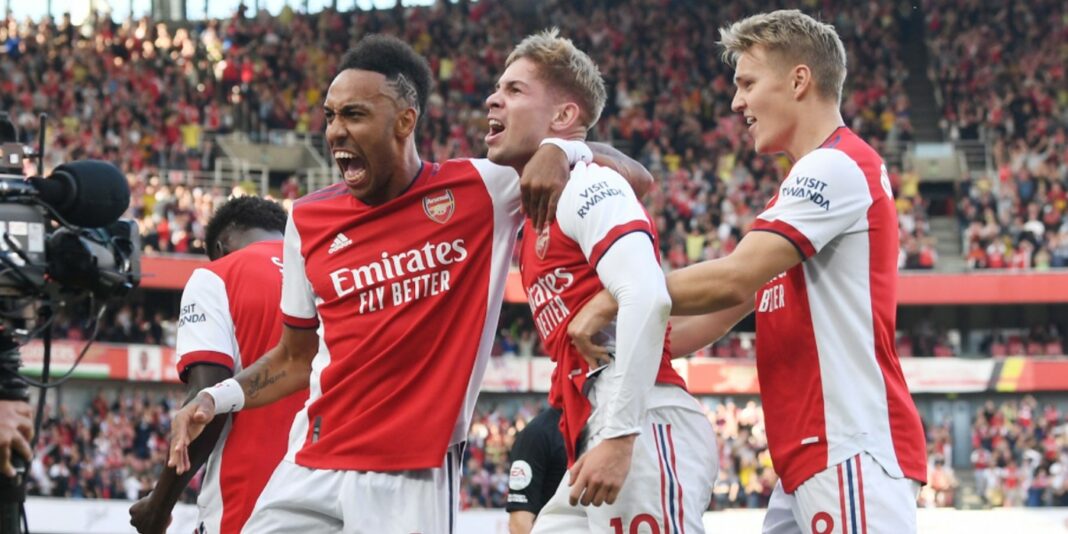 Mikel Arteta has praised Emile Smith Rowe’s hunger as the young midfielder looks to improve his goal tally for Arsenal.

One goal in seven appearances this season indicates the 21-year-old is very much a work in progress although the regularity with which he’s finding himself in dangerous areas inside the box suggests he’s growing in confidence.

During the Interlull, the youngster highlighted the support he’s getting in training from Arsenal’s experienced players and the boss believes he has all the ingredients to start making more match-winning contributions.

“I think the intention, the hunger and the ambition should be there,” he told the media ahead of Monday’s clash with Crystal Palace.

“He’s capable of doing it. We want to ask players [to do] things they can achieve, and I’m sure Emile can improve that part of his game.

“He’s so willing to do it. He’s working on it almost every day and he’s asking the right questions. He’s getting better because he has a real hunger.”

On Smith Rowe staying humble, he added: “To be fair, Emile is naturally like this. If anything, sometimes you have to tell him how good he is. He needs to believe how good he is.

“You have to encourage him to try [things] he’s capable of doing. He’s a joy to work with. It’s still very early in his career but we’re really happy to have him in the team.”

I Love The Smith ❤

Here’s hoping this Charming man has a light that never goes out.

I wish I could give more than one like, but my girlfriend’s a coma, and I know it’s serious.

Such a graceful footballer.

Though currently you are also matching Kane’s goals and assists too. Well done!

He’s one of our talented players in our squad, he good technically, can open any defence by one pass, arsenal KDB, add more goals and assist to your game. Emile Rowe what a player u are, we all love you ESR

Needs a song that tells him how good he is

Love how he tries to make things happen.

His understanding of football is beautiful.

Well you hardly tell him how average he is, do you? Arteta as obvious a speaker as he was a player

The Beast
Reply to  Disarmed Gunner

Is that meant to be an insult?

Sorry, it’s not that obvious

It’s funny that many people on here thought Arteta was holding him back around this time last season, but now he’s pretty much a guaranteed starter, either at LW, 10 or 8. Hopefully he can keep it up from here on in, both him and Saka need to be making regular goal contributions to justify their places in the side.

Good player already with huge potential. Hopefully he get some man strength soon and also some shooting boots. Just a shame he hasn’t got an experienced player in similar mould to learn off.