THE LOWDOWN
Arsenal face HB Køge in Denmark in the third match of their UEFA Champions League group on Wednesday evening. Jonas Eidevall’s side began their campaign with a chastening, if not entirely unexpected, 4-1 defeat in Barcelona but made amends on match day two with a fulminating 4-0 win over Hoffenheim at Meadow Park.

Now they play a double header against Køge with the home match taking place next week. The Danes, the group’s rank outsiders, began their campaign with a 5-0 away defeat at Hoffenheim. However, they were incredibly unfortunate to lose to Barcelona at home on match day two with a rousing display. They missed a host of chances before losing 2-0 to a pair of second half goals.

https://t.co/SLILwv9GtJ With graphics from @miedemastuff I looked at how Arsenal pinned West Ham back by

Arsenal will be aware of how Køge came racing out of the traps against Barcelona, pinning their opponents back with a fearless attacking display and they will have to be ready for something similar on Wednesday. A pair of wins in this double header would put Arsenal in a good place to qualify from the group, especially if Hoffenheim are defeated on both occasions against Barcelona on match days three and four.

With Arsenal Denmark swelling the ranks, 450 tickets have been sold for the away enclosure at the time of writing, the 4,000 capacity Capelli Sport Stadion is likely to well stocked with fans of both teams. The Gunners know they will be in a game against the Danes but their superior quality ought to shine through should they acquit themselves as one would expect.

TEAM NEWS
A late check will be made on Tobin Heath, who has a minor calf injury, before deciding whether she will travel to Denmark. Jen Beattie should be in the squad after missing Sunday’s victory over West Ham through illness. Fran Stenson has been recalled from loan at Brighton but will not form part of the travelling squad as she was not registered in Arsenal’s squad with UEFA. Malin Gut (ACL) is out.

A WORD FROM THE BOSS
Definitely I expect the same approach from them as the Barcelona game, they are a team that prioritises counter attacking, we see they play that way in their own league as well as they did against Barcelona too.

Against Barca they were very compact and they threatened Barcelona on the counter attack so that will be a worry for us and it signals for us that we need to play a strong game tomorrow.

LAST TIME OUT
The two teams have never played one another before.

THE OPPOSITION
Køge are a team based just South of Copenhagen. Last year, they entered into a groundbreaking partnership with US Sports and footwear company Capelli Sports. Capelli Sports also held 40.1% of the shares of German club MSV Duisburg. There are four American players in Køge’s first team squad as a result of this link-up.

Køge qualified for the tournament by winning the Elitedivisionen for the first time in their history under the guidance of coach Peer Lisdorf, who played for Brondby and managed their women’s team from 2010- 2015. Brondby were the previous powerhouse in Danish women’s football, having won 12 league titles and 11 national cups since 2003.

This is their first season competing in European competition and they easily came through their qualifying round in August, beating Sparta Praha home and away and winning 3-0 on aggregate. Køge are a small but progressive club who are proving what a women’s team can achieve with a little investment.

PLAYER TO WATCH
Vivianne Miedema was given some time off in recent weeks, missing Netherlands’ match in Belarus as well as Arsenal’s 3-0 win over Brighton in the FA Cup semi-final. She rejoined training on Friday after some holiday and was a 61st minute substitute in the 4-0 win over West Ham United on Sunday evening.

Having had some time to recharge her batteries, Miedema ought to be raring to go as the Gunners come into an intense period of games, with a Champions League double header against Køge and WSL matches away at Spurs and Manchester United. Eidevall will have chosen to rest her for the recent run of games with this very run of matches in mind. 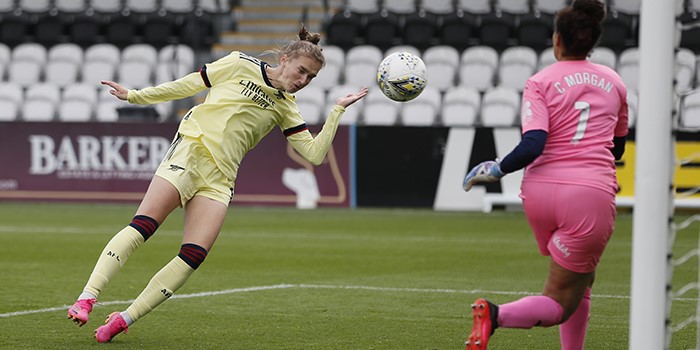 Miedema has only scored once in her last five starts, the form of other players has meant that the impact of that has been non-existent and her performances have been decent in any case. But I would expect Viv to pick up a scoring run now, particularly with the FA Cup Final and the home match with Barcelona on the horizon in early December. 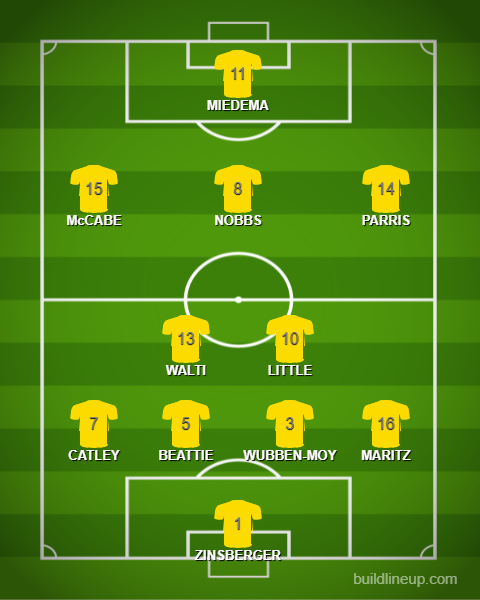 HOW TO CATCH THE GAME
The match takes place at the Capelli Sports Stadion in Køge and kicks off at 5.45pm UK time (6.45pm local time). The game will be screened live on DAZN’s YouTube channel free of charge.

COMING UP
We will have match reaction from Jonas Eidevall on the site on Wednesday evening, as well as the usual reaction video from Denmark on Arseblog News. On Thursday, we have a new episode of the Arsenal Women Arsecast being released and on Friday, we have an exclusive interview with Frida Maanum on the site too.

Previous articleSouthgate calls up Smith Rowe, Gabriel into Brazil squad
Next articleArsenal 1-0 Watford: By The Numbers

Wubben-Moy and Parris start, Rafaelle on the...

Watched the first half of their game against Barca. And honestly, if they had been a bit calmer in certain situations they could easily have nicked a goal or two even before Barca had a breakthrough.

Their fans are boisterous too. It’s going to be a tough game.

P.S. PSG had over 15K fans supporting them tonight and they were LOUD! Wish we could see such kind of support for the English sides…

Looking at the video of the team practising in Copenhagen, I’m sure Fran Stenson was there. Did she come along just to re-establish contact with the others, or have they managed to get her registered with UEFA?

Yep this one could definitely be a banana skin.
Good luck to the squad. Backing Parris for goal after her superb assist the other day.