THE LOWDOWN
Arsenal travel to West Ham on the final day of the WSL season with the title still on the line. The Gunners trail Chelsea by a single point and Emma Hayes’ side entertain Champions League chasing Manchester United. United have to win to stand any chance of finishing third and nabbing the final Champions League qualification place.

If Chelsea lose, then Arsenal can afford to draw and then they will win the title on goal difference. However, Arsenal simply have to focus on winning at West Ham, that is the only element that is within their control. If you are looking for omens, Arsenal have never finished 2nd in the WSL. They have finished 1st, 3rd and 4th but never 2nd.

Congratulations on your new deals! 🔴

The club have demonstrated their satisfaction with the progress made under Jonas Eidevall by extending his contract until 2024 this week alongside men’s team manager Mikel Arteta. The Swede was at pains to point out that, whether Arsenal finish 1st or 2nd on Sunday, the journey has been very much the same.

“Chelsea’s result is not in our control, if we beat West Ham and Chelsea lose, or if we beat West Ham and Chelsea win, it’s the same result, we have done the same things this season.” There are certainly a few squad players who will be making their final appearances for the club this weekend, the question is whether Vivianne Miedema, Noelle Maritz and Caitlin Foord will be doing the same.

A WORD FROM THE BOSS
“It feels very relaxed, it feels like we are very focused on how we are playing and it has felt like that since the Chelsea game. That’s where our focus is, to perform against West Ham, that is what we can control. I won’t be keeping any eyes on the Chelsea score, I need my eyes to be on the West Ham game and our performance. We know there are some scenarios where it might be of interest to us to know the result, then we will make sure that information gets to us on the bench.

“It is fair to say I am a United fan this weekend too, of course, I would be lying if I said anything else. I hope they can win and finish in the style their season deserves. They have been a really, really top team and have proved to be difficult to play against for many teams. I hope they can prove that one final time this season.”

LAST TIME OUT
When the teams met at Meadow Park in November, Arsenal ran out 4-0 winners with a brace from Kim Little, a goal from Beth Mead and a Grace Fisk own goal. In the away match last season, the Gunners won 9-1 with a Jill Roord hat-trick, two for Vivianne Miedema and goals for Leah Williamson, Lisa Evans and Caitlin Foord.

THE OPPOSITION
West Ham are bidding for 5th place ahead of Tottenham, their best finish in their history and they have already achieved their record WSL points total this season. Coach Olli Harder came into an inconsistent team and playing squad last season, who were dragged into the relegation dogfight. This season, they have been a comfortably mid-table side.

The Irons have stabilised after a couple of indifferent years in the top-flight following their promotion in 2018. Under Harder, they play three centre-halves and a high pressing game. They certainly won’t give Leah Williamson and Lotte Wubben-Moy time on the ball to spray passes around the pitch.

West Ham have only won one of their last five games in the WSL and they were handily beaten by Manchester United last weekend. They will want to put that right with the last home game of the season in front of their own fans. Arsenal loanee Lisa Evans will not be eligible for the game since she is registered as an Arsenal player.

🗣️ "I’m disappointed that we weren’t able to get a foothold in the game."

PLAYER TO WATCH
All eyes will likely be on Vivianne Miedema with speculation about her future growing. She has still yet to commit to the club with her contract expiring at the end of the season. This could very well be her last game in Arsenal colours. With regards to this game, one of West Ham’s back three will likely be given license to leave the defensive line and not allow Miedema to turn and face goal.

A big part of Arsenal’s success in their last three games has been getting the Dutch forward into positions near the edge of the penalty area facing goal. West Ham will probably look to get touch tight to her to prevent that from happening. Then it comes down to Miedema’s ability to turn away from players in tight spaces, something she is well capable of. 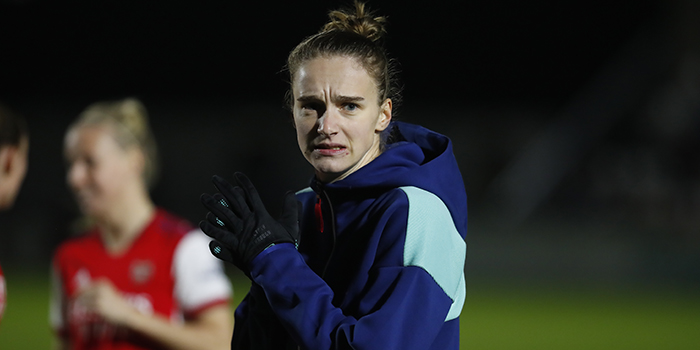 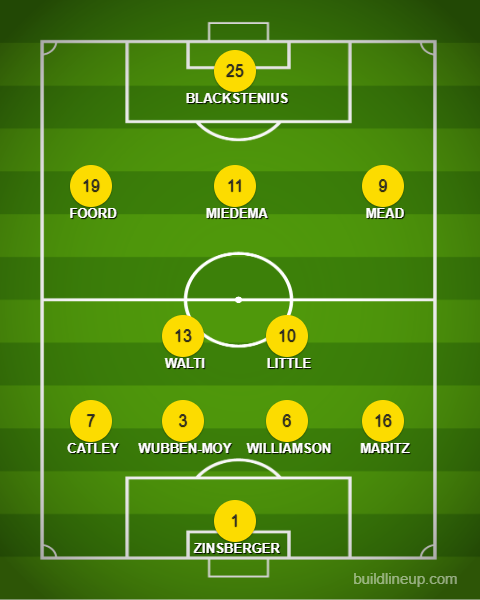 HOW TO CATCH THE GAME
The game takes place at Victoria Road in Dagenham on Sunday at 12noon and will be shown live on BBC Two in the UK. The game will almost certainly be carried by your local WSL broadcaster.

COMING UP
There will be an Arsenal Women Arsecast mailbag edition recording on Tuesday. We also hope to be able to bring you another exclusive interview during the middle of next week. Obviously, we will have post-match reaction from Jonas Eidevall and the usual post-match reaction video too. We will not go dark on the coverage during the off-season, we will cover off all of the main contract and transfer news and the podcasts will continue too!

Thanks again for all the amazing content this season, Tim!

Second this, I wouldn’t be as much of a fan of the women’s side if it wasn’t for Tim keeping us up to date and having great access to stories

Get a good night’s sleep tonight ladies and hammer the WHammers tomorrow. That’s all you can do.