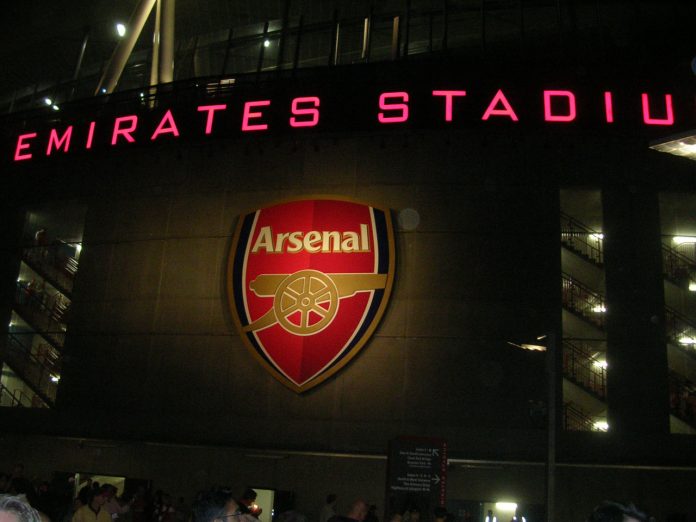 Former Arsenal director Lady Nina Bracewell-Smith believes that certain members of the board of directors at the Emirates should step down having reached the point where they can offer the club no more.

In April, Bracewell-Smith sold her 15.9% shareholding in the Gunners to Stan Kroenke after the American businessman reached a deal to purchase Danny Fiszman’s 16.1% stake. The latter, fighting a losing battle with cancer, appeared to engineer the negotiations with a view to safeguarding the future of the club from the advances of Alisher Usmanov. Kroenke has since successfully raised his total standing in the club to 66.64%.

Answering questions on Twitter, Bracewell-Smith made clear that she had not wanted to part with her near 10,000 shares while agreeing that smaller shareholders had suffered financially when the Arsenal board opted to sell to Kroenke at £11,750 per share rather than the £14,000 per share which Russian oligarch Usmanov was willing to offer.

“I had no choice [but to sell],” stated Bracewell-Smith. “Given the opportunity I would have liked it to remain status quo. I had grown to love the club. Almost like my baby!”

“I always thought 15k per share was the right valuation. The club has great potential. Sadly DF [Danny Fiszman’s] imminent demise brought about an early sale.

“I agree that current board should all go. They are passe [sic]. Have nothing more to give to the club at all.”

While making clear that both Club Secretary David Miles and long-standing director Ken Friar were both worthy of a place around the boardroom table, Bracewell-Smith’s comments appear more specifically to target the likes of Chairman Peter Hill-Wood, directors Chips Keswick and Lord Harris of Peckham and Chief Executive Ivan Gazidis.

Alisher Usmanov, whose Red & White Holdings owns 29% of the club, has yet to be invited onto the board and recently spoke scathingly about the actions of the current directors.

“If the role of a board member is to oversee a trophyless period, while making significant personal profits and asking fans to pay inflation-busting ticket price increases then, no, I would not want to be on the board.

“If instead it is to try to deliver sustained success, to increase your personal investment in the club, to help develop the commercial position and to ensure the fans have a say in the running of the club then, yes, I think I certainly have something to contribute.

“In terms of doing things differently, let me give you a very clear example. Arsenal has all of its major commercial contracts coming up for renewal in the next couple of years.”

Sort this board room shit out,it is killing us !!!!

She is so full of shit. She contributed little while she was a board member, she should take her £120m (or whatever it was) and stop talking.

I think that she is just stating the obvious that the board members including herself did very well out of the KSE takeover . It’s a shame that all of that cash changed hands but none of it went into the club.

It’s becoming clear the board runs the club for the benefit of the share price and not the fans or the trophy cabinet.

Can we all comment on goal.com stories relating to the Cesc saga with “CUoCO?” would be legend.

Also this woman is a cunt, for fear of putting it bluntly

Problem is, nobody reads goal.com or takes them serious. Its just a platform for angry Nigerian kids to vent their anger on anything posted, be it global warning, they’ll always trace it back to AW not signing their current squad on football manager.

Forget Goal.com. You expect nothing better.

On the other hand, the Guardian has a current streak of a new “story” three days running wherein the same hits-whore speculation is repeated ad nauseum. Each “story” is completely devoid of anything resembling actual journalism–no quotes, not even from unnamed sources, no verifiable information whatsoever–that is instead almost 100% invented “facts,” more akin to my daydreams as thoughts turn to Arsenal when I take my morning dumps. I’m vowing to avoid any link with “Cesc” in the headline until a deal is done or the transfer window closes August 31st!

Rising above it is pathetic. Fight back with a stream of equally angry but more grammatical retorts

Jin, I would champion a CUoCO campaign on the Guardian’s site, but they (wisely) do not allow comments on their non-stories.

There’s nothing so deadly as a woman scorned.

Why, Mr Hillwood, you old dog!

By the way, there has to be some sort of prize for the plumiest sounding football board members?

what an absolute legend…

can you handle the truth?

Everyone one of these shifty characters will continue to try and ride on the wave of discontent for their own agendas. What should matter is what happens on the field but this board room circus is damaging us. When the cash is splashed on Denilson, Eboue, Diaby etc and we won’t spend £20m on a good defender you know something is wrong. Players who are available and we should sign: Ramos, Schwienstieger, Eto’o. Players we are chasing: Samba, Chamberlain, Gervinho. Not saying there is anything wrong with the latter 3 but ideally they should be squad players not starters if… Read more »

As for LNB-S, whatever. She added nothing herself when she had the opportunity. It’s probably true what she says about wanting to hold out but not doing so because of DF’s deteriorating condition, but her criticisms are unfair, lumping Gazidis in with the rest. I would wager she was referring only to Chairman Peter Hill-Wood, and directors Chips Keswick and Lord Harris of Peckham, who are long-serving. Gazidis she barely knows. Gazidis was relatively recently hired in part _because_ the major commercial deals are all coming up for negotiation again, which is supposed to be his forte. His worth will… Read more »

I see she’s now deleted the tweets saying the board should go.

she was probably at the sherry all alone in her mansion

The board runs the club purely as a business, not a football club. Nothing matters except the balance sheet and the share price.

Well, their strategy will come unstuck if the team loses the forthcoming Champion’s League qualifier, which I would suggest is highly likely.

And why would you suggest that? On what evidence is it “highly likely”?

She has now posted a retraction, specifically backpedalling her one-sided criticisms of David Dein. Without recanting her “chauvinism” accusation per se, she acknowledged his contributions to AFC before his departure.

[…] Speaking on Twitter earlier this week, Bracewell-Smith called the Arsenal board ‘passe’ [sic] and said they had no more left to offer. However, speaking to the Daily Star the chairman said, “I wouldn’t pay any attention to it myself. I don’t know why she is suddenly sounding off. […]

[…] on, it was interesting to see some of Lady Nina Bracewell-Smith’s more forthright comments regarding Arsenal’s ownership situation on Twitter this week. She was rather candid that Dein and […]