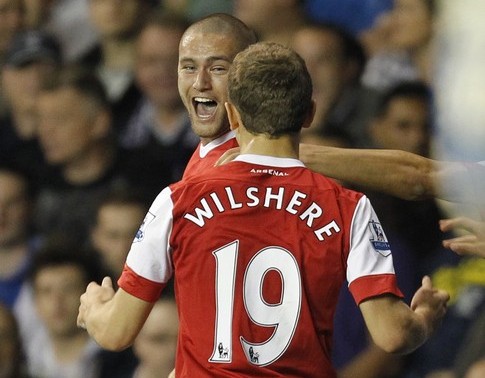 The 20-year-old, who scored for the Gunners in a Carling Cup appearance against Tottenham Hotspur in September, spent the second half of the season on loan with Norwich in The Championship and was integral to their promotion push.

An energetic and dynamic presence in the midfield, Lansbury now hopes that he has done enough to earn a regular first team berth at the Emirates alongside fellow Academy graduate Jack Wilshere.

Speaking about his future, on the eve of joining up with Stuart Pearce’s England under-21 side in Denmark, Lansbury is quoted by Sky Sports saying:

“I think Arsenal’s the goal now. I have to go back and give it a go from there. It’s a chance for me to show the boss that I’m capable of a first-team place and it’s up to me to do it.”

Reflecting on the rapid ascension of Wilshere to the full England team, Lansbury made clear that the progress made by his teammate following his loan with Bolton Wanderers was an inspiration for many young hopefuls.

“Jack’s taken his chance and he’s done well. He’s a great player and I think it’s a great bunch of lads here that can do the same thing.”