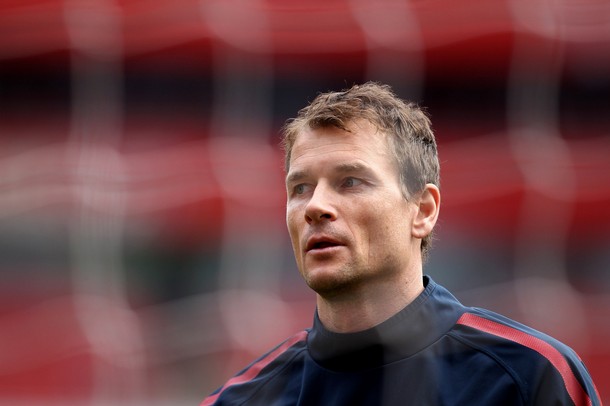 Manuel Neuer and Joachim Löw have both questioned Schalke’s proposed decision to offer Jens Lehmann a contract as speculation mounts in the German press that the 41-year-old veteran could be signed as cover at the Veltins Arena.

Neuer, who recently left Schalke for Bayern Munich, believes that his former club would be better served by keeping faith with 25-year-old back-up Mathias Schober rather than offering Lehmann a short term deal. The Champions League semi-finalists have already snapped up 22-year-old Ralf Fahrmann from Eintract Frankfurt with a view who has been pencilled in for the number one slot.

While admitting that he still held Lehmann in high regard, Neuer told homeland publication Bild:

“Lehmann was one of my favourite goalkeepers together with Edwin van der Sar.

“However, I have to be honest. I do not think that it would work out well if he joins Schalke.

“I would advise Schalke to have faith in Mathias Schober. He has been at Schalke for several years and has a lot of experience.

“He has always played an important role to keep me on top of my game. He could do the same for Fahrmann.”

German national team coach Joachim Löw also voiced his scepticism at the prospect of Lehmann returning to the Bundesliga a year after ending his career at Stuttgart. Speaking to Bild the coach insisted that knowing Lehmann he would not be satisfied just sitting on the bench,

“Basically, I would trust Jens, if he is fit. But I do not know if it makes sense for the team.

“Jens would not always be satisfied as the second choice, Jens always wants to play, that’s the ambition he has. They must consider whether they want the competition for places, and whether such competition is good.”