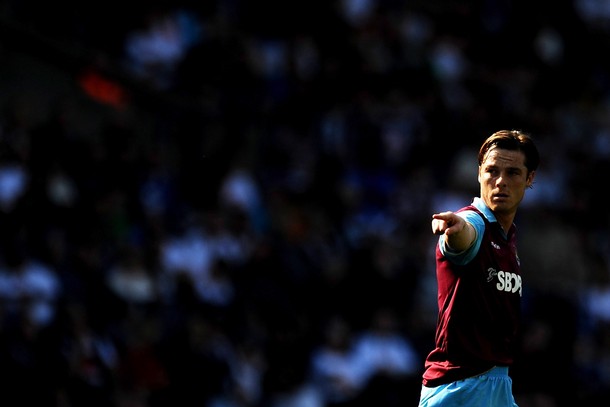 England midfielder Scott Parker has admitted that he has yet to decide where he will be playing football next season as speculation mounts about the West Ham United star’s future.

Arsenal are among a host of clubs thought to be tracking last season’s Football Writers’ Player of the Year with Tottenham Hotspur and Liverpool the other big name English clubs linked with his signature. Hammers’ owners David Gold and David Sullivan have already admitted that the 30-year-old is one of a number of players who will be sold this summer as the East End club tries to balance the books following relegation.

Speaking in the aftermath of England’s 2-2 draw with Switzerland, Parker told Skysports.com that his sole focus was on enjoying a holiday with his family after a long season at Upton Park.

“I’ve not really any idea where I might be playing next season.

“My main focus now is going away with my family on holiday and just relaxing.

“It’s been a tough season and my main focus is getting away,” continued the ex-Charlton and Chelsea man.

“I haven’t set myself a deadline. Whether you believe it or not, my main focus is just going away and relaxing and what’s to be is going to be.

“It’s out of my hands, out of my control, really, isn’t it? We will see what happens.”

While many Arsenal fans have warmed to the idea of Parker’s energetic presence in the centre of the park it remains to be seen whether Arsene Wenger will invest in a player who will likely face competition from Cesc Fabregas, Samir Nasri, Alex Song, Abou Diaby, Jack Wilshere and Aaron Ramsey for a starting berth.