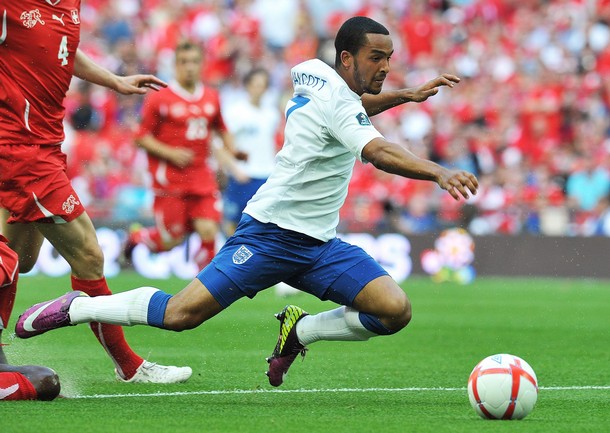 Arsenal winger Theo Walcott believes that his 13 goals in 38 appearances last season demonstrate a marked improvement in his performance despite him again being hampered by injuries.

The 22-year-old started the season in blistering form notching four goals in his first two appearances before he took a heavy blow to his ankle on international duty against Switzerland in September.

Reflecting on the injury and how he was able to recover to still play an important part for the Gunners, the England star told The Sun:

“Injuries are part and parcel of the game and I have had a lot in my career but it’s how you bounce back from them. I am more able to deal with those situations now. It was not as bad as it could have been and didn’t affect me too much.

“I had the best season I’ve had in a long time. I have scored a lot of goals and got more assists.

While Walcott’s own form represented career progress, Arsenal again fell from Premier League title contention in the final months of the season and will now have to qualify for the Champions League via a play-off. Reflecting on the disappointing end to the campaign, the former Southampton man continued:

“As a team we weren’t able to perform to our abilities in the last few games. We should have got third but it was just snatched away from us.

“We have only got ourselves to blame on that front. We have to win trophies but I think we can do it next season.”

Walcott started England’s return fixture with Switzerland at Wembley yesterday on the right side of midfield but was unable to help Fabio Capello’s side secure three points. Arsenal teammate Jack Wilshere also featured for the Three Lions while fellow Gunner Johan Djoujrou played for the Swiss as the side’s drew 2-2.